The main concourse would become a venue for events. The rest of the indoor space would be mixed-use, which could be for businesses, office space, or creative arts. 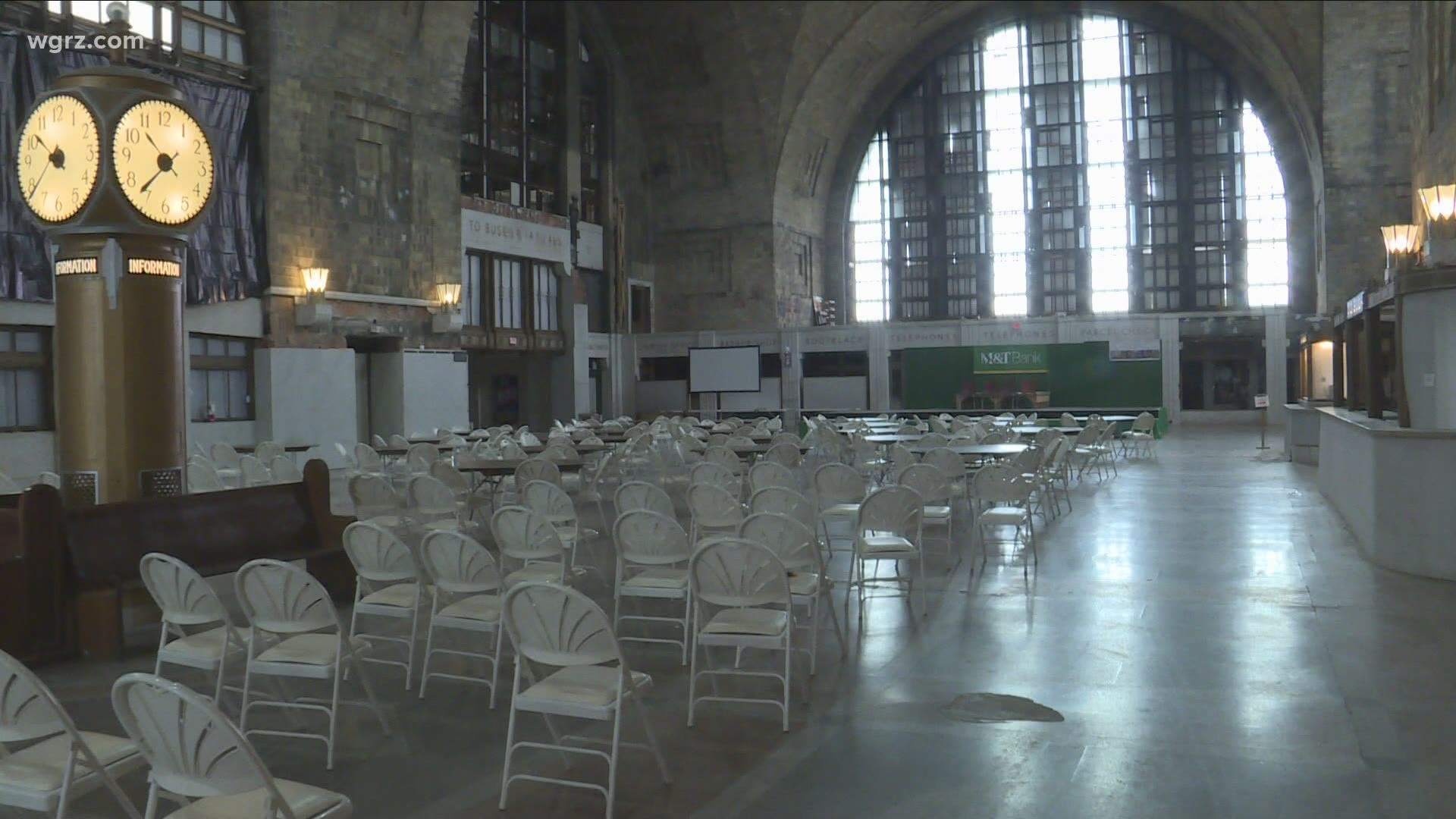 BUFFALO, N.Y. — The Buffalo Central Terminal has overlooked Buffalo's East side for decades and has sat vacant since the last train rolled out in 1979.

The wheels are now in motion to figure out the future of the Buffalo Central Terminal in the Broadway-Fillmore neighborhood. On Thursday, during a public meeting, the community was able to weigh in on its master plan.

"There is still room for feedback. We want to hear from people, and then we will roll it all together into the final master plan that will be out in about a month," Buffalo Central Terminal executive director Monica Pellegrino Faix said.

The master plan, which was funded through a $400,000 grant from Gov. Andrew Cuomo's Buffalo Billion initiative, would turn the terminal into a year-round destination.

Pellegrino Fiax said the main concourse would become a venue for events, and the rest of the indoor space would be mixed-use which could be for businesses, office space, or creative arts.

"Basically, we want to make a place where people want to be, and we already know we have a good start with the buildings as they are," she said.

During the meeting people spoke about the importance of preserving the current concourse structure, connecting the terminal to the neighborhood, and creating greenspace around it.

Once the master plan is finalized, the Buffalo Central Terminal Restoration Corporation will then start the process of looking for a developer and the project has already garnered interest.

The historic structure caught the attention of developer Douglas Jemal, who called the property "a gem" and "love at first sight."

During an exclusive interview with 2 On Your Side's Michael Wooten, Jemal said "this is a broad brush of what I would do. I would do a supermarket, possibly a Wegmans. I'd do residential, I'd do office, an extension of a tech hub. It's unlimited, the potential that it has."

Pellegrino Fiax added: "We were very excited to have someone of Douglas Jemal's caliber to express interest in the terminal and the Broadway-Fillmore location. We reached out to him to reconnect right away, and we talked about reconnecting after the master plan was complete."