The Western New York National Cemetery is the 152nd VA national cemetery and the sixth open VA cemetery in the state. 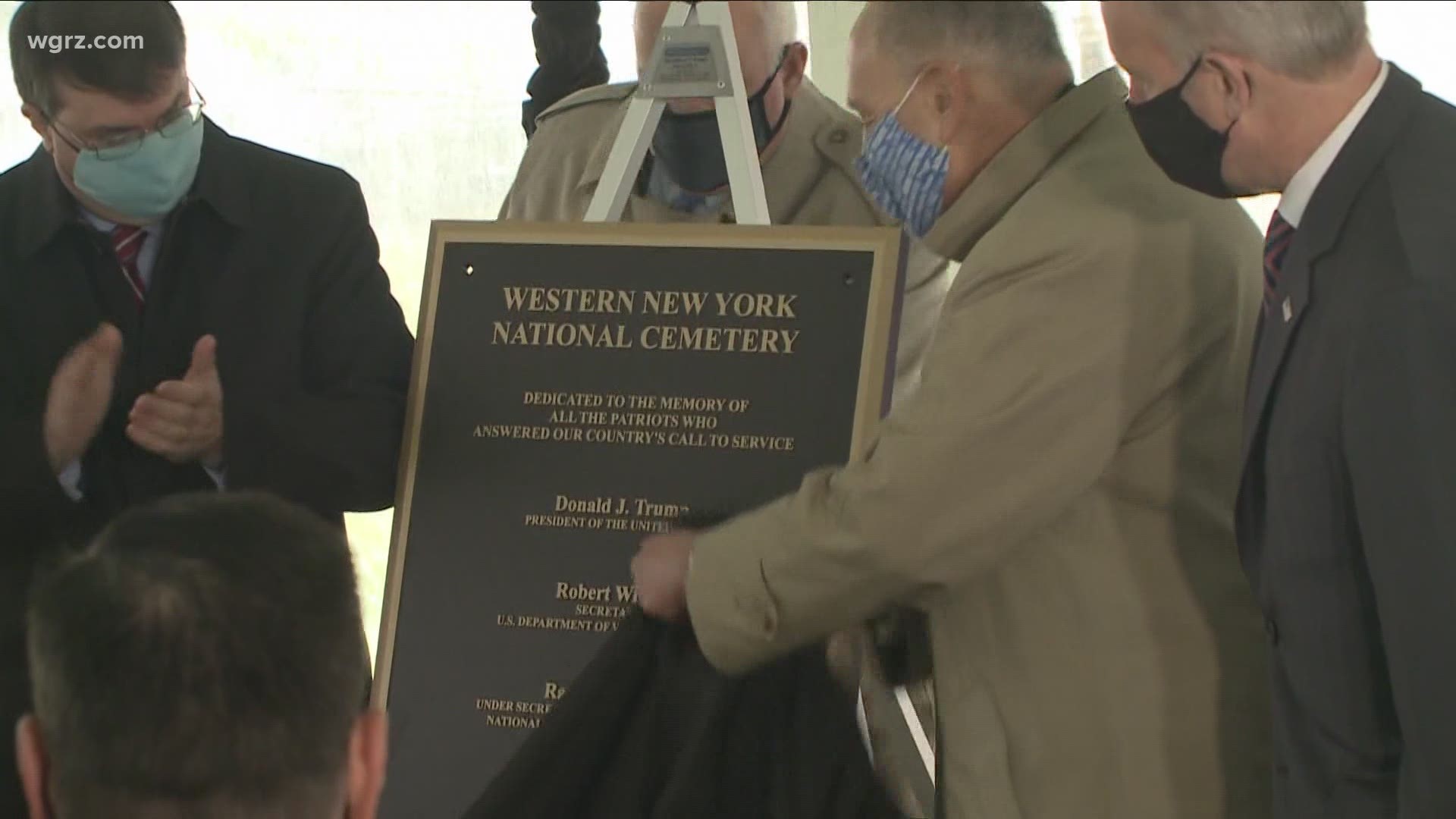 CORFU, N.Y. — Lawmakers and veterans have been working for years to get Western New York its own veterans cemetery, and on Monday, a long-awaited dedication ceremony was held in Corfu.

Before Monday, the closest national cemetery for veterans was over two hours away, located in Bath, New York. The $36 million cemetery finally came together after a $10 million commitment from the federal government last year. Dr. Patrick Welch, a Western New York veterans advocate, lobbied this cemetery to Senator Chuck Schumer (D-NY) in 2008, sending the senator a petition with 10,000 signatures on it.

“Today at long last, veterans across Western New York will have a fitting resting place and eternal place of honor right here in the very community they dedicated their lives to defend and serve," Schumer said. "Dedicating this hallowed ground today answers the call of veterans who organized over a decade ago for a local National Cemetery. I was proud to take up their call and work alongside them to now realize this day.

"Now a grieving family will not be left to travel over 200 miles from their home to bury or visit their loved ones. Now the veterans of Western New York who have done so much for us and our nation will have a proper burial, at a National Cemetery close to their home, family and thankful community. The Western New York National Cemetery is a testament to the thousands of veterans across this region, who through their service and sacrifice in defense of our nation, have earned a place in our nation’s newest national shrine."

The cemetery will honor more than 77,000 veterans and family members in the Western New York region who will have a proper military burial at the site.