Ryan Suitor helped save 2-year-old Kasper after his mom pulled over on the Thruway when Kasper's face turned purple while she was driving. 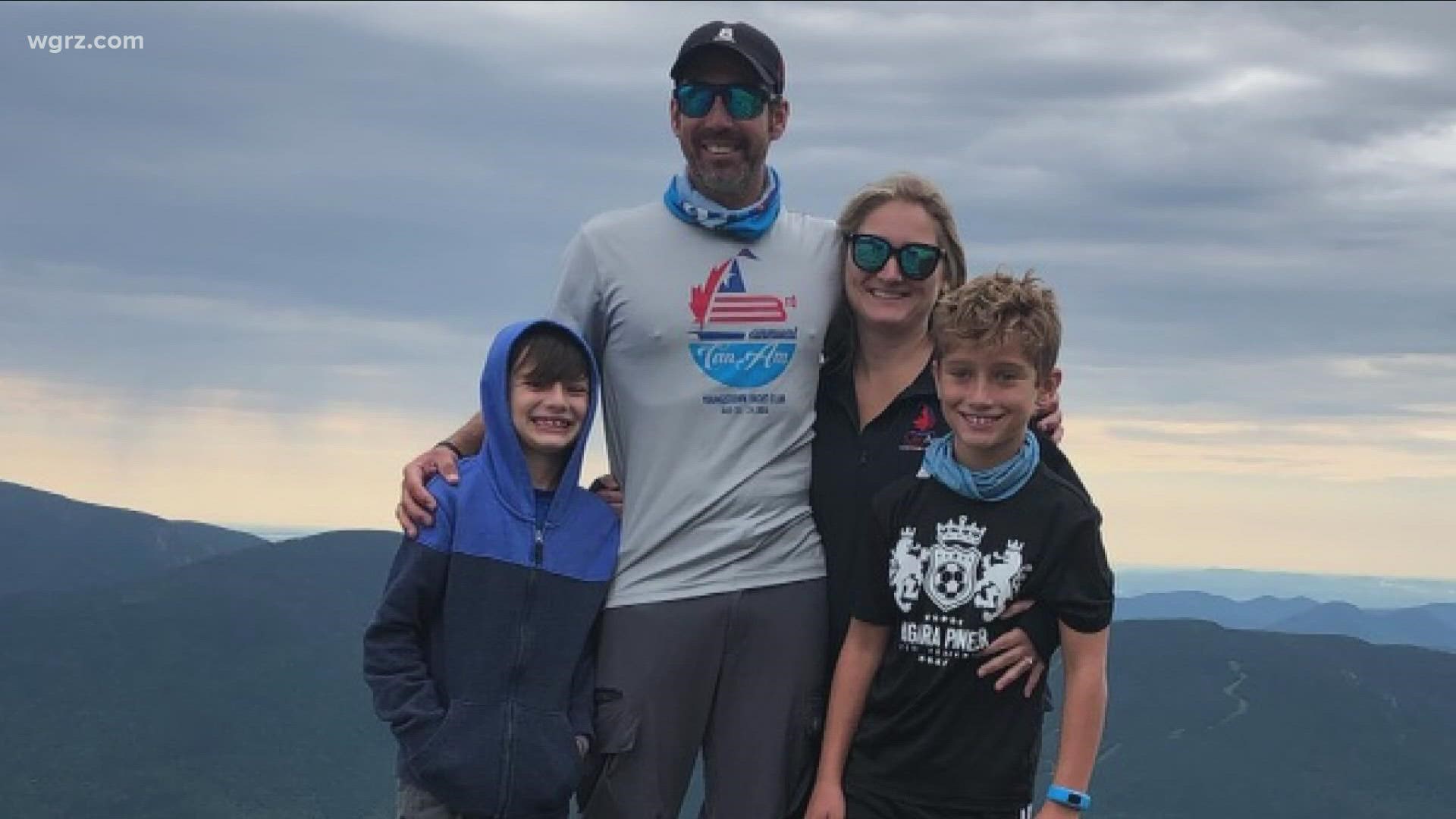 LEWISTON, N.Y. — On Tuesday, State Senator Robert Ortt awarded the New York State Liberty Medal to a Western New York man for his heroic efforts to save a 2-year-old boy back in April.

Ryan Suitor was on his way home from work at BOCES, where he works with children with autism, in mid-April when he noticed a woman trying to flag down cars from the side of the I-190. That woman was Susan Rozanski, and while she was driving her 2-year-old son's face had turned purple.

Suitor quickly got Rozanski and her son Kasper into his car and rushed them to the hospital. He waited with her until she was told her son would be ok. It turned out he had a severe case of Roseola, a common virus young kids get.

"The quick thinking and heroic actions of Ryan are something that we should all be thankful for," Ortt said. "It is not every day that we have the opportunity to make a real impact on the lives of strangers, but when this situation presented itself, Ryan didn't hesitate. In a situation where seconds make a world of difference, his courage and decisiveness saved the life of a young boy. Thank you, Ryan."

Suitor received the medal on Tuesday with his wife Diane present.