"Just to be able to help our fellow brothers and sisters down at FDNY, it was just a great honor" 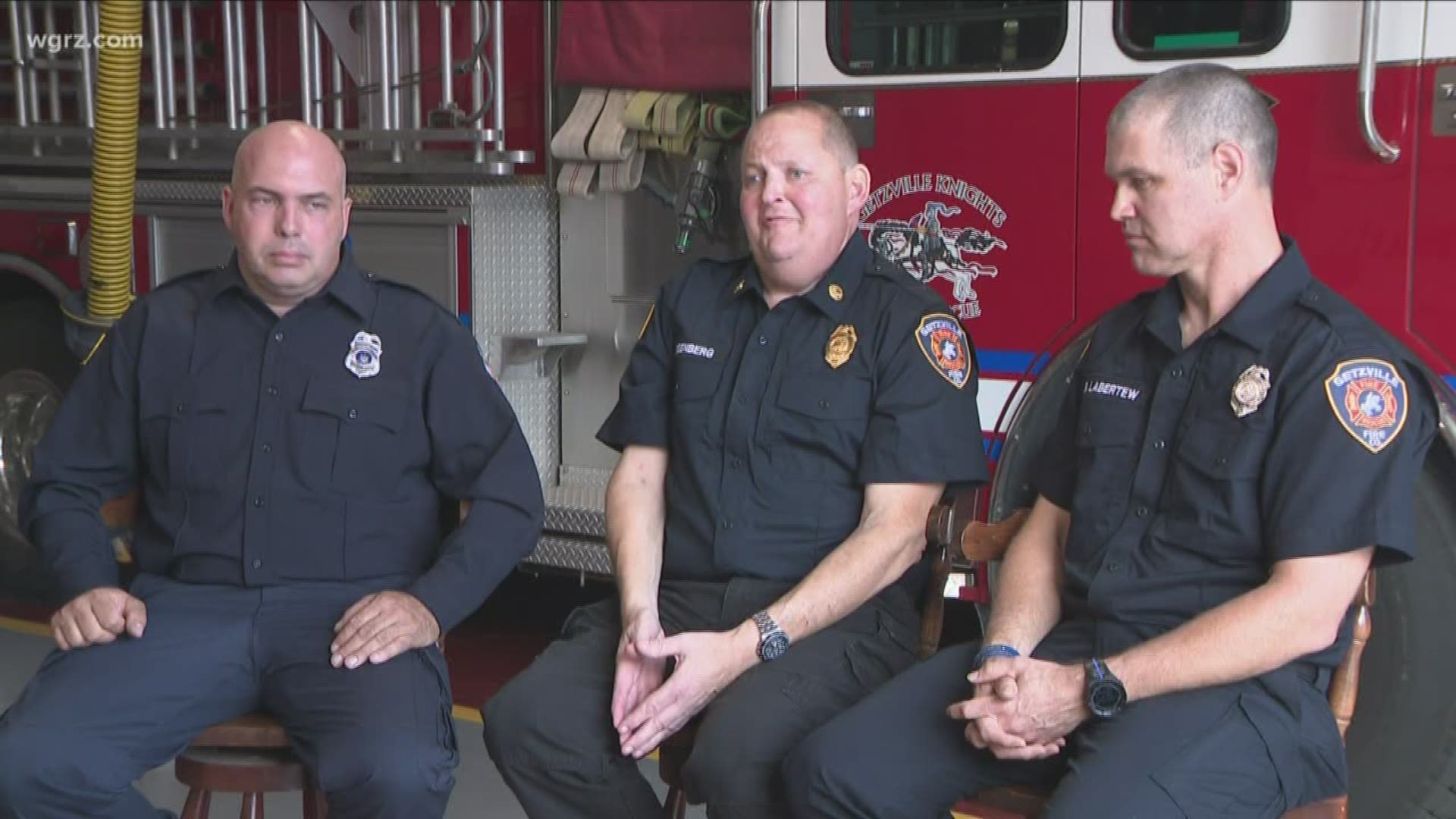 GETZVILLE, N.Y. — On September 11th 2001, 343 firefighters lost their lives during the attack on the World Trade Center. On that day and in the coming weeks firefighters from across the nation risked it all to help. Western New York first responders were no different.

Following the attack, 22 volunteer ambulances from Erie County were sent to ground zero, which included four firefighters from the Getzville Fire Company in Amherst. The long convoy of ambulances filled with first responders left on September 16th. The group drove seven hours to Manhattan not knowing what they would find.

"I was overwhelmed it was very emotional to see" said former Getzville Fire Chief Irving Isenberg.

"It was a kind of tribute to the human spirit to see all of those people coming to welcome us and thank us" said former Getzville Fire Chief Bob Zacher.

The start of their 24-hour shift had them staged in the heart of ground zero near Albany and Washington streets.

"There's all of these people that are dead, a lot of firefighters that our trapped still, a lot of civilians that are caught buried in this debris," said Isenberg."It's like, ok what can we do to help?"

The firemen were assigned to assist EMS with any rescues. Unfamiliar with Manhattan they needed to figure out where the nearest hospital was.

"We stopped by an old telephone or pay phone and ripped the page out that had a map of downtown Manhattan" said Zacher.

"Everyone was working together, we were all on one big team, for one common goal" said Getzville fireman Ryan Labertew.

They say everywhere they looked were memorials, photos of missing people and candlelit vigils. Many people left behind messages of love and hope. The four men decided to add their own message among the rubble and dust.

"They still had the mindset of rescue but they were trying to recover anybody that was still in there and the debris was still burning" said Isenberg.

Isenberg was diagnosed three years ago with multiple myeloma, he says it's a common cancer found in 9/11 first responders.

"The number of people that died in 9/11 is not finite because of the after illnesses that occurred" he said.

Their memories live on in pictures and pieces they wrote for their children who will read about that day in history books. Though their sacrifice and courage would qualify, Labertew said they are not the heroes.

"The heroes were the people that climbed those towers with a pretty darn good idea they weren't climbing down," he said. "They had to know. Those are the heroes, they kept climbing a hundred stories cause they thought they could make a difference."

"Just to be able to help our fellow brothers and sisters down at FDNY, it was just a great honor " said Isenberg.