The Pink Cow is one of 25 small businesses giving back to Make-A-Wish. 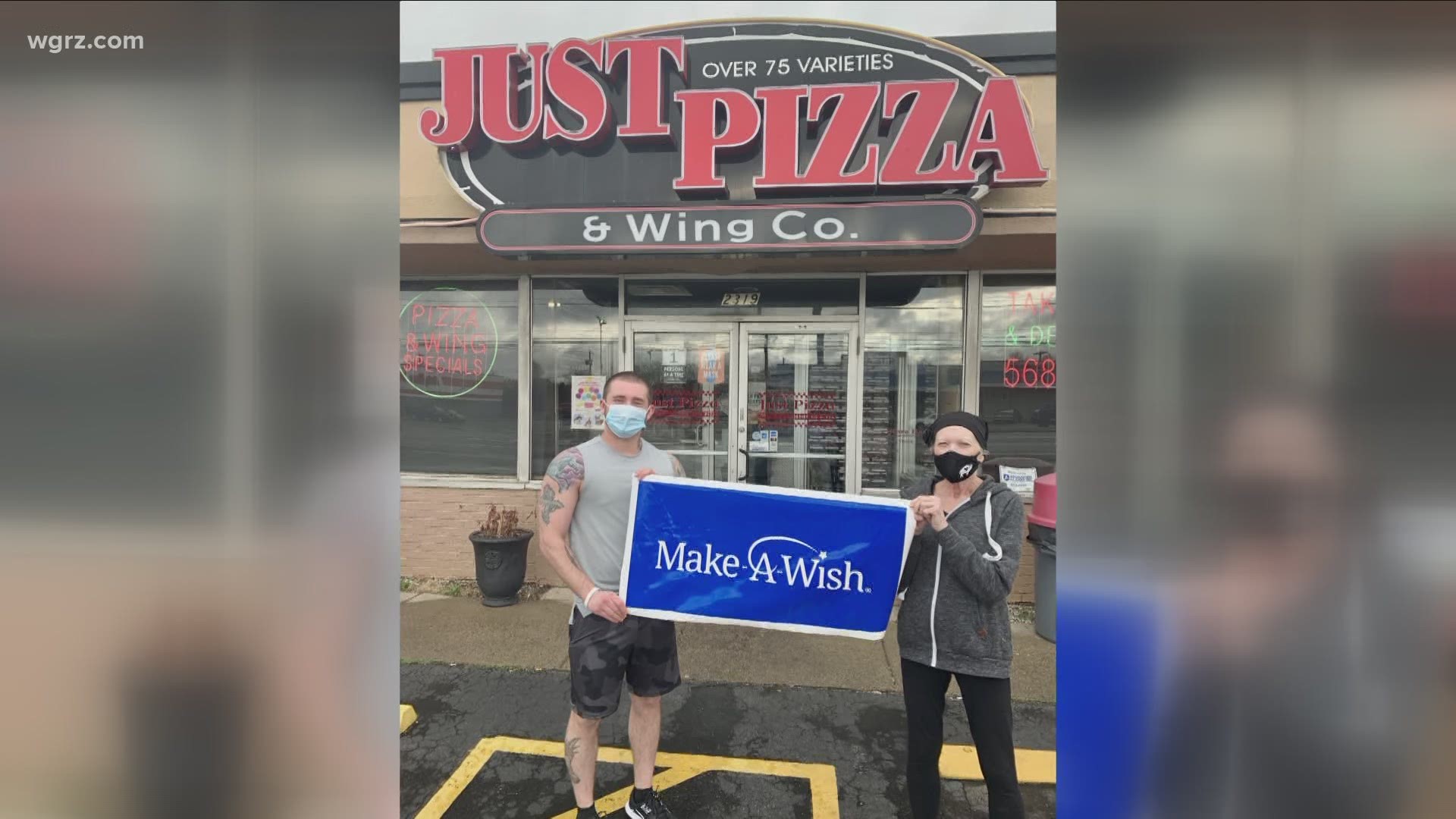 BUFFALO, N.Y. — Last year, Hanna Ross' cousin Madison was supposed to have her wish granted by Make-A-Wish, but then the pandemic hit.

"So instead of her Scotland trip, they had Scottish bagpipers come to her house and put on a whole show in her driveway," Ross said, co-owner of the Pink Cow ice cream shop in Alden.

Seeing her own family members and even some of her customers at the Pink Cow impacted by the organization, it was a no-brainer for Ross to now give back to Make-A-Wish this month.

"We really do believe that your community supports you so you should support them and if businesses don't do that, then you don't have that strong community base that Buffalo is super known for," Ross said.

Anyone who buys the Peanut Butter Patty Paradise or the Chup Berry Slam parfait will have part of the proceeds go to the organization.

The Pink Cow is one of 25 small businesses giving back to Make-A-Wish, after a WNY couple asked them all to team up to help with their fundraising goal.

That's even despite the challenges businesses like the Grand Island Fun Center have faced during COVID.

"The only way to describe it is a rollercoaster," said owner David Glian.

The fun center was shut down for half of its six-month season last year. They're back open now with a new arcade.

Anyone who stops by will have $1 of their new or recharged game card go to Make-A-Wish.

Even without a pandemic, these businesses would still do their part for the community.

"It's not a matter of timing, it's about doing the right thing. Giving back is what Buffalo is all about. Make-A-Wish had trouble raising money. We'll do whatever it talked to give back to the community," Glian said.