Supervisor Gary Dickson proposed 14 different items on proper ways to conduct meetings, which includes the behavior of the general public in attendance. 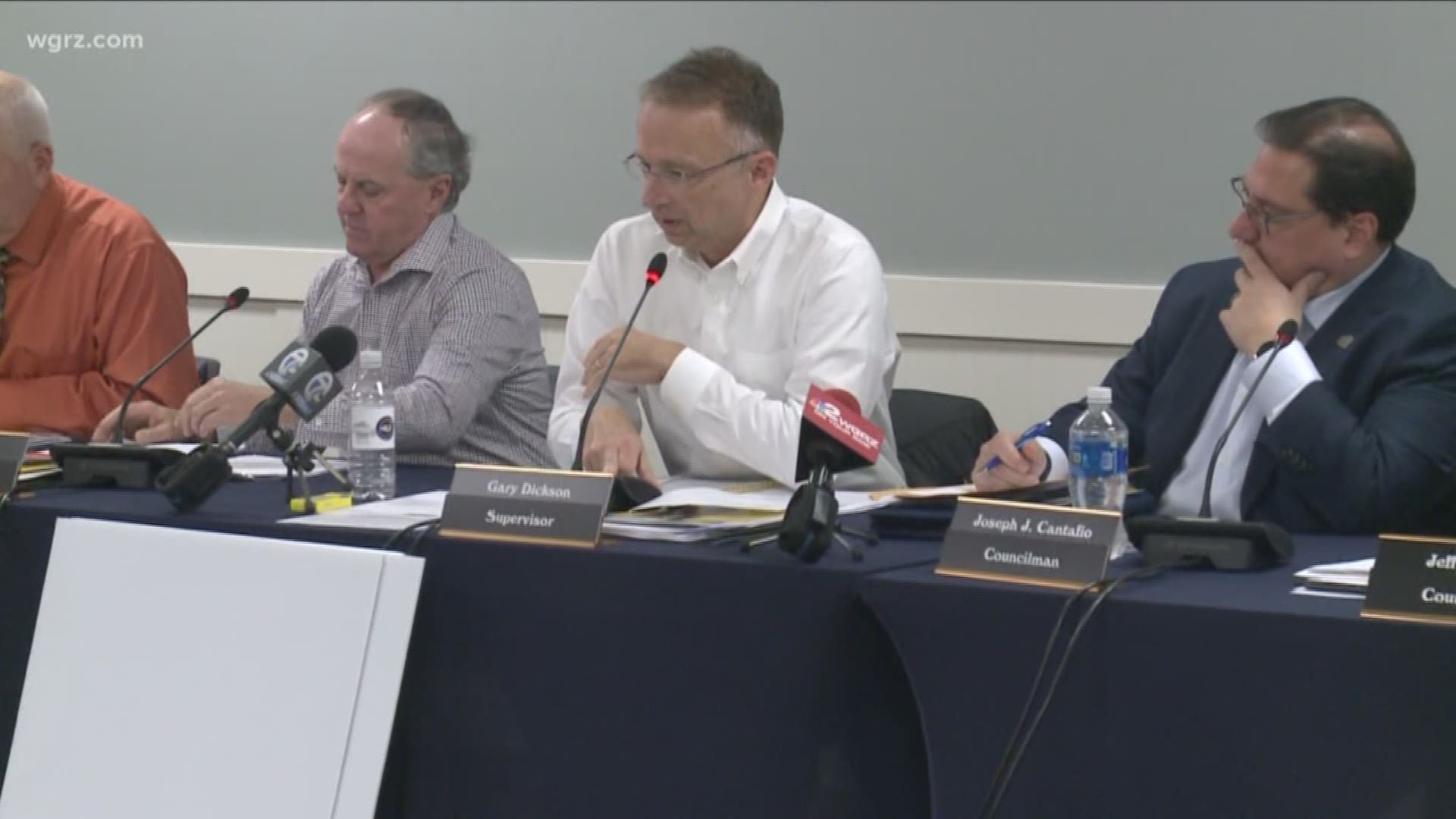 WEST SENECA, N.Y. — The West Seneca town board voted Monday night on a resolution that was tabled back in January concerning rules of order at Town Board meetings.

Supervisor Gary Dickson proposed 14 different items on proper ways to conduct meetings, which includes the behavior of the general public in attendance.

The big sticking point last month that caused it to be tabled was item 12, which states: "No member of the public shall engage in any demonstration, booing, hand clapping, or otherwise disrupt the formality of a town board meeting."

During Monday nights board meeting, item 12 was amended and rewritten entirely.

"To maintain proper decorum during town board meetings no member of the public shall engage in behavior that could be construed as obscene, threatening, violent, or significantly obstructs the ability of the meeting to proceed. Engaging in this type of behavior may result in the boards decision to remove you from the meeting."

Dickson said the rule would be used for scarce situations.

"In a situation where a person or a group of people are so disruptive that we cannot continue the meeting" he said.

Despite the amendment, councilman William Hanley voiced his concerns about removing people from public meetings.

"I believe that the public has the right to say what they want without the fear of getting thrown out of a public meeting," Hanley said.

The board chose to amend the rule again to eliminate the boards ability to remove someone from a meeting. The proposal passed by a 4-1 vote.

You can read all of the items included in the proposal here.

RELATED: Town of Tonawanda board approves next step toward lighting Niagara Falls Boulevard