More than 100 rescue animals will be up for adoption from September 26 to October 2 from 11a-7pm at the PetSmart in Amherst. 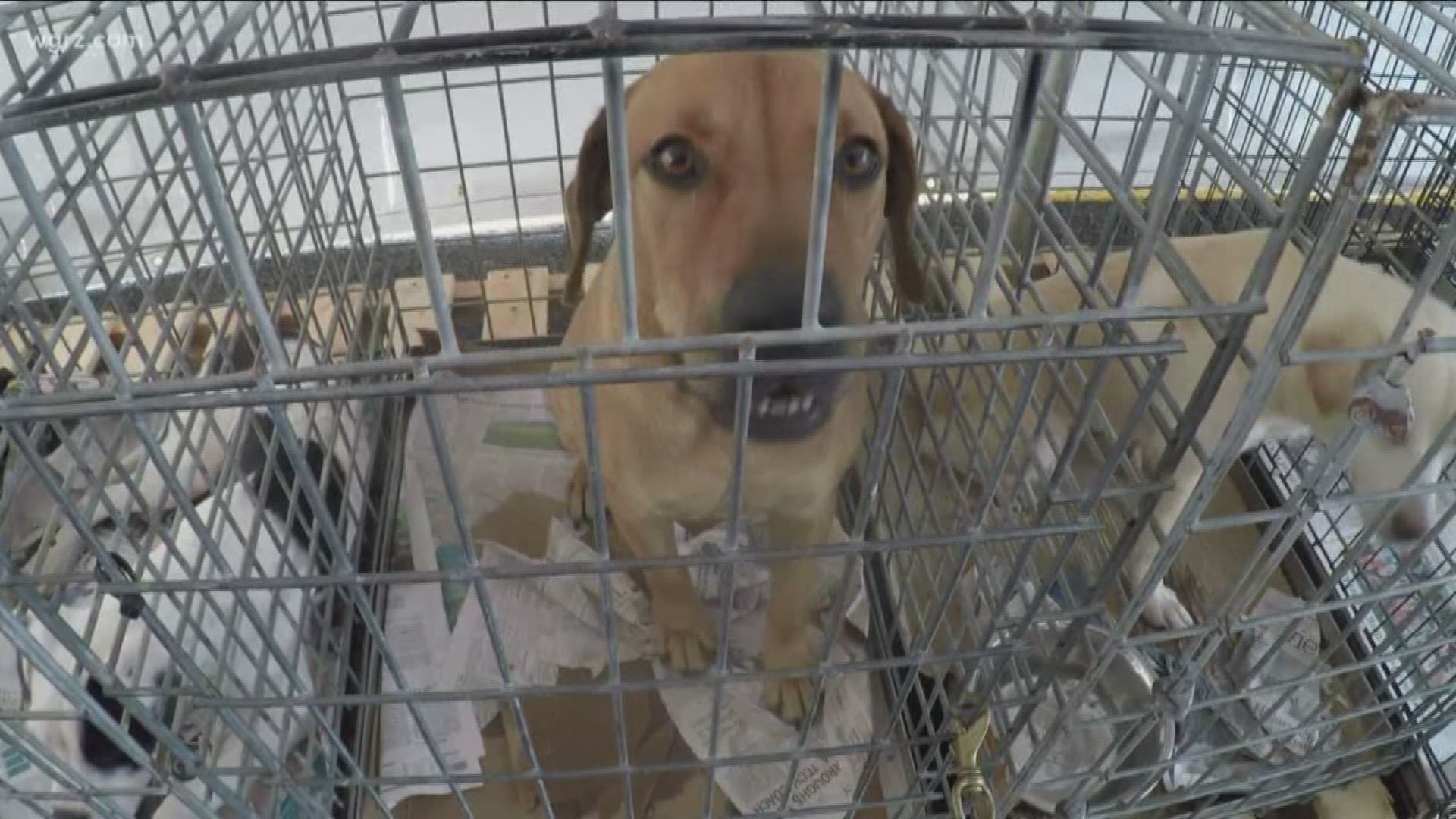 AMHERST, NY- Do you have a loving home and are looking for a new pet?

More than 100 rescue animals will be up for adoption from September 26 to October 2 from 11a-7pm at the PetSmart in Amherst.

The adoptions are through the Boudreaux's Animal Rescue Krewe (BARK). They are a no-kill rescue located in Louisiana. They take in animals from shelters that are due to be euthanized and find them new homes.

BARK has been helping animals find new homes since Katrina. Normally, they head to the Niagara Region in Canada, but the interest of folks in WNY wanting to adopt animals brought them to Amherst.

"We have been transporting animals up north since Hurricane Katrina. We normally work with different humane societies in the Niagara Region in Canada," said Jillian Long, co-founder of BARK. "In recent months we have had more residents from the Buffalo area adopt from us and express interest in us hosting an adopt-a-thon in the Buffalo area which is what brought this event to light."

The animals will be transported to WNY via a 48-foot trailer that is climate-controlled. Each animal will have it's own kennel during transport.

There will be about 100 dogs and seven cats making the trip. They are all neutered or spayed, have their vaccines and are micro-chipped. If you're interested in adopting, you will need to go through an application process.

Any animals that are not adopted will return to Louisiana, but the shelter hopes they all get adopted.

More information on what animals are up for adoption, and the process to adopt, can be found on the organization's Facebook page.