'We thought he was dead' | Shepherd the miracle puppy is recovering, but who dumped him?

This 9-month-old pit bull mix was dumped in a gutter like a piece of garbage. We got our first look at his recovery. There's a $10K reward for an arrest. 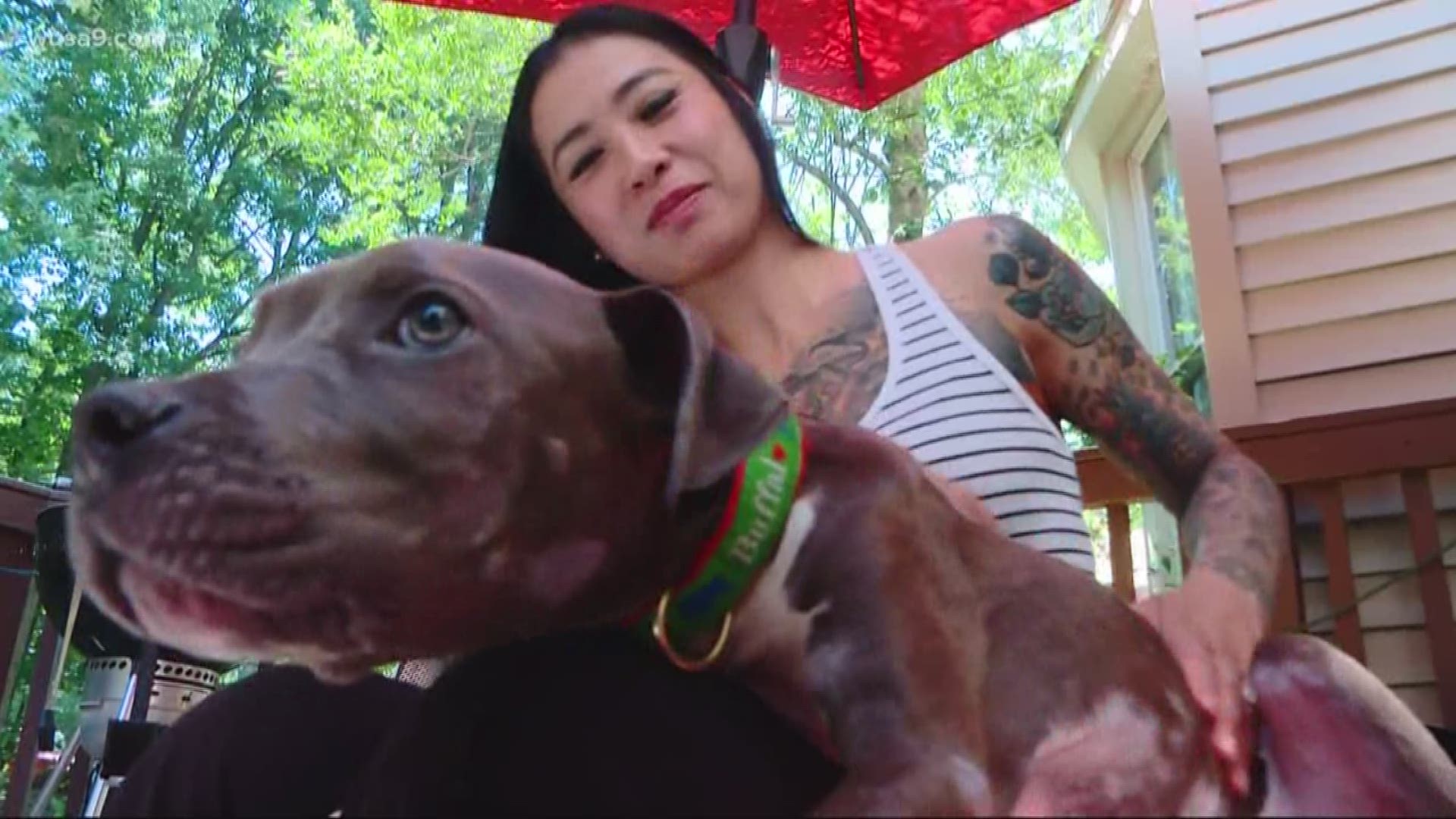 BURKE, Va. — When he found him, the 9-month-old puppy was so far gone, the rescue worker thought he was dead.

But the pit bull mix had a pulse. He was breathing. And now the little guy they've named Shepherd is making a remarkable recovery.

We just got the first chance to see him in foster care. He's sweet and friendly and licks everything. He wags his skinny tail at everybody, but still tires easily.

There's a $10,000 reward for information leading to the guy who nearly killed him. "It's probably one of my top priorities, said Officer Shannon Rose of D.C.'s Humane Rescue Alliance, about her efforts to track down a suspect. "We're trying like hell."

Despite the very rough start, the nine-month-old is resilient. "I would never have guessed anything was going on with him. He had been the most easy-going, laid back puppy," said Kim O'Keefe, who is taking care of him at her home in Burke, Virginia until he gets better and can be put up for adoption.

On July 10, an officer with D.C.'s Humane Rescue Alliance found Shepherd dumped in a gutter, barely alive, covered in mange, and severely emaciated. Someone in a dark-colored, four-door sedan with no hood had tossed him out like garbage on Okie Street, Northeast -- just around the corner from the shelter.

"I would think someone has probably seen it," said Officer Rose about the car.

When they found Shepherd, his blood so thick from dehydration, they thought his organs would fail. He spent nearly a week in the animal hospital.

When she got him, O'Keefe said, "He could barely stand up. He could walk maybe two to three feet before he would collapse."

But she said he's getting stronger everyday. "His energy is picking back up. He's actually running now.... Super friendly. Loves people, gets excited to see the other dogs. He's been great with our adult cats," she said. He's potty-trained, sits on command, and walks easily with a leash.

Hard to explain how someone could be so cruel to such a sweetheart.

The Humane Rescue Alliance says if you find yourself unable to afford food or unable to care for your pet, just bring the little guy to the shelter and they'll help you or take him in.

Which is one of the things that's so crazy about this case. Shepherd was dumped just around the corner from the shelter, where he lay in the gutter for 12 hours. If they'd left him in the shelter parking lot, he would have gotten help much earlier.