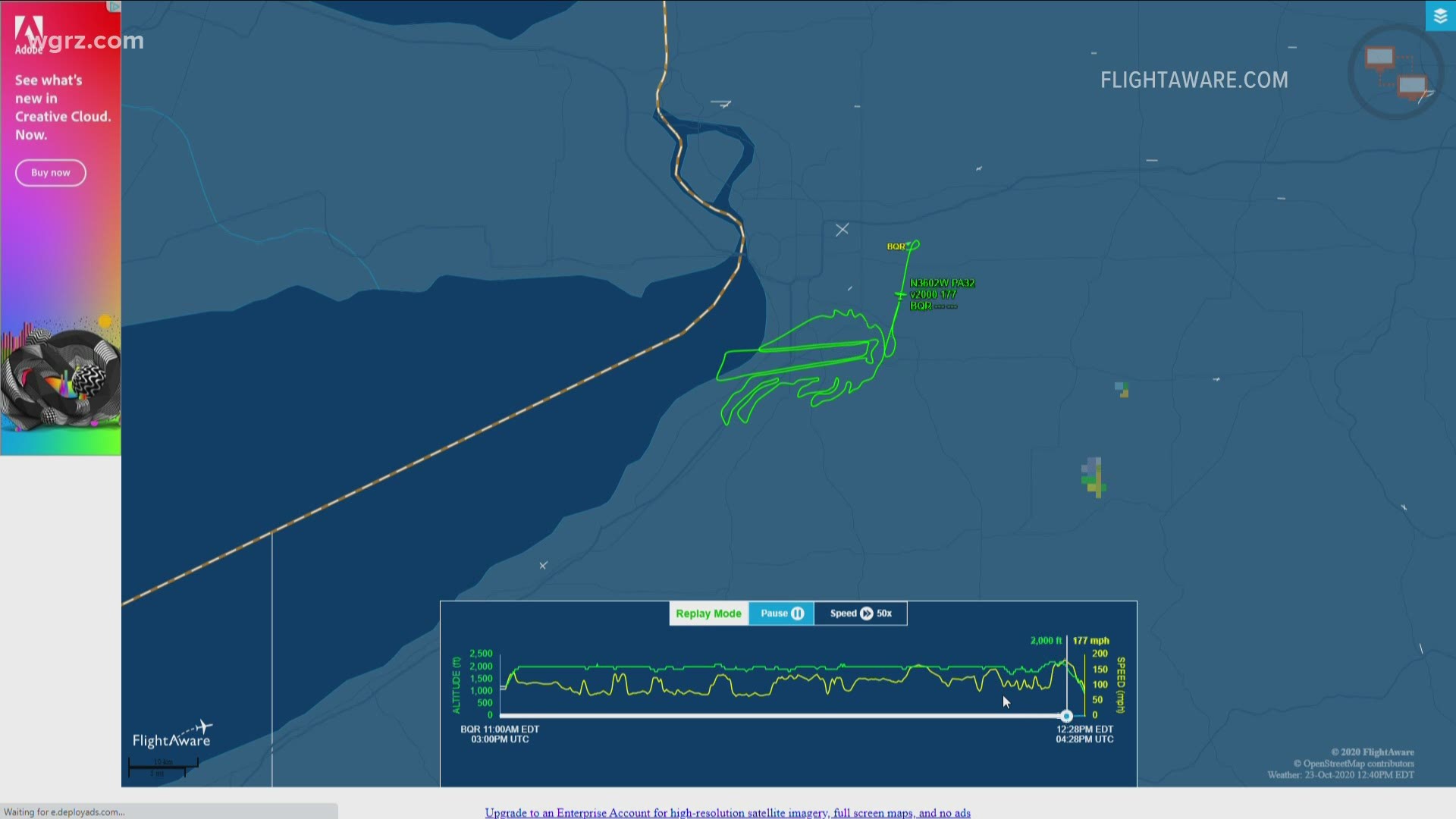 ORCHARD PARK, N.Y. — If this doesn't scream "Let's Go Buffalo," nothing else will.

A Bills fan who owns a private aircraft took off Friday morning around 11 a.m. from the Buffalo-Lancaster Regional Airport and went on a joyride over Orchard Park and drew a Buffalo Bills logo in the air over Bills Stadium and surrounding areas.

2 On Your Side obtained information and video from FlightAware and it shows that the plane laded at 12:28 p.m. 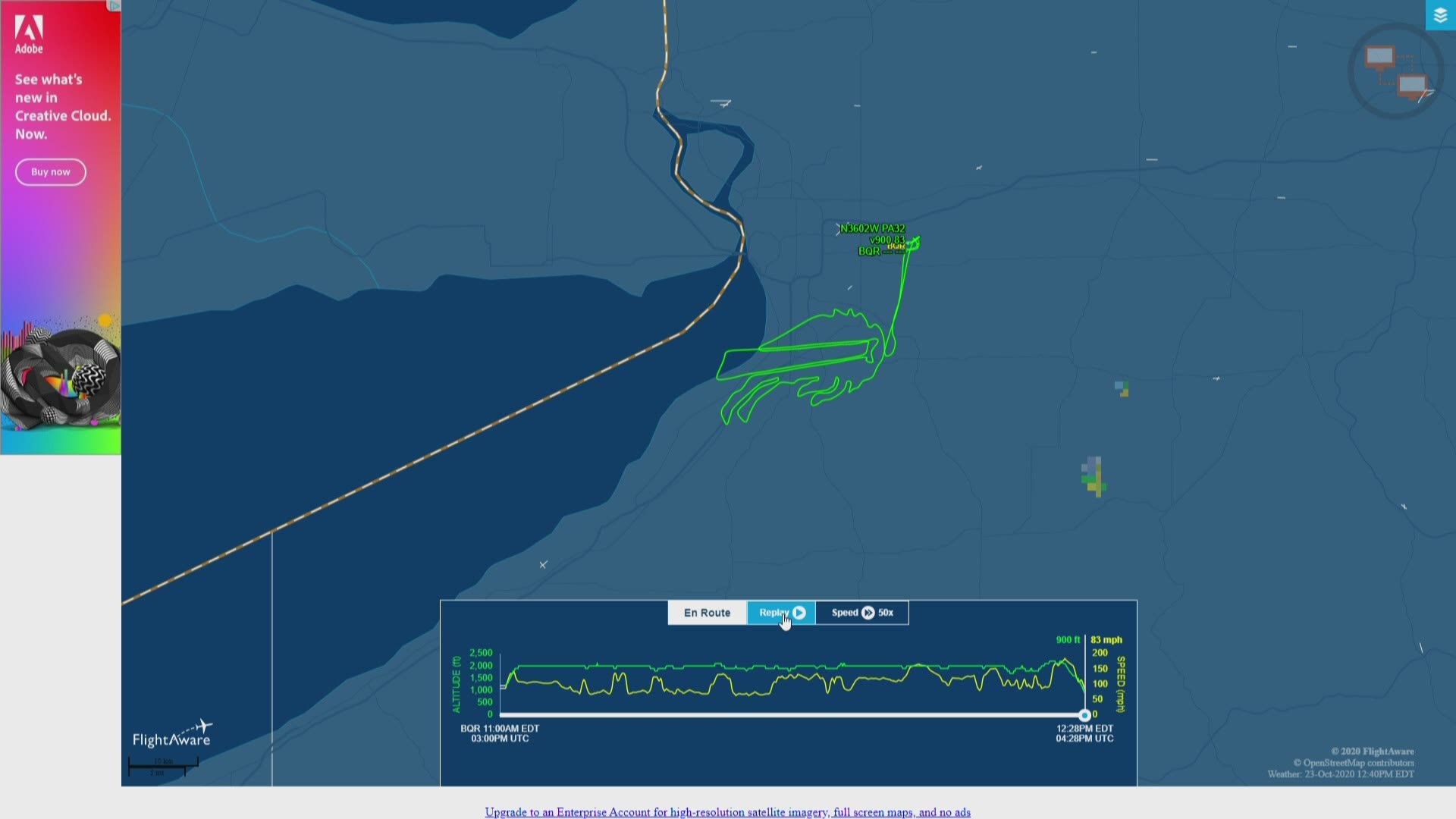 When asked why he did it when he did, Mike Jeswald told 2 On Your Side that it was perfect timing with the Bills game this weekend against the Jets.

"Just going to use for my own personal archives and share it with Bills Mafia just kind of reinvigorating the Bills mafia spirit and the funny thing is we're playing the Jets this weekend and I thought what a better way to rub the salt in the wound is to use an airplane against the Jets."

Mike has been a pilot and flight instructor for almost 20 years and says he's been brainstorming this idea since 2018. This morning he woke up and just said "why not!"

"Since I had the power reduced because I didn’t really need to get anywhere fast, it took 19.9 gallons of 100LL (“100 low lead”) aviation gasoline."

The Buffalo Bills even took to social media showcasing the flight.

Spotted in the sky above Buffalo. 😍#GoBills | #BillsMafia pic.twitter.com/4dyrfGTn2t