More than $100,000 was donated to the Teacher's Desk to make it happen, all thanks to Bills fans nationwide. 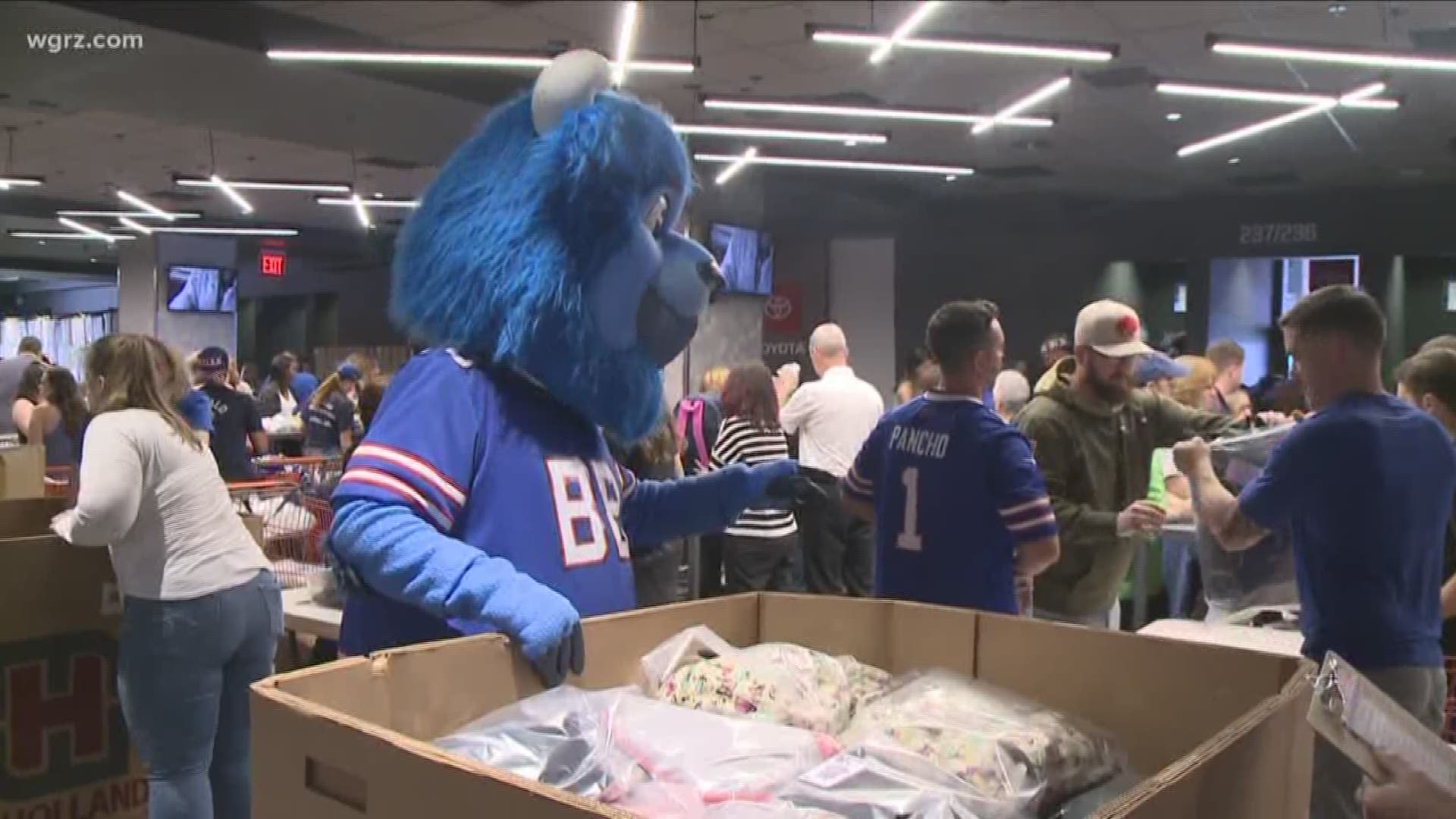 BUFFALO, N.Y. — It was a big day at New Era Field, where hundreds of volunteers spent the afternoon filling backpacks with school supplies Monday.

It was all in memory of Bills super fan Pancho Billa, whose final wish was for people to donate supplies to kids in need.

More than $100,000 was donated to the Teacher's Desk to make it happen, all thanks to Bills fans nationwide.

"The wide reach of Bills Mafia, you know, the sense of community that's up here is outstanding," Bills long snapper Reid Ferguson said. "And it reaches further than Buffalo. I'm from Atlanta, and I've run into Buffalo fans down there. You know, it's nationwide."

Those 10,000 backpacks will be given to students in need right here in Western New York, as well as Ezra Castro's home state of Texas.

Volunteers needed to pack 10,000 backpacks in honor of Pancho Billa