Investigators were back out at the scene of the fire trying to learn more about what caused the fire. 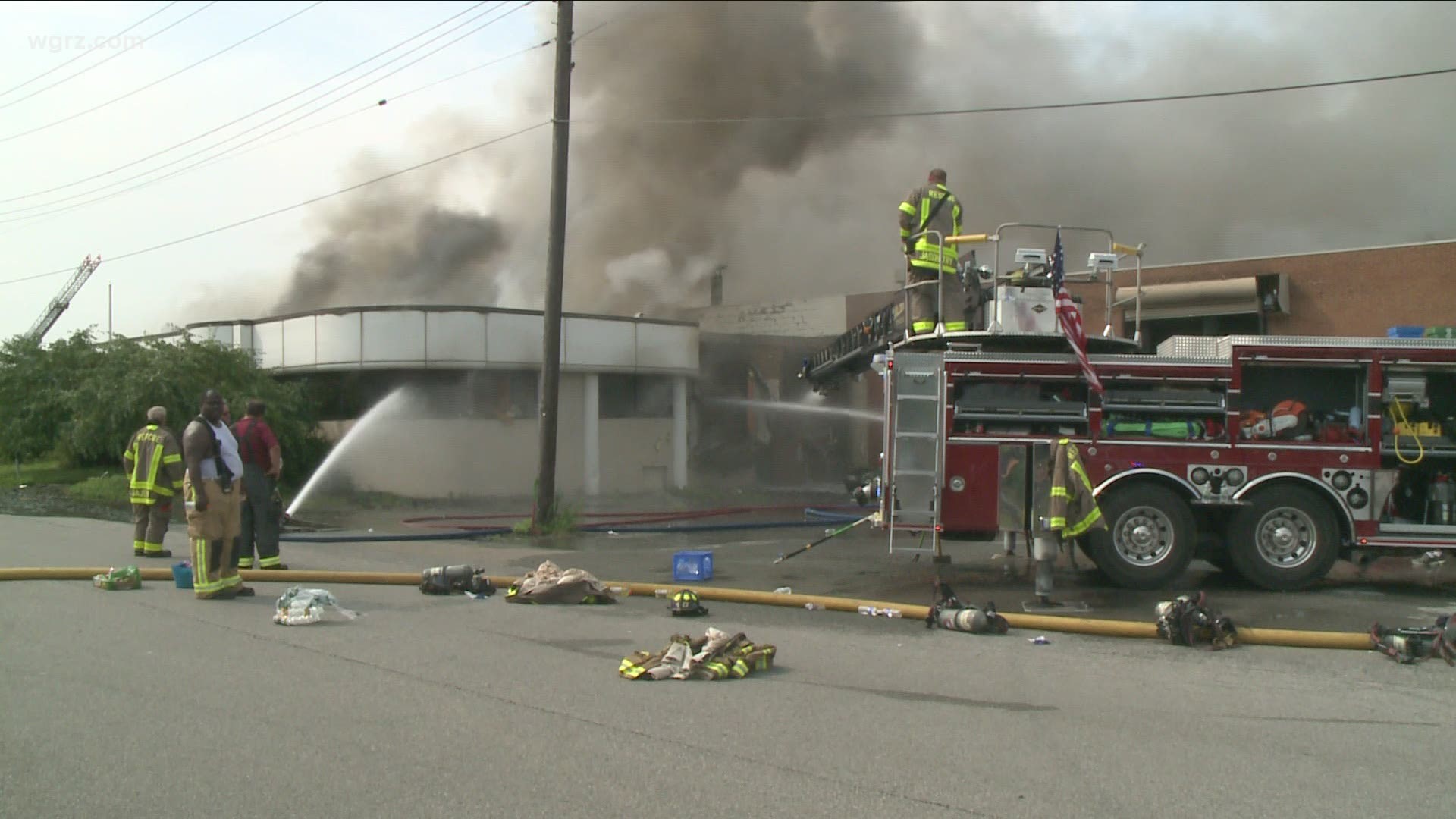 CHEEKTOWAGA, N.Y. — There are still a lot of questions about a building fire in Cheektowaga that delayed traffic for hours on the Thruway on Thursday.

Extreme heat and the location of the building made it difficult for firefighters in getting the fire under control. The fire, which interrupted the commute for a lot of drivers, was finally put out around 11 p.m. Thursday. Also, there were multiple structural collapses inside.

"Just to due to the condition of the building and the collapses, it's just about impossible to get to determine the exact area of origin. They've done some interviewing of people the owner of the building, the gentlemen who was on scene when the fire started. At this point there's nothing to point toward anything suspicious about the fire," Cheektowaga Police assistant chief Brian Gould said.

And now investigators are having difficulties determining the cause.

The charred ruins outside the storage facility on Dale Road can still be smelled hours after firefighters put out this fire.

Cheektowaga Police tell 2 On Your Side because of all the damage that was done here they might not be able to determine a cause.

There were a lot of vintage items inside -- vintage cars and boats -- that accelerated this fire, making it very difficult for firefighters to put out.

"Many vehicles inside the building, there were some vintage boats inside, the building from what I'm hearing, a lot of stuff that just can never be replaced," Gould said.

Earlier on Friday, the brother of the owner of this building was on scene. 2 On Your Side tried to do an interview about what exactly was inside and what the next steps forward are in terms of demolition. However, he declined any comment.

Cheektowaga Police do confirm for us that the storage facility was highlighted in an episode of "American Pickers," which speaks to the vintage items that were inside.

Cleanup of this site could last for weeks. Police tell us cleanup costs will fall on the owner of this building.