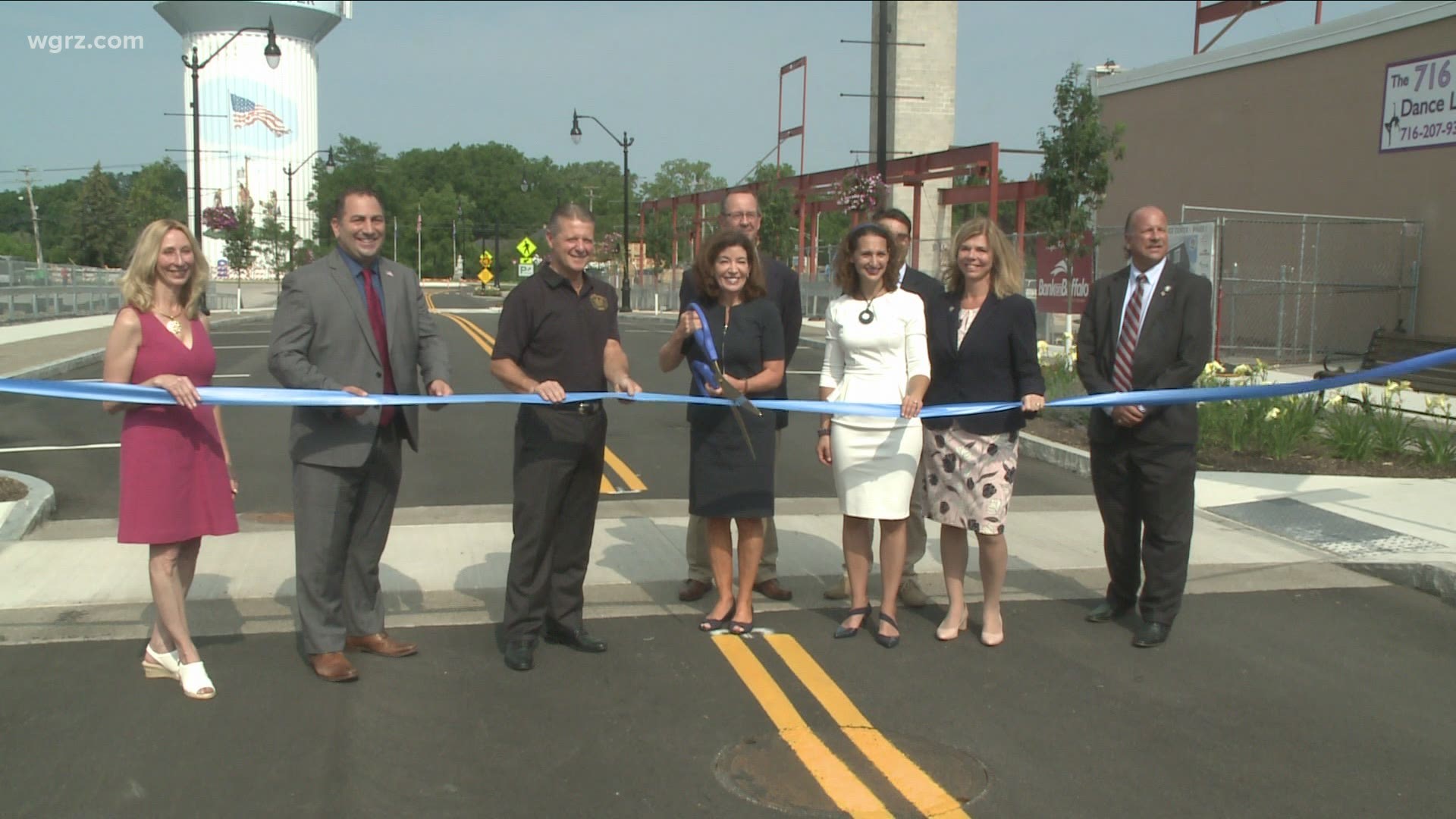 LANCASTER, N.Y. — Visitors and residents of the Village of Lancaster should find its central business district more pedestrian-friendly following the completion of a nearly $4 million streetscape project.

The work extended West Main Street to Aurora Street and converted it to accommodate two-way traffic, sidewalks, on-street parking and light poles. Amenities such as planters and benches, along with pedestrian crossings, were also added.

That area of the village was devastated by a fire more than 60 years ago and officials say it has struggled to revitalize that area of the business district ever since.

The extension is part of a bigger $8.5 million restoration that includes Cayuga Creek Park and two roundabouts.

Lancaster Mayor Lynne Ruda said, "The West Main Street Extension project has brought a vitality to the Central Business District in the village of Lancaster that has not been seen in 60 years. The Buffalo Billion has transformed the heart of our downtown core in a way we could have never imagined."