Timothy Payne will remain in custody until there is a bed open at either VA Hospital in Western New York. 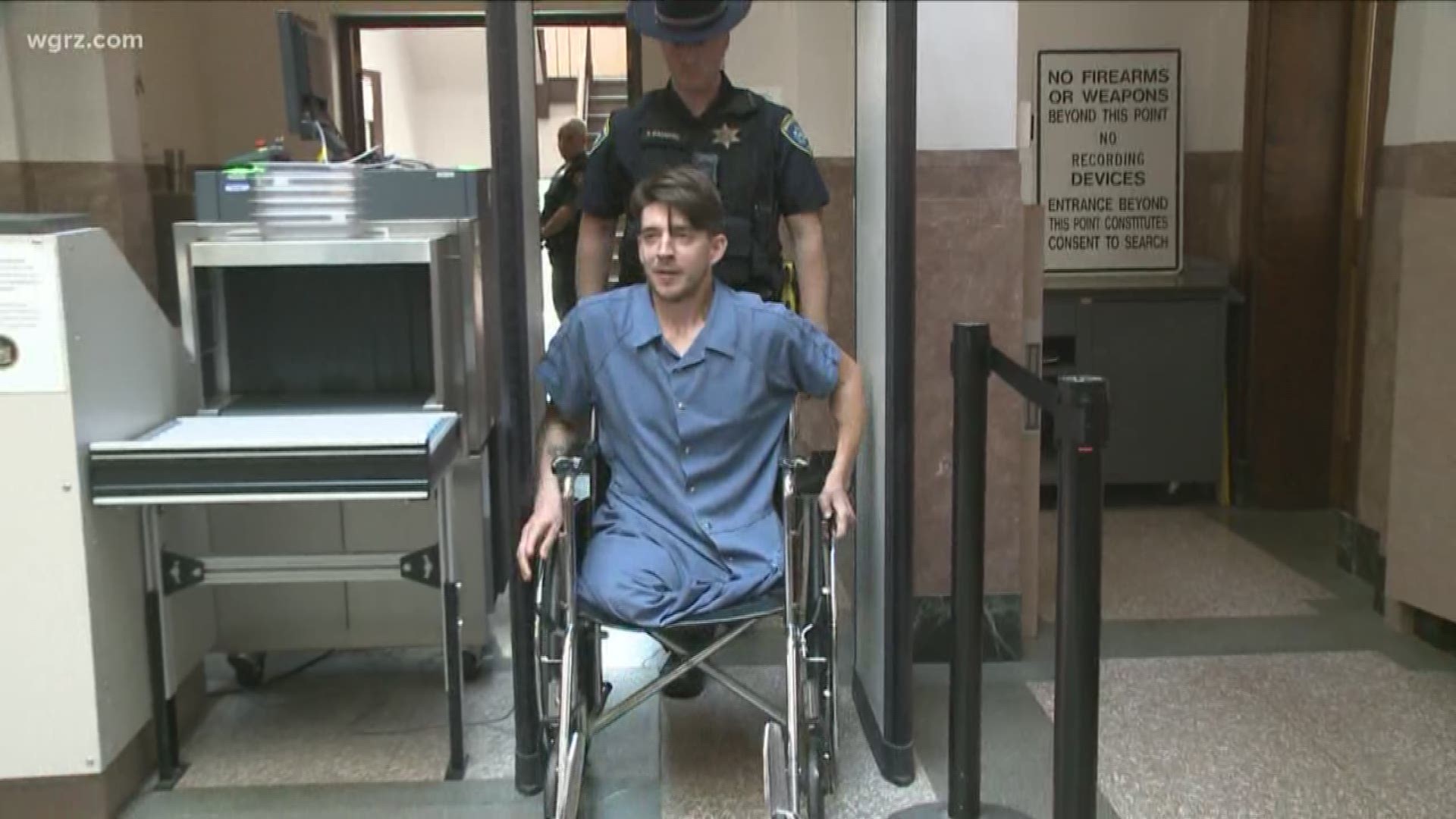 NIAGARA COUNTY, N.Y. — The veteran arrested Tuesday after a number of weapons were found in his vehicle outside North Tonawanda City Hall was in court Friday morning.

Timothy Payne was in North Tonawanda City Court to answer to a weapons possession charge. Payne legally owned a handgun in North Carolina but broke New York State laws when he brought it here.

In court, the judge and attorneys for both the prosecution and defense agreed that Payne needs mental health counseling. They decided that he will remain in custody at the Niagara County Jail until he posts $75,000 bail or until a bed is open at the VA Hospital in either Buffalo or Batavia.

His bail will be waived once he is admitted to the hospital. Attorneys hope that will happen before July 4th.

The ultimate goal is to transfer his case to Niagara County Veterans Court.

Payne was taken into custody Tuesday after they found a loaded pistol, two loaded military-style rifles, and approximately 400 rounds of ammunition in his vehicle, along with a device that was initially thought to be some sort of explosive. Testing later found that wasn't the case.

RELATED: The family of Timothy Payne speaks out