Venzella Joy, also known as Joy the Drummer, is in Buffalo for a Friday night show at the Imagine Event Center in Buffalo. 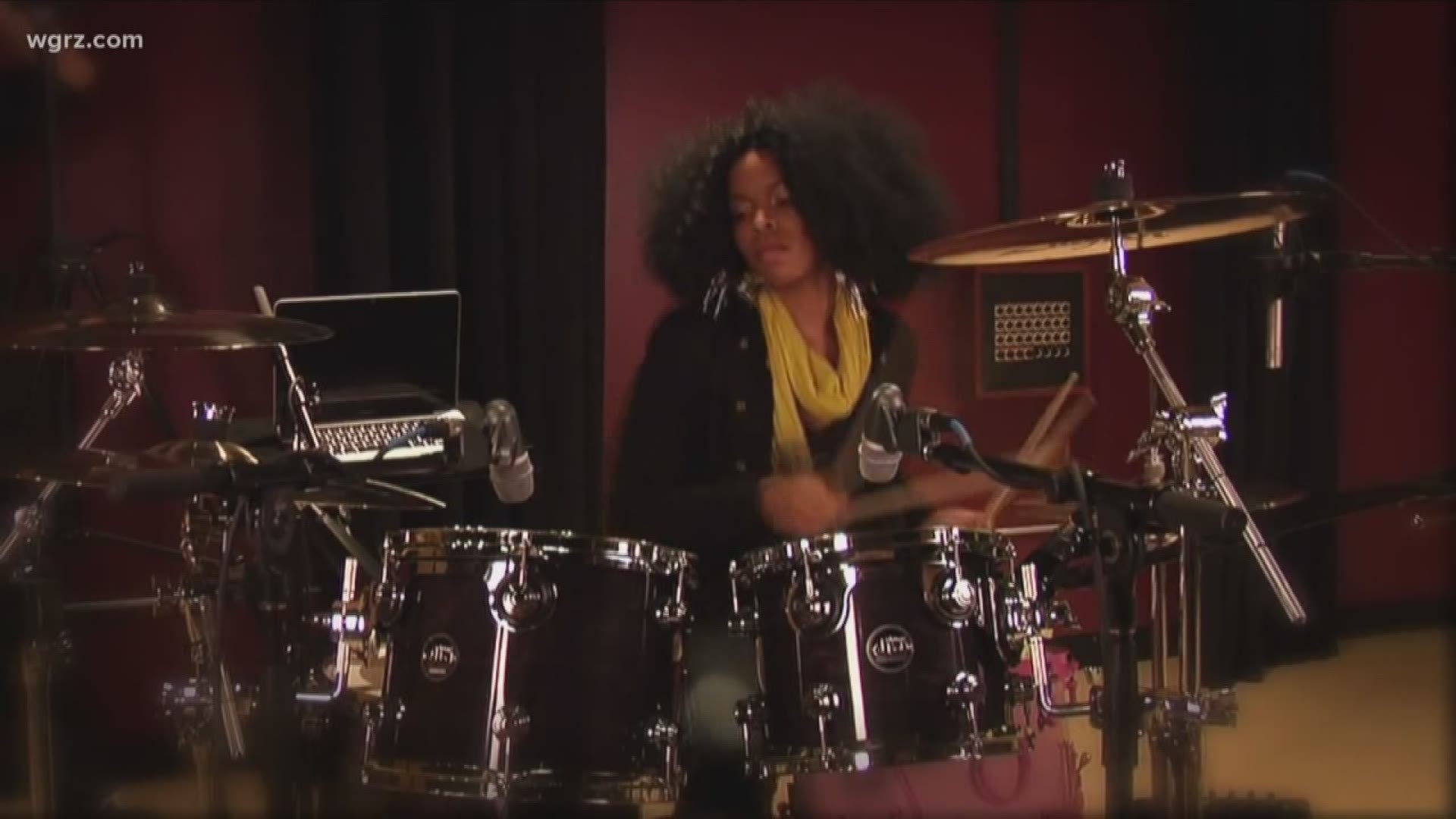 BUFFALO, N.Y. — She's home to perform and smiling ear-to-ear, Venzella Joy said, "I'm like really ridiculously excited." The drummer who is a member of Beyoncé's all-female band is in Western New York for a Friday night performance at the Imagine Events Center.

"I'm doing all original music, playing drums and singing an I have some of my band members flying in," said Venzella Joy. She is moving forward with a solo career. Her music is a combination of R&B, electronic and soul and she will be singing and playing the drums. "I like to call it future music cause I don't think it really sounds like any other type of music that can compare it to, it's definitely music from the heart."

Joy was born in Lockport and raised in Buffalo. She is a graduate of Nardin and Canisius College.

You may have seen her as a guest drummer on the Seth Meyers Show. "The drums cued a lot of what happens so when the artist is announced that's on me to start the song and it's on me to end the song right as they are sitting down," he said.

Last summer she got to perform at New Era Field when Beyoncé brought the On The Run II tour to Buffalo. "When she said my name I got too excited and stood up, I was so appreciative she showed the love to the city and showed me love in my city." She's been a member of the band for five years and is known as the Baby OG.

Venzella Joy will be performing tomorrow night at the Imagine Events Center at 7. Tickets are still available.

Lindsey Taylor of Beau Fleuve Music & Arts Festival is pleased to have Venzella Joy as part of the lineup.