Vape shop owners still apprehensive about future of their business

A court temporarily halted NY State from banning flavored vape products for adults. The industry is preparing to keep the state from putting it out of business. 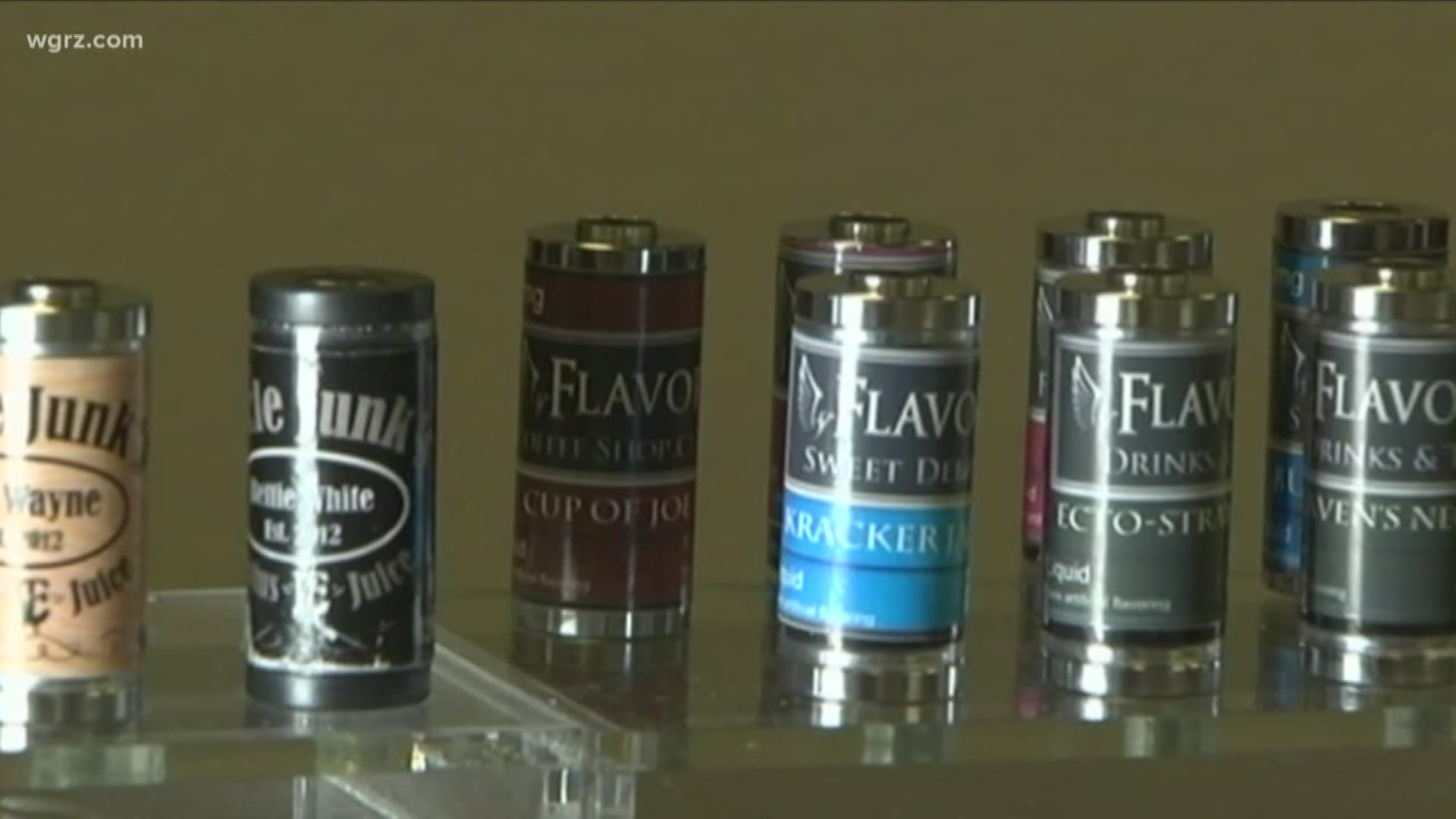 That ban, which would prohibit adults seeking to get off or stay off cigarettes from buying flavored vape juices, was going to take effect Friday.

“This whole experience has been a complete roller coaster ride for everyone in this industry," said Andrew Osborne, owner of Vapor Trails on South Park Avenue and vice president of the New York State Vapors Association.

Osborne said he was prepared to have all the flavored vape juices covered by the ban removed from his shelves, lay off employees, and potentially close up shop had the court not stepped in.

“Right now we're thrilled just to have the opportunity to remain in business," Osborne said.

However, Osborne also realizes the opportunity may be fleeting because the restraining order is only for two weeks.

Thus, the roller-coaster ride will continue.

“There are some stores where employees have already been laid off who aren't coming back, and businesses which have inventories that are dwindling," he said after the experienced a run on products from adults who expected the ban to go into effect.

“There were customers trying to stock up so they continue vaping for six months or even a year, and retailers are afraid to order new shipments because they don't know what the next two weeks is going to bring."

Osborne hopes the two-week reprieve will allow the vaping industry to make its case that the state and Governor Cuomo not only overreached in their authority to ban these products, but that it proposes to ban something that has no demonstrable ties to a growing number of lung illnesses and deaths, partially cited by the state in attempting to impose the ban.

The latest information about the Centers for Disease Control investigation to ties between vaping and potentially fatal lung diseases can be found here.

“It has been proven that these (lung disease) cases have been related to illicit black market products," Osborne said.

“Flavored nicotine products are not in the discussion for these illnesses, and they’re being falsely coupled together. Not one of these cases have been attributed to any products in the legal nicotine vaping industry."

Still, the state health department says it's confident the courts will eventually uphold the ban, while insisting the vaping industry is using flavored products to hook children on what it calls a "potentially dangerous and deadly product."

Vaping retailers note that it has long been illegal to sell these products to children, and that it has never been their practice to do so.