U.S. border restrictions for Canada and Mexico extended to August 21 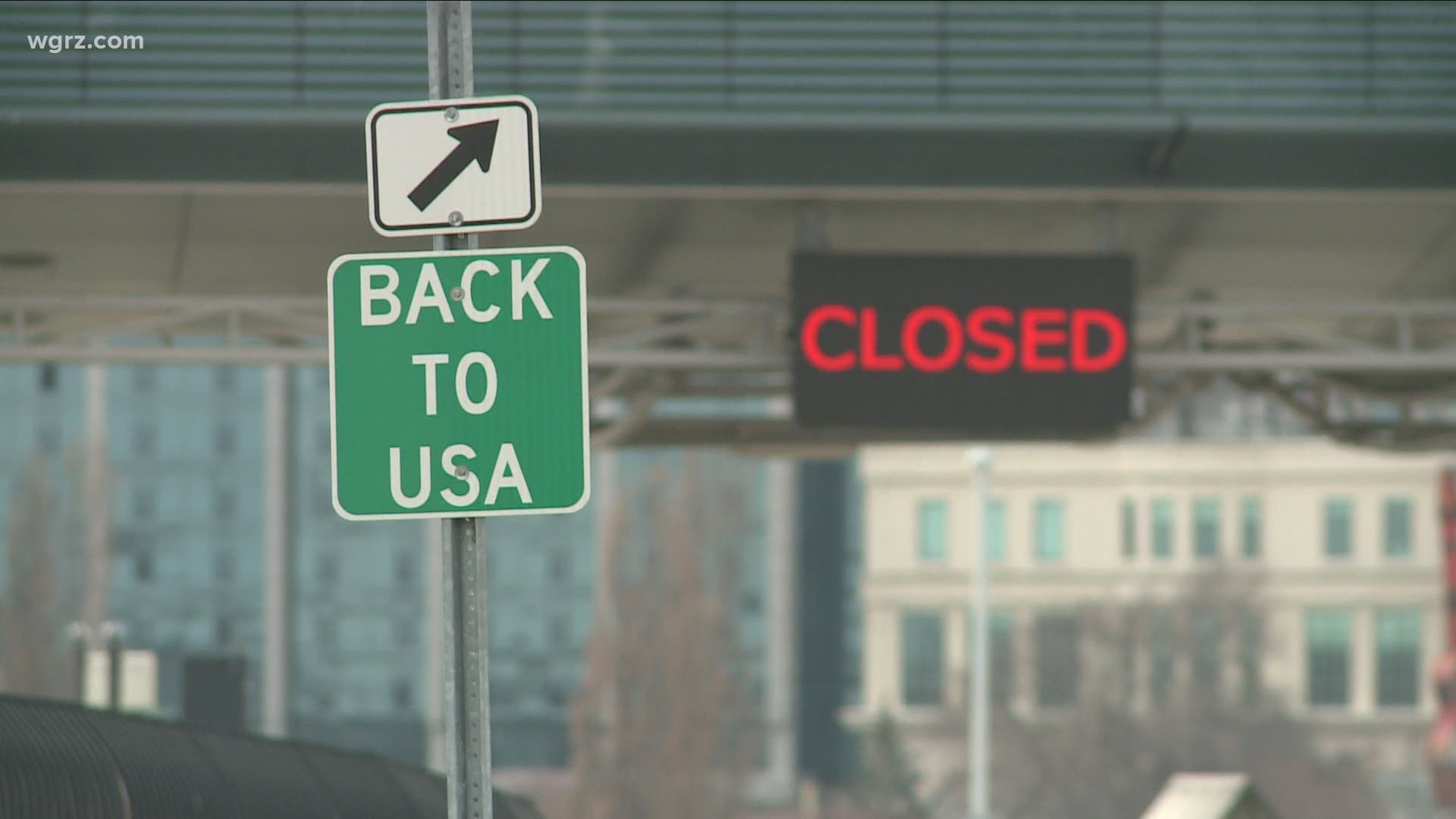 BUFFALO, N.Y. — While fully vaccinated Americans will be allowed to cross the border into Canada starting August 9, the same won't be true for Canadians who want to come here.

On Wednesday we found out the United States is extending its border restrictions for non-essential travel into the states from Mexico and Canada through at least August 21.

So while fully vaccinated Americans will be allowed to cross into Canada on August 9, as long as we follow certain rules, Canadians won't be allowed into the U.S. at the land borders unless it's for essential reasons. That's been going on since March of 2020, and U.S. Rep. Brian Higgins is not happy about Wednesday's announcement from the Biden Administration.

"I will evaluate what's available toward the goal and getting this administration to communicate clearly, you know, really, what the hell is going on here, and that is a very, very reasonable expectation," Higgins said.

While Higgins does not like the testing requirement for fully vaccinated Americans to go to Canada next month, he says there is no justification for Wednesday's decision by the U.S. government.

"The immunity is not diminished because you're in a car. This is ridiculous. So, you're asking, I can't defend the indefensible, and this is just bad public policy. The President has been ill-advised in all of this because what he's, what's occurred here, what's not occurring is in direct conflict with the science that we've been admonished to follow," Higgins said.

U.S. Sen. Chuck Schumer has also been pushing for the border to reopen. He released a statement ton Wednesday saying in-part, "the United States is failing to reciprocate, jeopardizing an already tenuous recovery for thousands of businesses, families, and communities across upstate New York."

Higgins thinks the two governments should have come together to make a joint announcement about a bilateral reopening, but now we are left waiting until August 21 to see if the United States decides to open the border then to Canadians.