NY's ban on U.S. immigration access to DMV data results in suspension of trusted traveler applications for all New Yorkers, standoff between state and federal gvts. 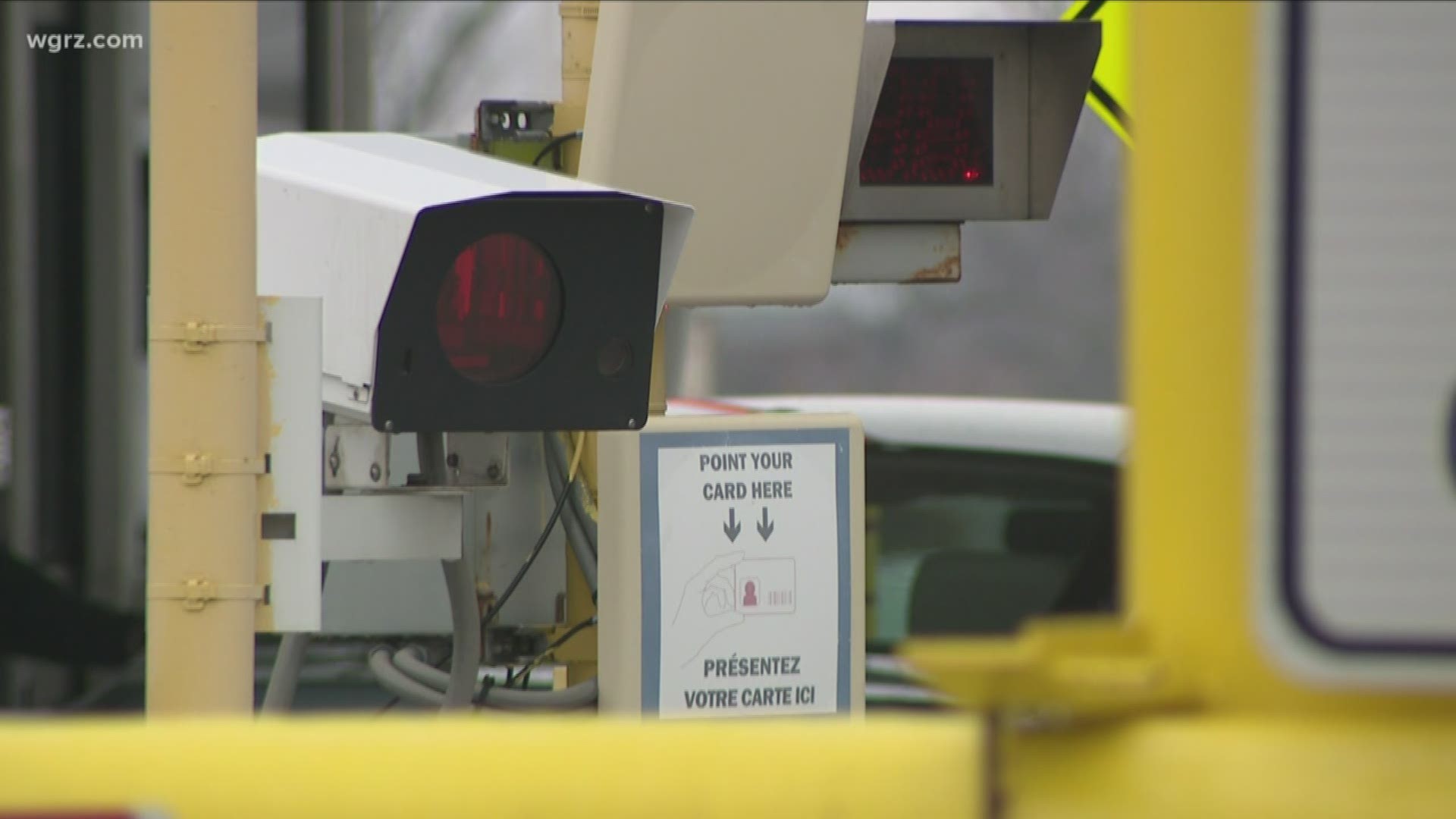 BUFFALO, N.Y. — The U.S. Attorney for Western New York found himself in an usual position on Monday, having to take a stand on a policy dispute that's erupted over the state and federal government regarding New York's Green Light Law.

"It's quite uncommon for me to be commenting on state law," said James P. Kennedy during a news conference at the Peace Bridge. But Kennedy said the Green Light Law poses a risk to national security

"The disturbing truth is that under the newly enacted statute, the Customs and Border Protection Officers working today at New York’s 13 ports of entry – which include both the busiest port on the entire northern border of the United States (the longest land border in the world), and the busiest international air passenger gateway into North America – are unable even to check the registration or the driver’s license status of individuals presenting themselves for admission into our country," Kennedy said.

It’s not the part of the New York law that grants drivers license to those in the country illegally that has given right to the dispute, but rather the section which no longer allows immigration officials to access DMV information, and which forces domestic law enforcement not to share with them information they can access, lest they have their access denied as well.

The dispute has resulted in the federal government's suspension of applications and renewals by New Yorkers for so called trusted traveler programs like Nexus, which is popular in Western New York, as it allows pre-screened citizens quicker access across the region's four border crossings with Canada.

State officials who backed the Green Light Law have insisted DMV data is not necessary to approve trusted traveler applications, especially because they are limited to U.S. citizens  who can obtain them only after a thorough vetting including an in  person interview with homeland security agencies on both sides of the border.

However, according to Customs and Border Protection (CBP) access to DMV data - while not wholly involved in trusted traveler screening, is an integral element nonetheless.

For example, it says it is the only means of learning whether an applicant has even a misdemeanor traffic infraction that in some cases may preclude the applicant from being approved.

"If someone has a driving while ability impaired or a reckless driving, those items don't come up through any other resources or any other database besides the DMV records," said Rose Brophy, director of field operations for CBP in the Buffalo area.

As well, Brophy says those kinds of infractions could also get a current Nexus pass holder expelled from the program.

"So that's why it's imperative we have that information. Without it, we don't have the adequate information to do our job and do it effectively and safely," Brophy said.

"This goes much beyond what's actually going on right at the border," said Kennedy, insisting the state's policy is also impacting other investigations.

These include probes into drug and human trafficking, terrorism, or a variety of other probes being conducted by the federal government and which may be conducted inland away from the immediate border crossings.

"You could have some agents conducting a surveillance," Kennedy said. "But they can't run a (license) plate to know who is entering a particular residence, or run vehicle registration information if they pull someone over. They have no idea who they might be dealing with or if they may be wanted for a violent crime which makes their job even more dangerous."

What About the Kids?

Citizens who don't possess a driver's license are eligible to be enrolled in Trusted Traveler Programs like Nexus, as are children under the age of 16, who have no driving record of any sort from which to clean glean information through DMV records.

The question then becomes: why are their applications being held up as well?

Brophy says much of that has to do with the car they are traveling in, and the adults who are accompanying them.

"In order to drive through a Nexus lane all those individuals need to have a Nexus card," she explained. "Usually those minors are with family members, who are adults who have driver's licenses... and in order to  affirm that they are low risk travelers, we need to go through DMV records to determine that."

Brophy also noted that with no access to DMV records, efforts to identify who owns the vehicle are also hampered and gave a recent example of what can go wrong without being able to do so immediately.

"Last week we had an individual who ran the port," Brophy said. :The vehicle had not been identified as stolen as of yet, but we had no way to identify who the true owner of the vehicle was. Previously, we would have had that information in real time and we would have been able to identify who the real owner was, contact that owner, and contact the appropriate law enforcement."

While she conceded they were eventually able to determine the origins of the car, she insists that, "it took us a lot longer, which puts not only our officers at risk but the public safety as well."

In the meantime, local officials continue to worry about the eventual impact this might on commerce in Western New York.

CBP says, however, it expects no immediate impact on travel, although that could change as the dispute, currently headed to court, lingers... especially if it drags into the busier summer travel season.

CBP also confirmed that since the suspension of trusted traveler applications and renewals for New Yorkers last week, some 58,000 applications have been put on hold. However, most of those involve residents of the New York City area applying for Global Entry Program.

It could not state how many applications have been held up for residents of Western New York.

It also stands to reason, according to CBP, that the longer the dispute remains unresolved, the longer it will take them to catch up on the applications once they are being processed again.