Two men with ties to Buffalo helped Elliot Ness take down public enemy number 1. Their decedents shared with 2 On Your Side this unknown story of WNY. 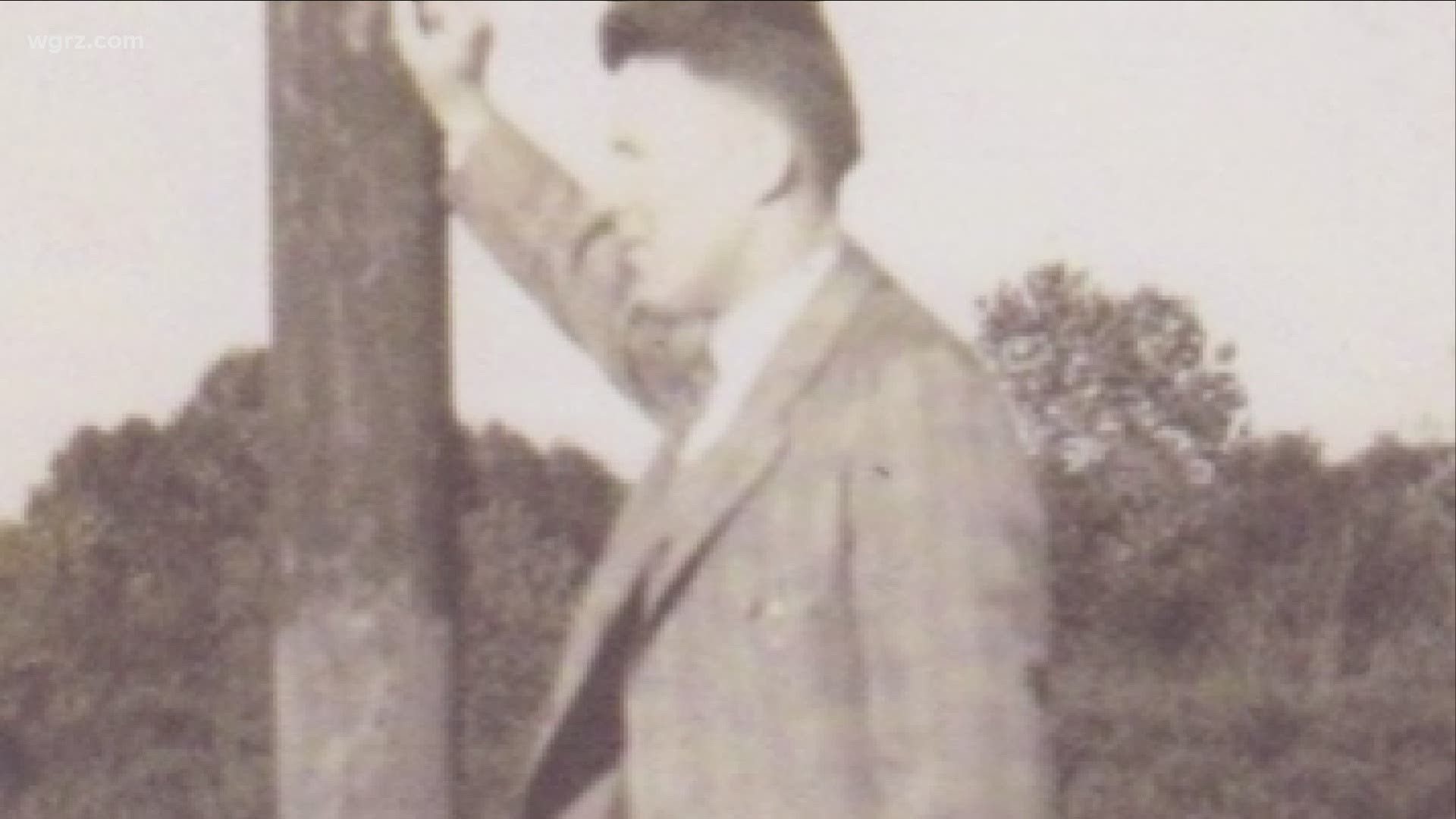 "I had seen the Find A Grave (website) for Samuel Maurice Seagar several times but I never looked at it," said Monroe.

Sam Seagar was his grandfather's first cousin, but also, a member of the legendary crimefighting unit, The Untouchables.

"As corrupt as everything was in Chicago at that time, there were actually people who really wanted to do the right thing," said Monroe.

In fact Seagar, who was born in the Allegany County community of Swain and moved to Buffalo, was one of the first agents Elliot Ness recruited in his mission to take down Al Capone, but he isn't the only Western New York connection.

Washington D.C. area attorney and West Seneca native Scott Sroka recalls that "Joe Leeson was one of the prohibition agents during the 1930s and he was recruited by Eliot Ness to come to Chicago and be part of a special squad of agents that investigated and helped to prosecute Al Capone."

Joe Leeson was Sroka's grandfather and was partnered with Seagar. Sroka remembers a time in 1987 when he went with his mother and grandmother to see the movie, The Untouchables, starring Kevin Costner. He asked his grandmother which character was his grandfather.

He says his grandmother said the real story was much more interesting than the movie. That was the day his mother shared some family history.

"She took a shoebox down from the shelf in the closet and and when she opened the shoe box there was a .38 detective special revolver in a pair of heavy metal handcuffs," Sroka said.

He found out that his grandfather had two skills Ness wanted him for. His days working on the railroad made him an expert with a blow torch. Agents used the blow torches to break up the equipment and stills that the gangsters were using. Ness also wanted him for his driving skills.

"Because he was also known as somebody who could effectively tail the gangsters in an automobile," Sroka said.

It was that skill that led the group to the first major brewery that The Untouchables raided.

"And the agents used a 10-ton truck with a kind of snow plow like front bumper that my grandfather designed to smash through the door," Sroka said.

They ultimately uncovered enough evidence to slap Capone with 5,000 charges, but Scott also discovered another Buffalo connection to Elliot Ness.

After he died in Coudersport, Ness was cremated here in Buffalo, at Forest Lawn.

So while Ness's grave is actually in Cleveland, his untouchable lineage certainly runs through the unknown stories of Western New York.