An incident on the lake excursion boat Columbia is said to have paved the way for some of the biggest civil rights cases in U.S. history 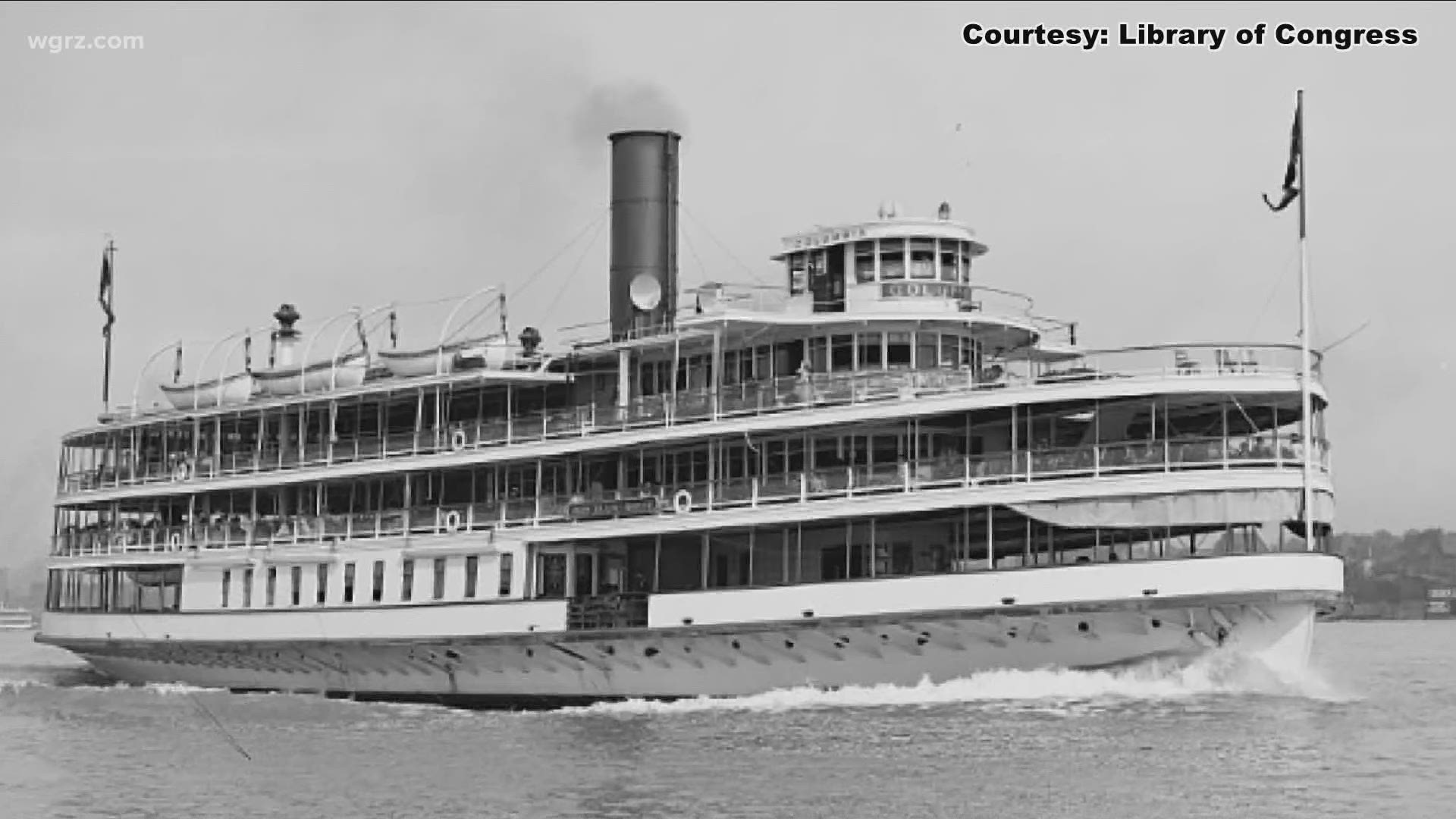 BUFFALO, N.Y. — Perhaps you have noticed an old boat docked on the Buffalo River, but what you may not notice is the landmark history it holds.

It is the Columbia and it once took people from Detroit, to a place called Boblo Island, an island which ultimately played host to a popular amusement park. And as the Columbia sits behind Silo City, awaiting a new future, we also look to its past.

Ian Danic is part of the group trying to restore the Columbia. He remembers stepping aboard as a child, and describes it as Detroit's version of The Canadiana, the boat that used to take Buffalonians across to Crystal Beach.

"They built a huge dancehall and in that respect is similar to Crystal Beach," Danic said. "A big dance hall is a way to attract people to the to the park and another way of getting people on the boat."

But while the Columbia holds great memories for so many, it also was the scene of an ugly incident, and a brick in the foundation of the civil rights movement.

In 1945 a young African-American woman named Sarah Elizabeth Ray was removed from the boat, explains Desiree Cooper, who is working to honor Ms. Ray's legacy.

"She got on board Columbia on her way to the amusement park with her fellow graduates from secretarial school," Cooper said. "She was the only African-American in the group and they threw her off the boat right in front of her classmates."

Cooper is part of the Sarah E. Ray Project, an effort to preserve the Detroit home of this courageous woman who wasn't about to accept the treatment she received on the Columbia.

"She went straight to the NAACP and filed a complaint," Cooper said. "Fast forward until 1948. Her case is before the U.S. Supreme Court and she won."

She was represented by Thurgood Marshall in the high court, and many scholars believe that this case paved the way for the monumental Brown v. Board of Education decision and beyond.

"I think if the last year as taught us anything, it is that these are cumulative and there's always that one that kind of break the camel's back or move the agenda forward," Cooper said.

Danic added, "We think that the Sarah Elizabeth Ray case might actually have inspired the Rosa Parks incident."

As for Ray, even though she won, she never set foot on the Columbia again, holding onto that embarrassment and pain for her entire life.

"Often times when people are thrust into the limelight and sometimes thrust into history it's it's reluctantly and it is not always a source of pride," Cooper said.

Cooper adds that Ray kept on fighting for civil rights, and now the fight is on to save her home, recently designated by the National Trust for Historic Preservation as one of the 11 most endangered historic sites in the country.

Right now, the Columbia Project is in the midst of trying to raise the funds to restore the boat as well. But the long-term plans, at least for now, are to keep this last remaining excursion steamship from the turn of the 20th century here, and eventually be part of Buffalo's waterfront attractions, telling the story of Sarah E. Ray as well.