Unknown Stories of WNY: The Man Behind Spandex 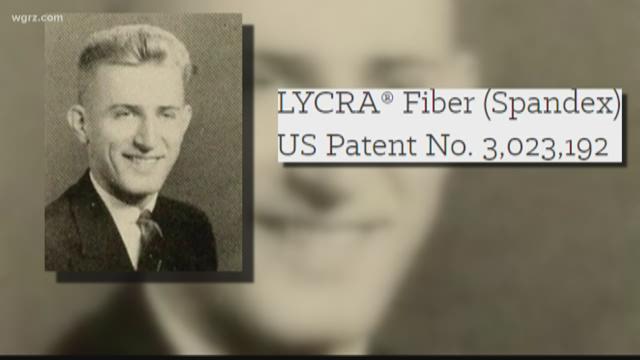 BUFFALO, NY - Believe it or not, when you are watching athletes flying down the luge, gliding across the ice, achieving athletic glory, you are watching chemistry in motion. The same holds true on the beach. Those bikinis and Speedo's? You have a local chemist to thank, or blame depending on who is wearing them.

It all dates back to a lab at the Tonawanda DuPont Plant in the days following World War II.

Dr. Joe Bieron calls it the hay-day of chemistry. Bieron is an emeritus professor of chemistry at Canisius College who is in the process of putting together the history of the department. He recently came across an exciting addition to that history. "I got a call from our public relations office and they asked, hey have you heard of this guy? He just got inducted into the National Inventors Hall of Fame."

That guy was Dr. Joseph Shivers, a part-time faculty member from 1948 - 1950. Shivers was also a researcher developing polymers for DuPont. During the 1950's it was Shivers who is credited with inventing one of the top clothing innovations of the 20th century. Shivers was working to improve rubber fibers when he achieved a stretchy fiber that bounced, withstood high temperatures and could be spun into fibers and could stretch 5 times its original length and maintain its shape and elasticity. Shivers created Lycra, also called Spandex.

This May, Shivers will be posthumously honored as one of 15 inductees to the National Inventors Hall of Fame.