The invasion meant to free Ireland ended up helping form an independent Canada. 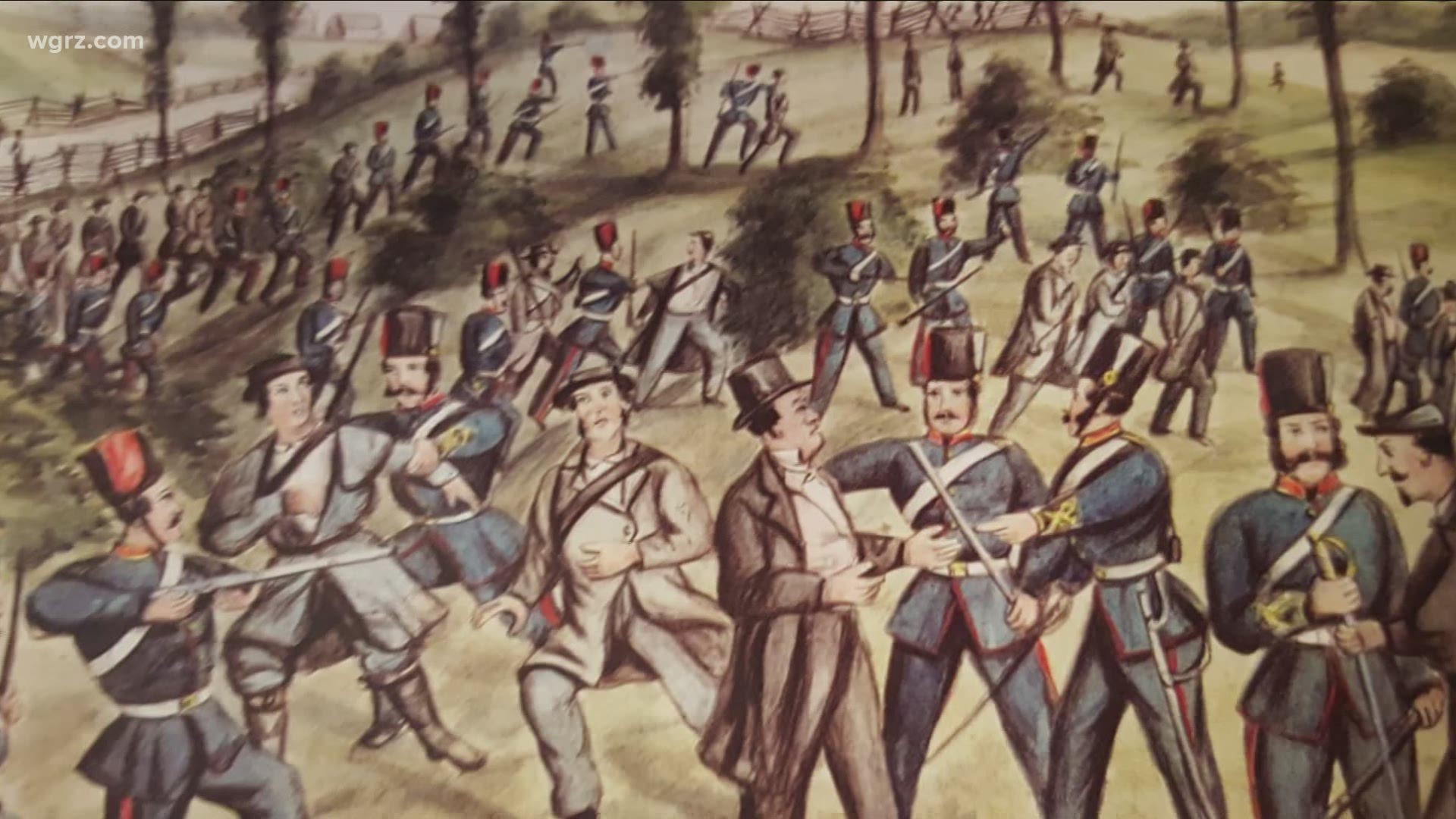 BUFFALO, N.Y. — Invading Canada to free Ireland: seems like a far-fetched plan, but in 1866, a group of Irish ex-pats conspired to do just that.

It was supposed to be a three-prong assault, with 3,000 men gathering in Chicago and Milwaukee, another 5,000 here in Buffalo and Cleveland, with the main invading force of more than 16,000 in Vermont, attacking Quebec.

Local historian Gene Overdorf says Western New York was not supposed to be the epicenter.

"Buffalo was supposed to be a diversionary tactic, wound up being the only thrust of the Fenians that day," says Overdorf.

They assembled in Buffalo, but rather than 5,000, the number turned out to be only about 1,000. Overdorf says news of the plot spread pretty quickly.

"When they came in, most Fenians came in by rail. They (normally) dropped you off at the Exchange Street Station."

However, most of the Fenians on that day who were coming in from Cleveland got off early because they knew the feds were waiting for them at the Exchange Street Station. They then made their way to the river, near the foot of Hertel Ave.

A monument now stands at the spot where they loaded onto steamships and engaged the crown forces at Ridgeway, Ontario. The battlefield is now a Canadian National Historic Site.

Craig Speers, of the Ancient Order of Hibernians, says "Buffalo played a vital role because it was the jumping-off point for thousands of civil war veterans who were pouring into the city to engage in the invasion of Canada."

The Fenians reportedly got the better of the British at Ridgeway, but the plan to free Ireland failed. Although the Fenians conducted other raids in 1870 and 71, it was Ridgeway that created a wave of support for the confederation of Canada. They realized there was more security in unity rather than just independent provinces under British rule.

Canada became an independent commonwealth a year later in 1867.