Unknown Stories of WNY: The beer that saved a life

Antique brewery advertisement tells the story of a Hamburg man's brush with death and how ordering a second draft saved him from a train wreck. 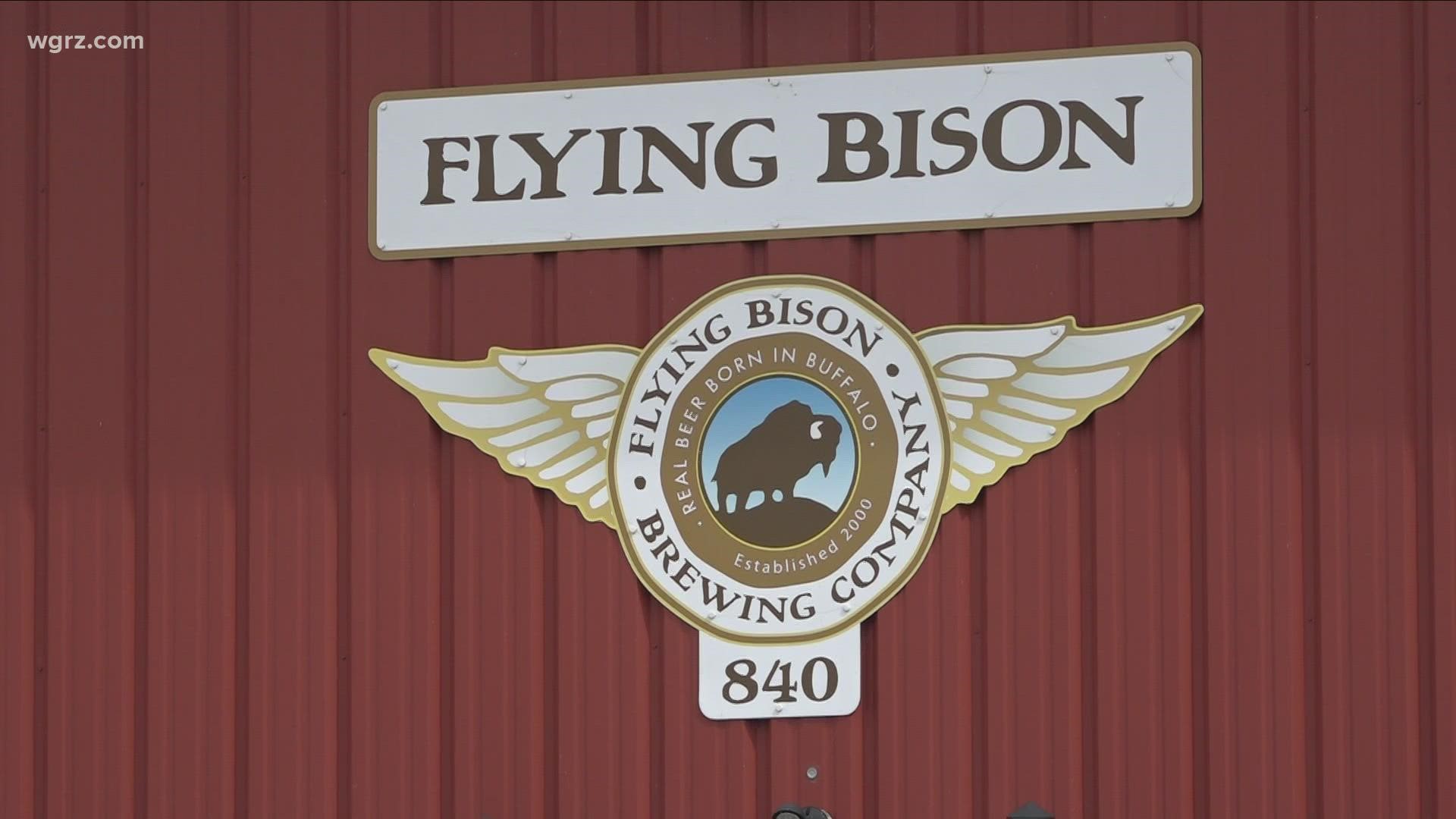 BUFFALO, N.Y. — You find unknown stories in the most unlikely places sometimes, in this case, on a visit to a local brewery on the men's room wall.

A headline caught the eye of 2 On Your Side's Pete Gallivan. It read, "A Glass of Beer Saved His Life."

"How did a glass of beer save a man's life?" Gallivan asked Flying Bison owner Tim Herzog.

Herzog gave a simple reply, "he took the time to drink it!"

It was December, 1876, as the story goes, a Hamburg man had boarded the train in Western New York, bound for Cleveland. He's riding the train and it gets stuck in some snow along Lake Erie. He stepped off the train and saw some lights, it happened to be a saloon.

He sat down and had a Lake View Beer from Buffalo. He asked the bartender for a second beer thinking that the train didn't seem to be going anywhere anytime soon. He barely got the beer and the train start pulling away without him. A short distance down the tracks disaster struck.

The train was going over the Ashtabula Bridge which failed and the train crashed 70 feet into a ravine. The accident killed 92 people. At the time it was the worst rail accident in U.S. history.

Lake View Brewery published the account 20 years later in the print that now hangs on the wall of Flying Bison. Herzog says it was "probably a newspaper advertisement or magazine serial advertisement."

The story continues, saying from that near-death experience on, the Hamburg man had a Lake View beer every Christmas to toast his health. Herzog says that the story was a "probable" incident.

"The snowstorm was real, the train getting stuck in the snow bank was real, and the a tragedy certainly was real," Herzog said.

Today, a small piece of the old Lake View brewery is still visible on the corner of Lakeview and Jersey on Buffalo's West Side, and the story lives on in this antique advertisement.