Descendent stumbles across the story of an Irish freedom fighter who lived in Buffalo. 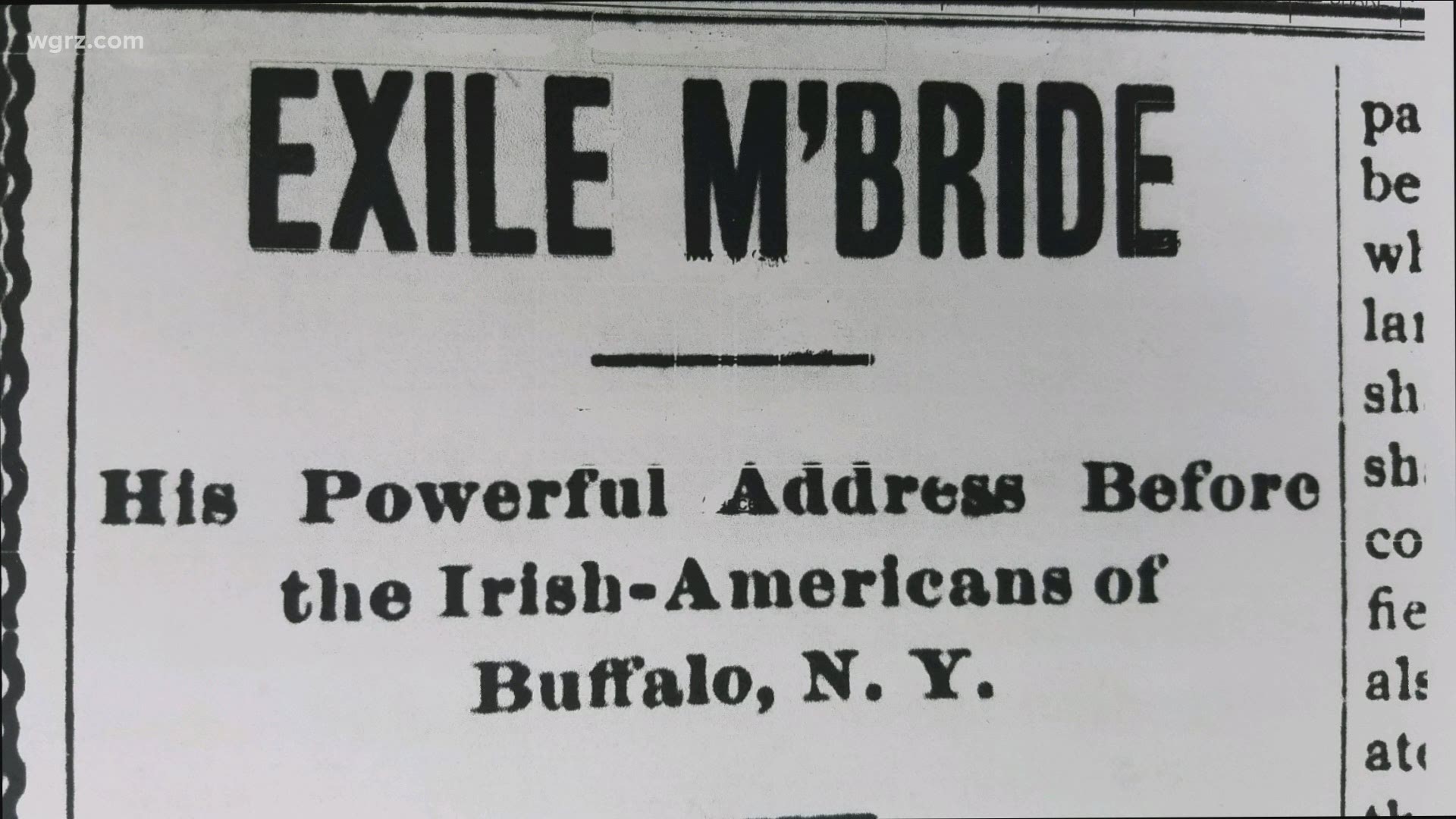 BUFFALO, N.Y. — Michael McBride says it was like discovering an ancestral pot of gold. During the pandemic the retired Rochester City Engineer found himself digging into his family tree. He kept coming back to one name "Exile" McBride. "I said Exile McBride? Is that like farming equipment? Is it a person? Place? Thing? What is Exile McBride "

But he kept digging, and struck gold, in the form of news article after news article found via Ancestry.com. "I ended up finding over 1,200 articles on Exile McBride between 1880 and 1911." About 1,000 of them, from Buffalo papers. "I swear this guy was he was a rock star in Buffalo."

Exile McBride was born John Joseph McBride in Dublin, February 3, 1842. At a young age, he took an active interest in the young Ireland movement and Irish nationalism. He was forced to leave Ireland in 1862 to avoid prosecution for his activism, hence his nickname, Exile. He ultimately made his way to the United States and travelled the Erie Canal to Buffalo. In 1866 he took part in the Fenian invasion of Canada, and was captured at The Battle of Ridgeway. Bishop Timon himself helped secure his release.

Michael McBride read through the articles and documents in absolute awe. "I could not believe that this famous internationally known human rights crusader was my great-uncle."

According to the news accounts uncovered by Michael, Exile spent the next 40 years of his life traveling the United States, at his own expense, speaking out against British oppression in his homeland. He addressed Congress, met with numerous mayors, senators, governors, and four United States presidents.

He lived for most of his adult life in Buffalo, including 226 Pearl Street, where a parking ramp stands today directly behind Main Place Mall.

Exile's death in February 1911 made national news. His funeral was held in St. Joseph Cathedral and he was buried at Mt Olivet Cemetery in Brockport, where he had relatives.

But when Michael arrived, there was no evidence of a monument. Cemetery records show he was laid to rest in section h, which is now almost completely void of grave markers, something that Michael hopes to rectify.

"I hope to have Exile, after all his entire life of dedicating over 45 years of promoting Irish freedom and independence, the way we all have God-given rights to life, liberty and the pursuit of happiness. I want to at least give the poor guy a gravestone again."