How plans for a utopian community wound up in one of the worst environmental disasters in U.S. history 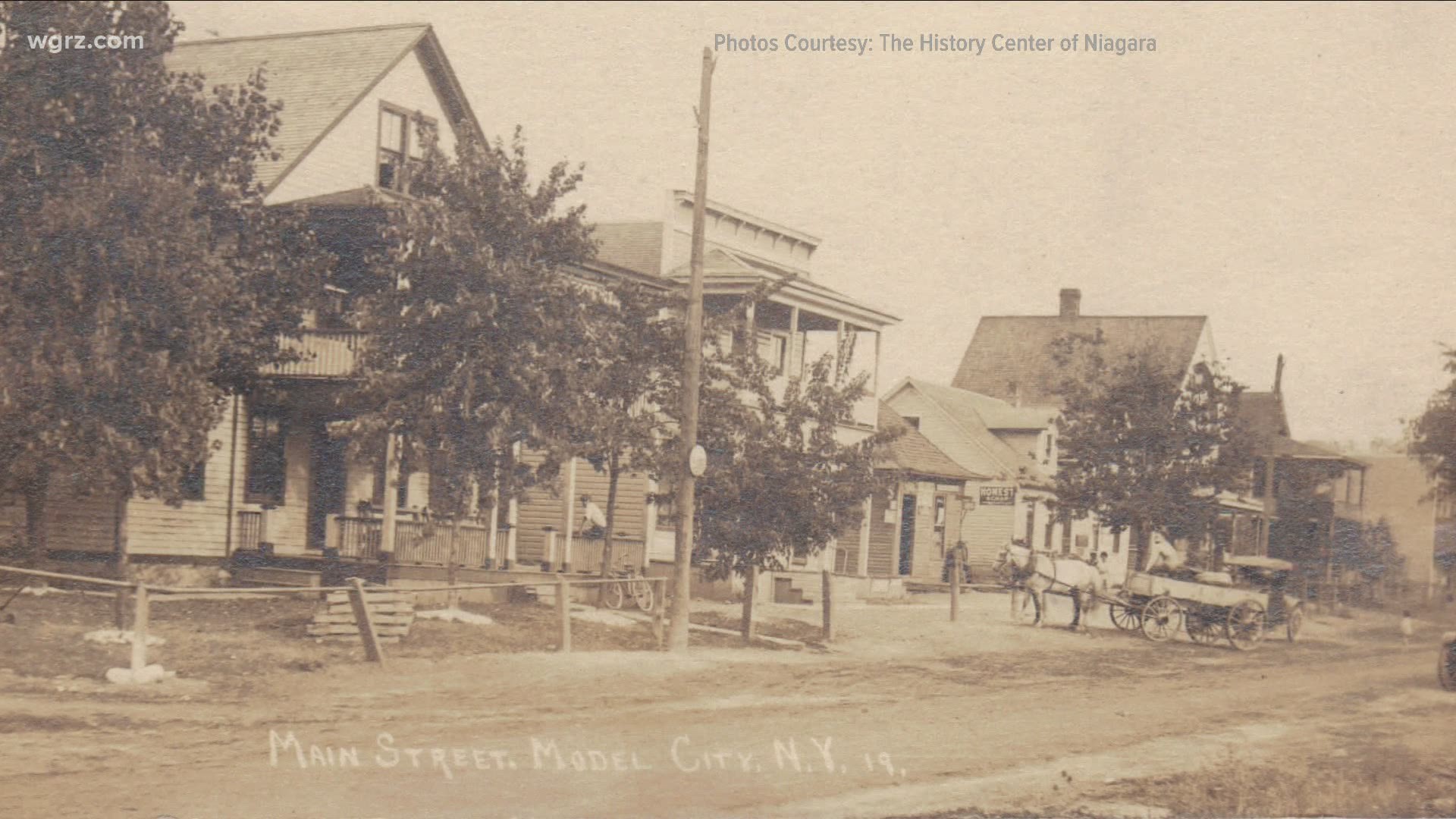 LEWISTON, N.Y. — It is a story about a man with a dream of a utopian community, a place he called Model City. Although his dream was never realized you can still find it on a map in Niagara County, but as we find in this week's Unknown Story of WNY, while his intentions may have been for a utopia, his legacy is one of devastation.

Ann Marie Linnaberry of the History Center of Niagara says it all began in 1893. "Model city was the brainchild of a man named William Love. He had envisioned a place where everything would be inclusive, all the schools, stores, churches, everything would be right in that area. People wouldn't have to travel for employment." And all of that would be powered by Niagara River water, redirected north and over the escarpment. "It would create like a waterfall just like Niagara Falls and they would use that to generate the electric power at Model City."

Love estimated that 2 million people would someday live in his town. The area would encompass 30,000 acres stretching from Ridge Road (route 104) on the south to Lake Ontario on the north and from the Niagara River on the west to near Ransomville on the east.

The first shovels broke ground in 1894. "Originally there were actually dozens of houses, and dozens of structures built. There was a church, there was a school, there were stores and most of what is there now it is just a very very small percentage of what was originally built." That is because after initial momentum, a number of factors combined to slow the progress. Finaicial instability in the country caused investors to back out, and the growing availability of hydro power eliminated the need for the canal. Unfortunately only one mile of the canal was built and that was from the Niagara River up through the Lasalle neighborhood of Niagara Falls, which is now what we call Love Canal.

Model City stalled for decades, until the U.S. government bought up a huge chunk of it for a factory that first produced T-N-T for the war effort and eventually stored radioactive waste from the Manhattan Project. Years later, of course, Love's canal would become know to the world as Love Canal. The one mile stretch was used as a dump, ultimately by large chemical companies. It was ultimately filled in and redeveloped, only to have the contamination seep out into people's yards and basements. What started as an idea for utopia, wound up one the worst environmental disasters our nation has ever seen.

Today, the reminders are all around. Much of the Love Canal neighborhood remains undeveloped. In Lewiston, there is still Model City Road and even the Model City Post Office, but William Love's original plan is now filed away in the Unknown Stories of WNY.