Unknown Stories of WNY: How the Erie Canal opening ceremony led to the Morse code

An array of cannons announced the canal's opening across the state. 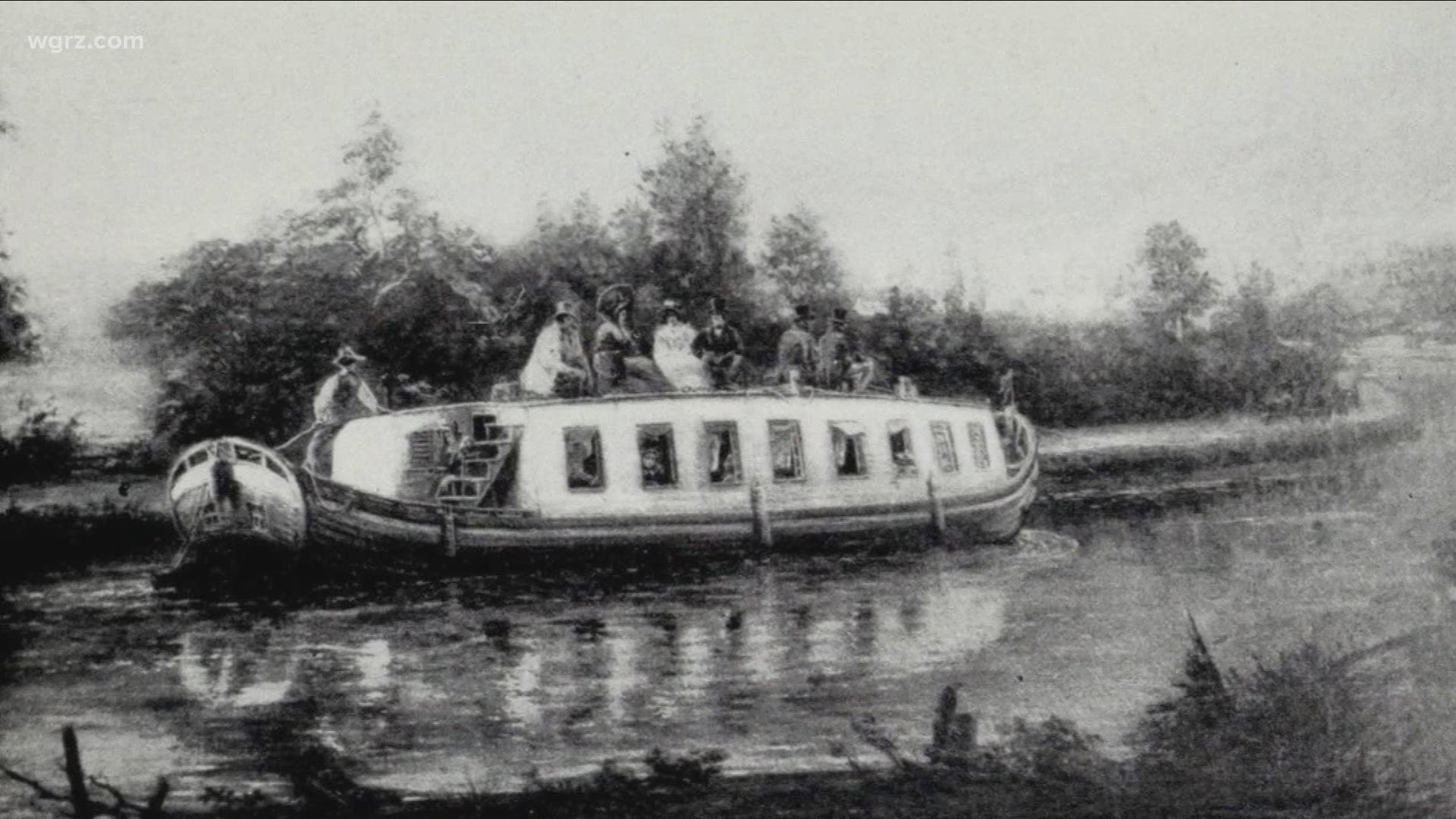 BUFFALO, N.Y. — A project underway at Canalside's new Longshed building will not only tell history, but also reveal an unknown story of WNY.  "What we're doing is we're building a re-creation of the Seneca Chief " says Roger Allen of the Buffalo Maritime Center.

The Seneca Chief was the packet boat that carried Governor Dewitt Clinton and his entourage on the very first voyage once the Erie Canal opened after 8 years of construction, on October 26, 1825. It was the first boat that travelled from the Great Lakes to Manhattan.

But that milestone was not the only historically significant thing to happen. Another was a first in communication. More than a century-and-a-half before cell phones became a thing, they figured out a way to get the news of the departure delivered across the entire length of the canal from the Village of Buffalo to New York City in just 90 minutes. "When the they began the trip with The Seneca Chief, when they left Buffalo they fired a cannon here in Buffalo and it was just far enough away to another cannon where they heard the message. They fired their cannon and so on and so forth, and the message was carried all the way to Manhattan saying that they had actually left "

The man who figured out how to do this was Samuel Morse. If that name sounds familiar, Allen says, it is probably because of his better known claim to fame. "Morse heard it and he developed the Morse code as a result of that episode in Canal history." And it connects the dots, and dashes, in this episode of the Unknown Stories of WNY.