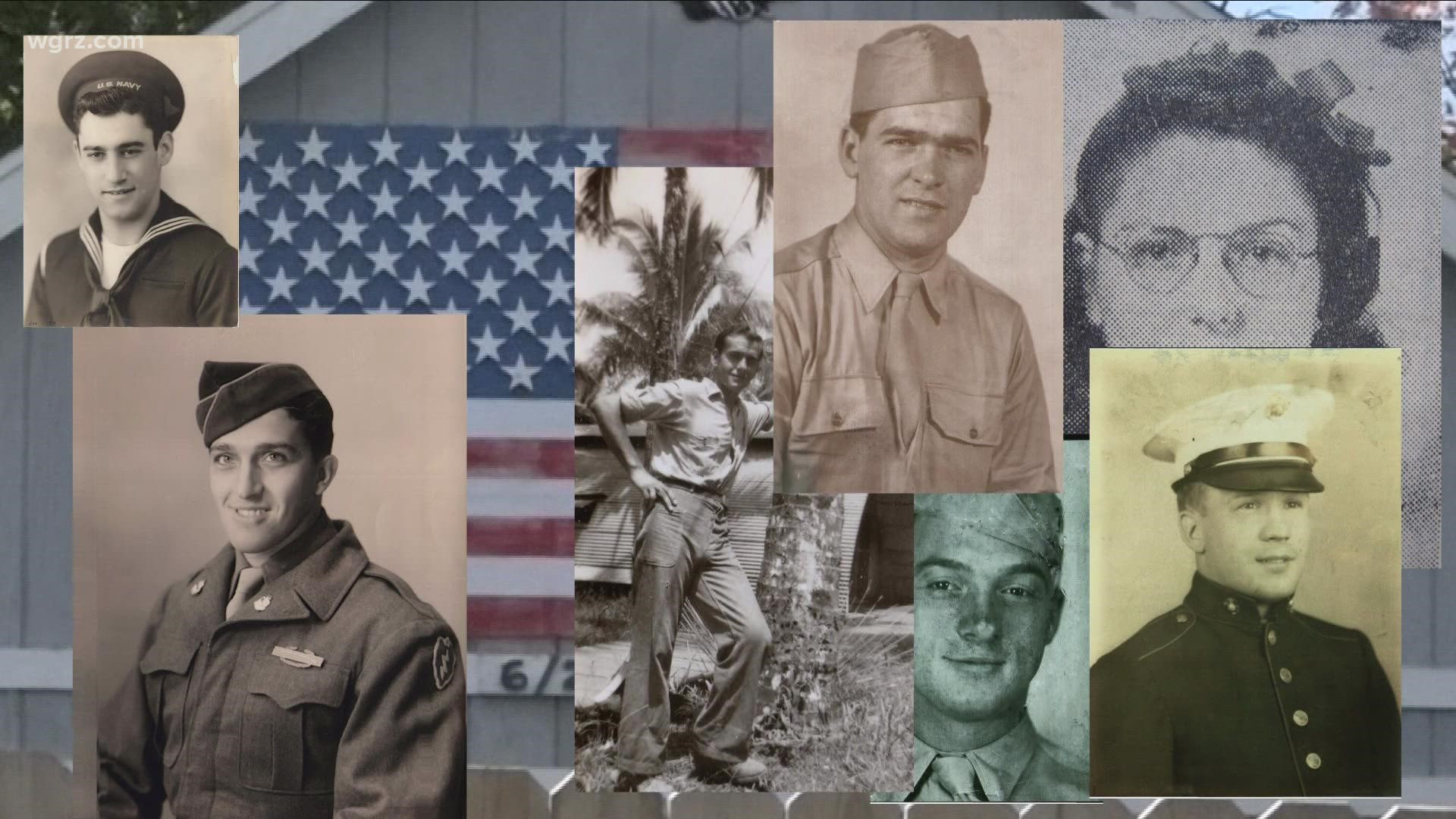 "It is only 26 houses on Ganson Street and one small apartment building and 41 boys coming from this size street is just unbelievable," said Frederick Adcock.

An unbelievable story told by Frederick and his wife Cynthia Adcock, in their book, "The Ganson Street Tigers Go To War."

"Well, the first thing I wanted to do was to record the history because i think it's very important," said Cynthia Adcock. "This was family history, but also neighborhood history in North Tonawanda history."

They spent decades listening to the stories of Cynthia's uncle Sam DePaolo about his youth on Ganson and going to war. He was one of four boys living at 18 Ganson who went. Frank Turone lived at 44 Ganson and served in a secret deception unit. The Miranda family at 38 Ganson also sent four boys. Joe Miranda, the only tiger not to make it home, was killed at Normandy and is buried in the American cemetery overlooking Omaha Beach.

"They were involved in every single battle just about from Midway to the Battle of Okinawa," Frederick Adcock said. "Just to be able to talk to them and learn the stories was a real honor."

Forty men and one woman, proudly serving their country, a country that their parents moved to for a better life, in a neighborhood that pulled together during times of war and peace.

"They were first generation Americans, Ganson Street is the heart of Little Italy in North Tonawanda," Frederick Adcock said. "As they were raised on the street, they played football and baseball on the street and it was their team name, the Ganson Street Tigers."

Cynthia Adcock is quick to point out that it wasn't only those who went to war that did their part.

"I'm also proud of the neighborhood itself, in addition to the boys that went to war, the homefront effort was amazing," Cynthia Adcock said. "They planted victory gardens, scrap drives, even the elementary students in North Tonawanda collected pennies and nickels and were able to purchase a picket boat for the war and so it was a whole community effort."

The last of the Tigers, James Pilozzi, passed away a year ago, but the story of their service to country, will now live on forever in the pages of this book.