A Buffalonian drove a Buffalo-made car to victory in the Great Race of 1908. 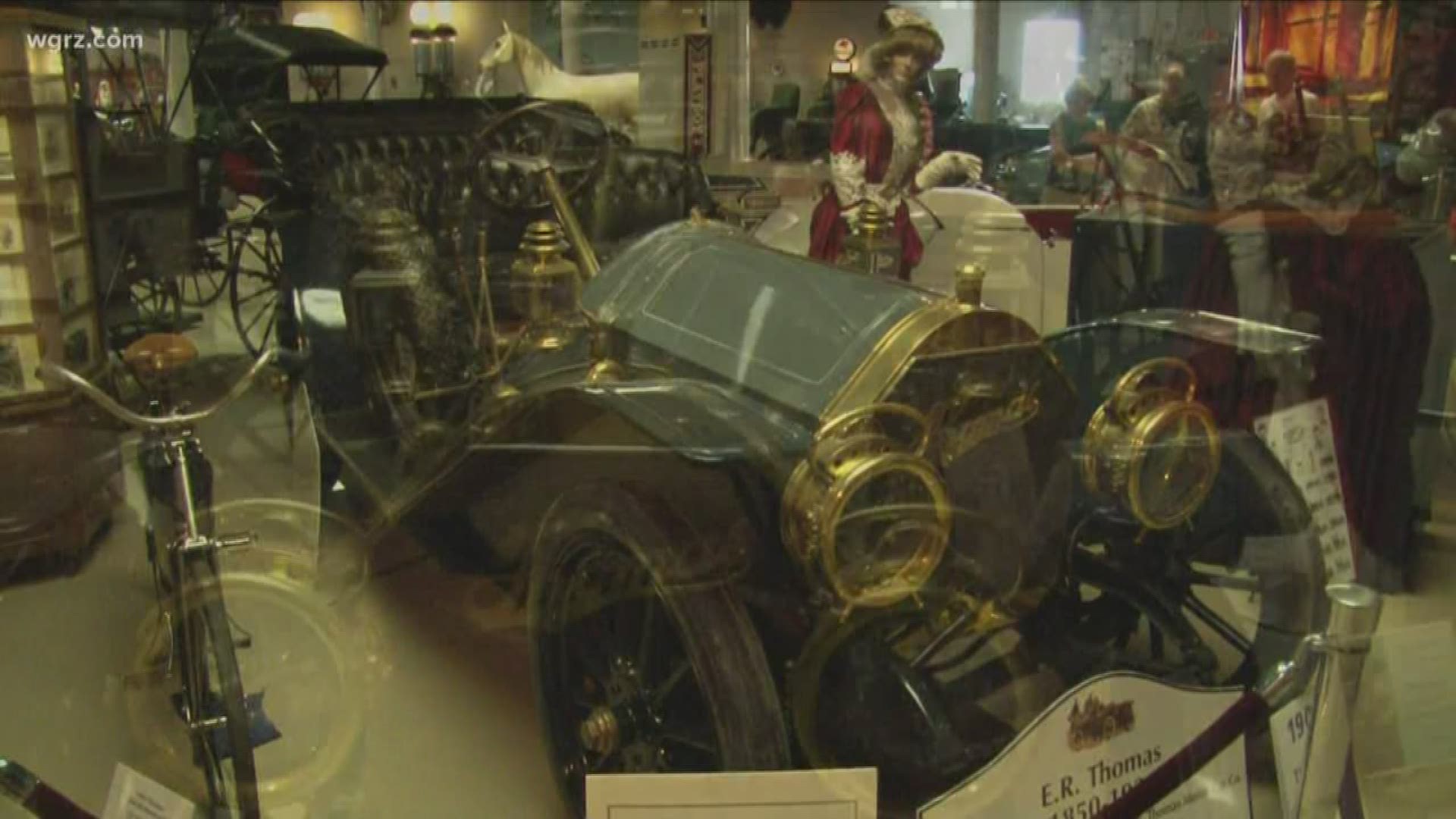 BUFFALO, N.Y. — It was called the "Great Race"— a round-the-world scramble to see who could drive a car from New York's Times Square to Paris' Eiffel Tower the fastest.

Jeff Mahl of Springville talks about the race with pride because the man who won it was his great-grandfather, George Schuster.

The plan was to leave Manhattan and drive cross-country to San Francisco, then load the automobiles onto a ship, up to Alaska, and use the frozen Bering Strait to cross over into Asia. When they arrived in Alaska, 15 feet of snow forced them to turn around. Jeff jokes that George wanted to continue into Alaska, because after-all, he's from Buffalo. However, due to the conditions, race organizers instead shipped the cars across the Pacific to Japan. The race rolled on from there.

There were six cars in the race from Germany, Italy, France, and the United States. An amazing challenge when you consider that this was 1908, before most areas even had paved roads.

By the time they reached France, only three cars were still racing. George Schuster in his Buffalo-built Thomas Flyer led the way. Jeff says that's where George met another problem. "The Jean Dams stopped them, noting that they had broken a left front headlight." Two working headlamps were required to drive on the streets of Paris. That is when a Parisian on a bicycle came to George's rescue, offering to let him use his bike headlamp. "They couldn't get it off without taking the lamp and the bicycle and damaging both, so they put the whole assembly onto the hood of the Thomas Flyer. The Jean Dams said enter, and they crossed the finish line to win the NY to Paris race for the United States, covering 169 days, 22 thousand miles, with a bicycle on his hood."

Schuster finished 26 days ahead of the second-place German team. It was a major feat, not only for the team, but also for the automotive industry. Before the race, autos were looked at as toys for the rich. The Thomas Flyer showed Americans the auto was a reliable form of transportation.

Schuster ultimately went on to open his own Dodge dealership in Springville, a tribute to him is featured prominently on the Town of Concord Historical Campus.