Cook was a physician and explorer, as well as the center of a huge dispute over who the first man was to reach the North Pole. 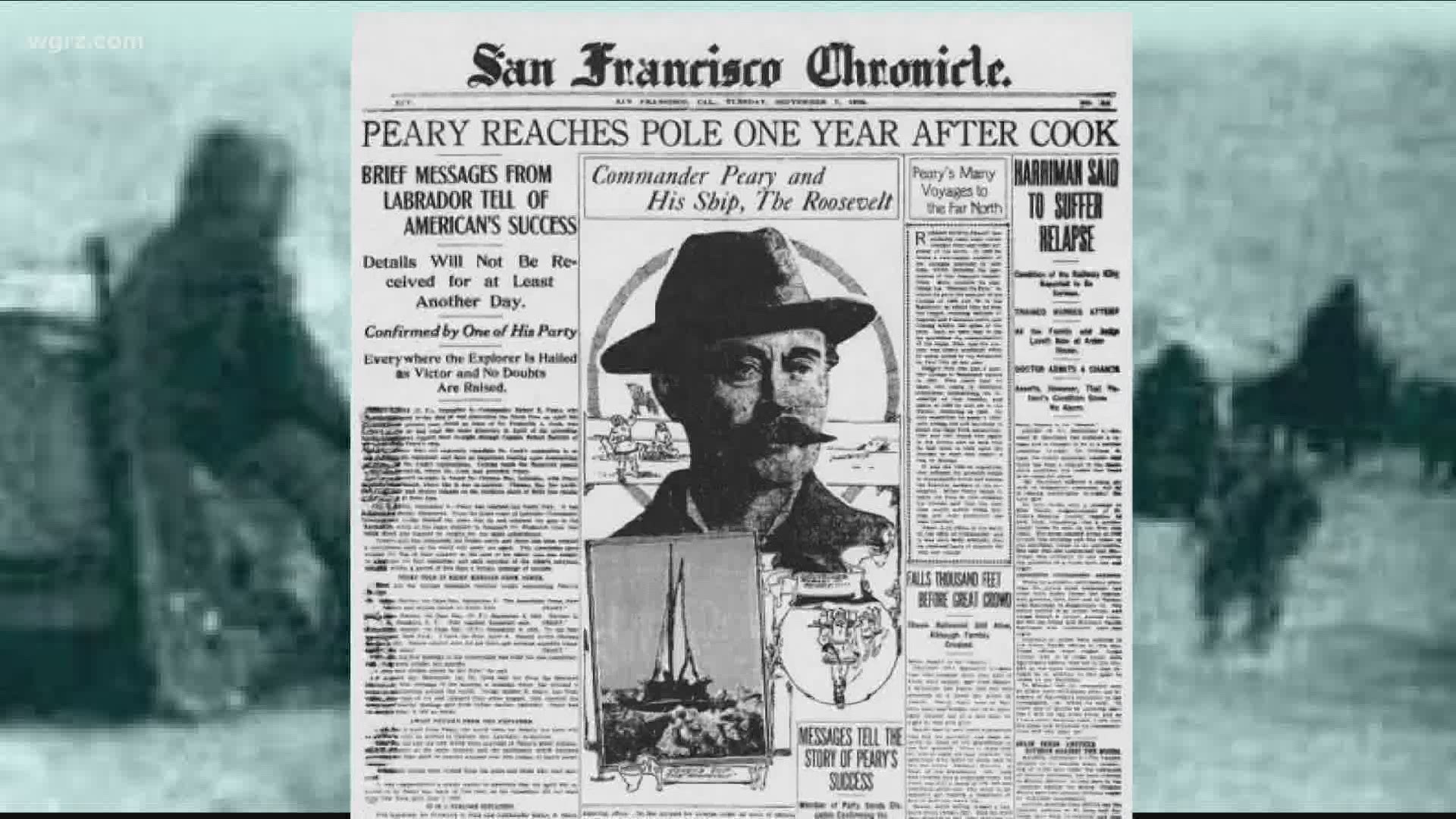 BUFFALO, N.Y. — If you walk through Forest Lawn Cemetery, you will see some of the area's most famous families and people, from a president to a funk music star.

And as we find out in this week's unknown story of WNY, honored there is also a man who was widely celebrated and then disgraced over his claim of being the first man to reach the North Pole.

Cook was a physician and explorer, as well as the center of a huge dispute over who the first man was to reach the North Pole, a quest that was born many years earlier in 1891.

"He found a newspaper article from a civil engineer by the name of Robert Peary who was going to be launching an expedition to Greenland. And he needed a doctor with his group," Fitzgerald said. “That expedition in that kind of changed his life."

He joined Peary on both an arctic and an antarctic expedition. Then in 1907, Cook set his eyes on something never achieved by man.

"According to Frederick Cook he actually was the first person to reach the North Pole," Fitzgerald said.

Sancton has written a book, due out this spring, about Cook. He says Cook’s claims were first called into question in 1909 when Peary made the same claim. Peary had major power-brokers backing him, so his story gained traction. But both Peary and Cook's claims have been debated for more than a century now.

"It's divided, some people say that neither one of them actually reached the northernmost point and others say Cook, others say Peary," Fitzgerald said.

Sancton says though, even if Cook never actually reached the North Pole, his efforts are something to respect.

"He was an incredibly courageous, resourceful and endured an unimaginable trial including a polar bear attack and a winter spent in a stone hut eating whatever he could scrounge," Sancton said.

So how did the resident of the world, who died in New Rochelle, NY come to take eternal residence here at Forest Lawn?

“His two daughters actually lived here later in life," according to Fitzgerald

They brought his ashes, as part of an effort to clear his name and preserve his legacy.

Now he is interred in this chapel. His place in history is marked by a bronze globe and within the unknown stories of WNY.