The Unknown Story of the Buffalo Blues. 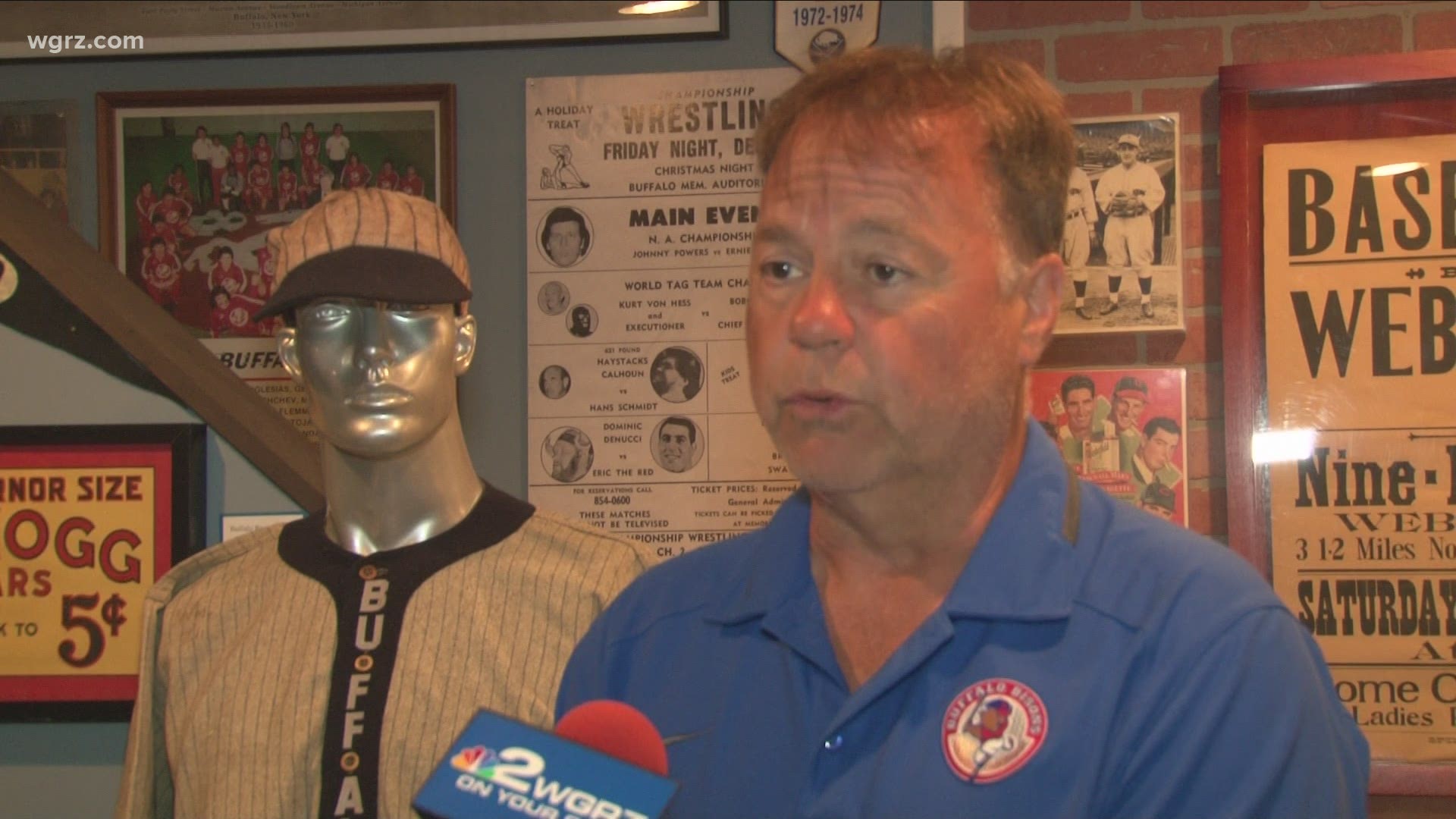 BUFFALO, N.Y. — It has been more than a century since Buffalo baseball fans have been able to pack into a stadium and watch a major league game here in the Queen City.

While the Toronto Blue Jays are giving fans that treat this summer, it was the summer of 1915 that the Federal League wrapped up its two year stay in Buffalo. The Buffalo Blues wrapped up their existence with a double header sweep of the Florida Terrapins, 4-0 and 5-4.

The Federal League which was a professional league was in competition with the American League in the National League.

John Boutet has quite the collection of memorabilia he should, he is the exhibit chairman for the Greater Buffalo Sports Hall of Fame. That collection includes items from the short-lived Buffalo Blues and the Federal League. "They had some really, really good but baseball players. We had a guy here named Hal Chase. He was the first baseman that played for the Blues, and was voted one of the greatest first baseman to ever play baseball."

Boutet says the team also had a Western New Yorker who's innovation is still used in every ball park in the majors. Howard Ehmke of Silver Creek played for the Blues, and later the Detroit Tigers, Boston Red Sox and Philadelphia Athletics. In fact Ehmke still holds the Major League record for allowing the fewest number of hits (one) in two consecutive starts. His playing career was outstanding, but his lasting impact on the game is still in use today. He invented the infield tarp that is pulled out for rain delays.

As for where the Blues played their games? Federal League Park stood at the corner of Northland Ave and Lonsdale Road in the Hamlin Park neighborhood and Boutet points out that it lasted for as long as the Blues did. "It was there two years, and it was a nice stadium. It was a beautiful baseball park. It sat 20,000 people and when the team folded and the league folded in 1915, it went unused and it was torn down in 1916. So it was it wasn't there very long not many people even know that it was even there."

From the Blues to the Blue Jays, a century later, Buffalo is once again home to big league baseball, and the Federal League is tucked away in yet another chapter of the Unknown Stories of WNY.