Scherbatow was a godson of Czar Nicholas II and a member of the Russian nobility. He and his family were forced to flee during the Bolshevik Revolution. 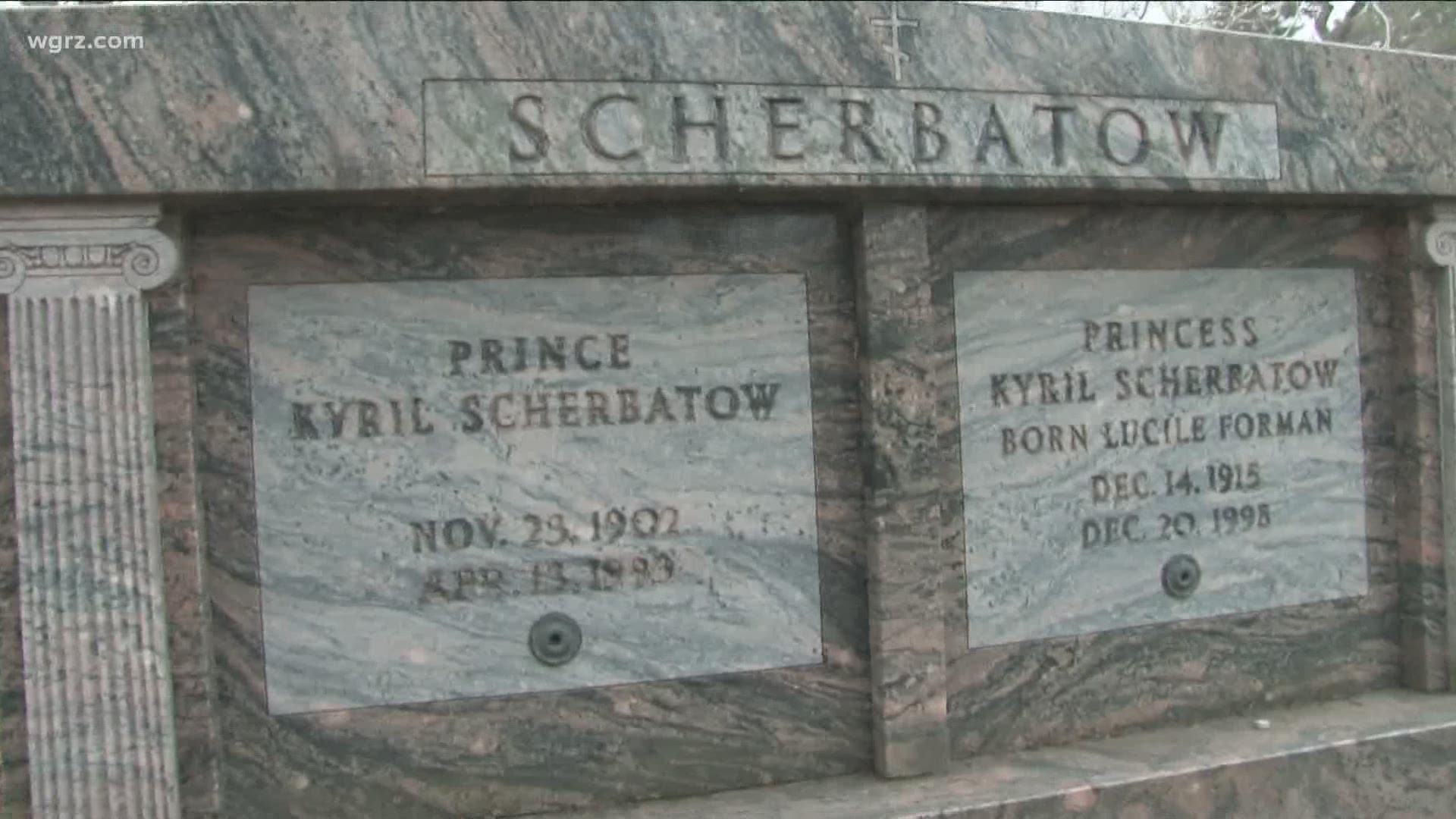 Forest Lawn Cemetery is an oasis in the heart of Buffalo's Delaware district, it’s also a treasure trove of history.

Among the eternal residents there, veterans from every U.S. conflict since the revolutionary war, a U.S. President, captains of industry, artists, inventors and even a Russian prince.

“I remember I was on a trolley in like the 90s and I was driven through the cemetery and they said a prince is here, and I said wait, what?!? A prince is here? A Russian prince? " said Laura Fitzgerald, the cemetery’s director of community engagement.

Even with all the history surrounding her on the premises, Fitzgerald said the story of Prince Kyril Scherbatow is one of her favorites.

Prince Scherbatow was born in St. Petersburg, Russia in 1902, Scherbatow was a godson of Czar Nicholas II and a member of the Russian nobility. Fitzgerald said he and his family were forced to flee the country during the Bolshevik Revolution.

"His uncles actually we're the ones responsible for killing Rasputin,” Fitzgerald said. “He said that he has a childhood memory of being in the palace and actually meeting Rasputin too, so that's pretty interesting "

He used his family connections to make his way around the world, and by 1932 he finally landed in the United States. In 1939 he married his first wife, Adelaide Sedgwick Munroe, and they operated guest homes in Jamaica and Bermuda for society and celebrity visitors. She died in 1968.

A few years later, the Russian prince would create an eternal link to the queen city.In 1971 he married a Buffalo girl, Lucille Foreman.

They lived a happy life until prince Scherbatow passed away in 1993. Five years after his death, Lucille died. Today they are together forever, in Forest Lawn.

The cemetery is open every day from 9 a.m. to 5 p.m. For more information on guided tours of the grounds, click here.

RELATED: The stick-boy who was called into action as a pro goalie