Rocks of Ages: The unknown story of Delaware Park's quarry 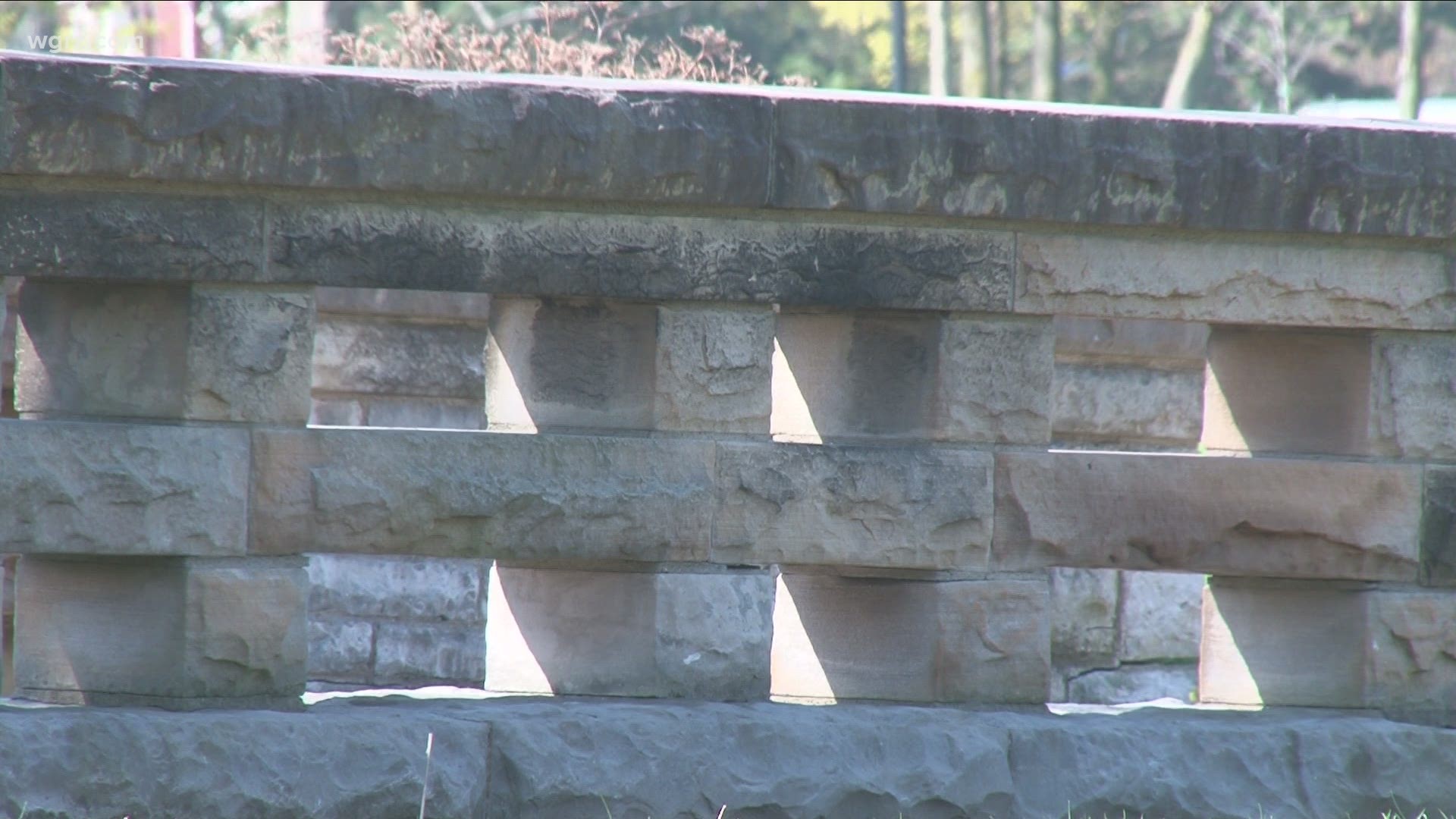 BUFFALO, N.Y. — As we inch closer to the summer months, Buffalo's Delaware Park will become more and more crowded, but it is also jammed with history. A lot of that history is all around, you just have to know where to look.

Take the Richardson Olmsted Campus, it is a stunning example of our amazing architecture, but also an impressive testament to our geology.

Mark Saglian is a docent at the campus and expert on its history. "The first thing that people talk about is the red Medina sandstone which is what the buildings are constructed of. They were dug up in Holley, shipped on the Erie Canal to Buffalo and chipped and fit it in place right here on on-site.  But ,one of the stories that no one has ever really talked about is that the foundation itself, which is constructed of what they referred to as blue limestone."

Onondaga limestone to be exact, from the Onondaga Escarpment which runs from this the exposed rocks along the 190 in Black Rock,  all the way to Syracuse.

It was quarried as part of two major projects that brought Frederick Law Olmsted to Buffalo in 1868; the NY State Asylum and grounds, and the design of Buffalo's park system. "They were concurrent municipal projects here in Western New York they were they were symbols and signs that Buffalo had arrived."

Tthey didn't have to look far for materials. The stone for the foundation of the H.H. Richardson creation was taken out of a quarry about a mile away.

You are probably asking now, what quarry?

The quarry was also known as "The Ledges" back in the day.  In fact, Olmsted even incorporated a quarry garden into his original park design. But soon, the quarry was deemed a hazard and was filled in using debris from the Kensington Expressway construction project  But, in addition to the two bridges, there is still evidence all around us, stone from the quarry was used to build many of the structures in the park and the Parkside neighborhood including the bear pits in the Buffalo Zoo and the stone walls of the 198 underpass at Main Street.