Sabres Equipment Manager reflects on his 50 years with the team 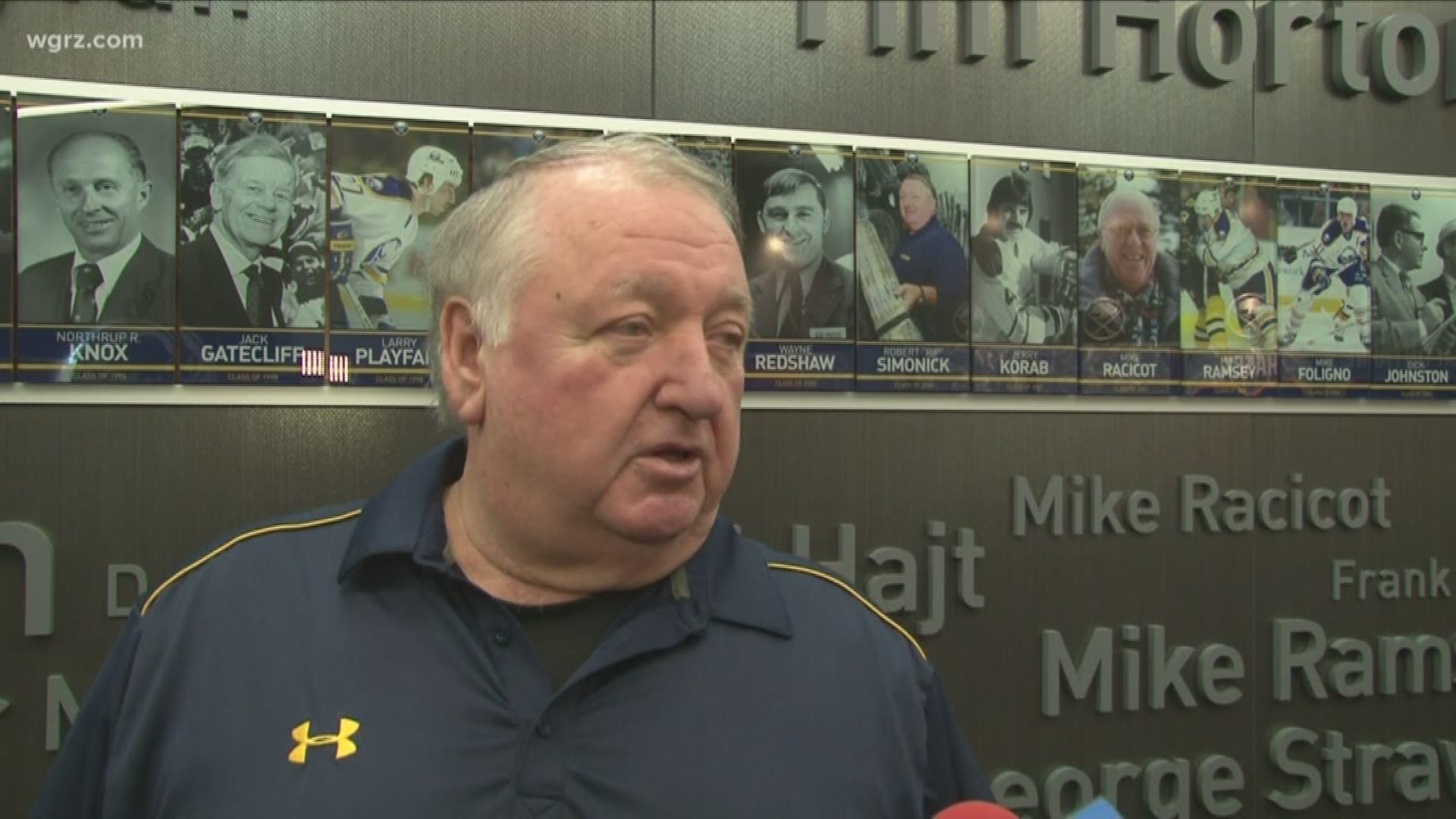 BUFFALO, N.Y. — There was a touching moment Monday before the game between the Sabres and the visiting New Jersey Devils. Jean Knox, the widow of Sabres' co-founder Seymour Knox came to center ice, flanked by her son Seymour Knox IV, to drop the puck for a ceremonial opening face-off. December 2nd marked 50 years since Seymour and Northrup Knox were notified that they had been awarded an NHL franchise. But there was another man in the building who has been around since before the team was a reality, Equipment Manager Rip Simonick.

A native of Buffalo's Old First Ward, Rip would hang around Memorial Auditorium with his brother, offering any help needed to the training and equipment staff for the AHL Buffalo Bisons, the team that inhabited the Aud before the Sabres. They would stop in before and after school, and help out in any way he could. They didn't get a paycheck, but Rip says there were some perks. "I mean we got free ice time, we got some free skates, we got some free sticks." And possibly the biggest perk was being on the ground floor at the right time. "When they were given a franchise, it was it was a dream come true."

Simonick is the only team employee around since day one. He has seen the highs and the lows of this franchise. His favorite memory came in 1973. "Obviously, the first time we were in the playoffs for the Montreal Canadiens and Rene Robert scored a big goal and you know people loved that. We got beat but we played great."

From the first face off to no-goal and the struggles of recent years, Rip would not trade a moment or his time with the players. And those are some of his favorite stories, like when Dominik Hasek came to town. "I said, 'you know what number did you wear in all your previous teams?' And he said, 'I always wear number 9.' I said, 'well you're not going to wear number 9 here. But you're going to be three times as good as you were in number nine, so I give you the number 39.' He's loved it ever since."

Through all the ups, downs, wins, losses, Rip Simonick has seen it all. That is why he is enshrined in the Sabres Hall of Fame, Greater Buffalo Sports Hall of Fame and is represented in the Hockey Hall of Fame as a member of the Society of Professional Hockey Equipment Managers Wall of Honour .