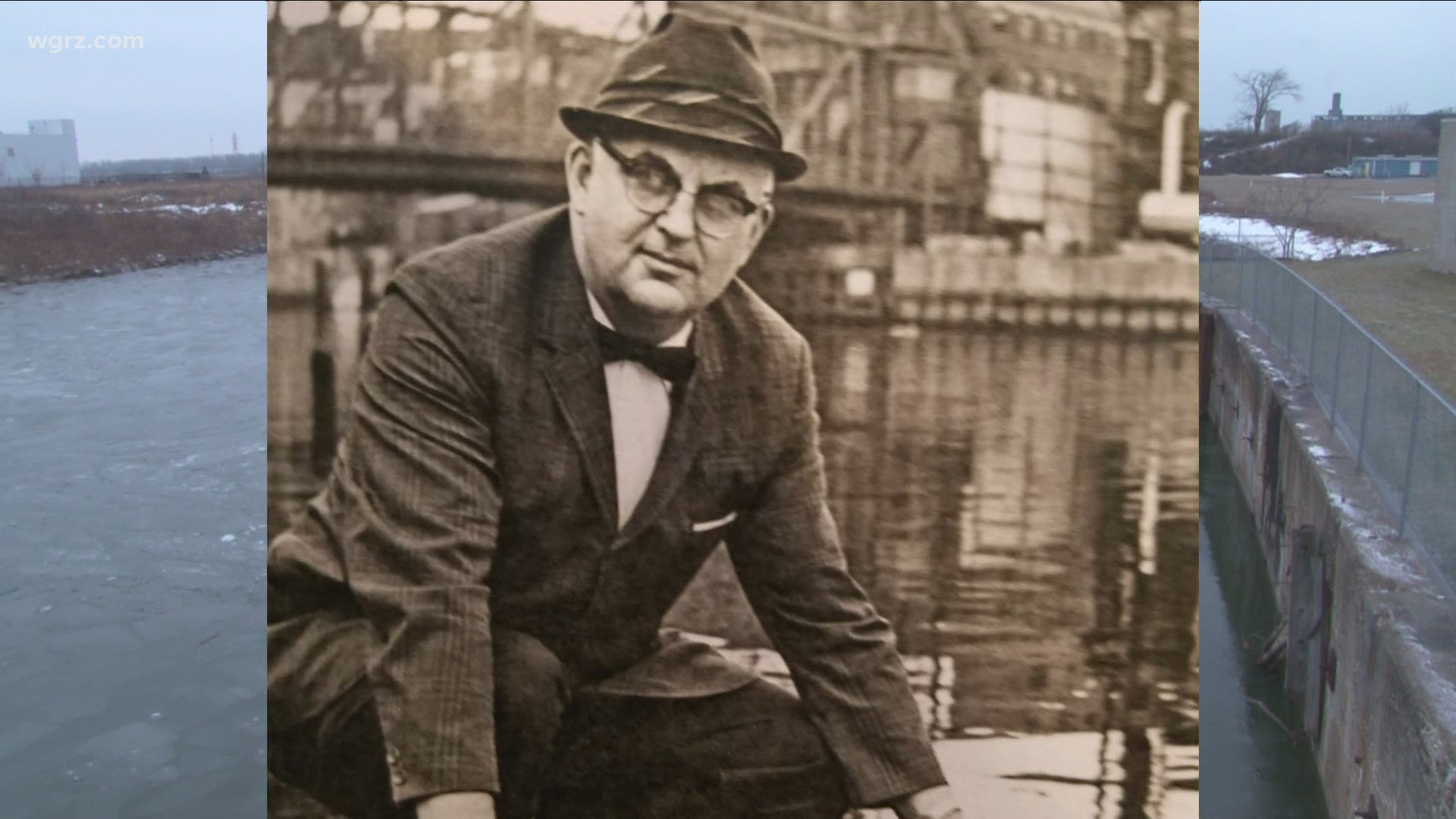 BUFFALO, N.Y. — Buffalo was a different city before Stan Spisiak, the area's first conservationist. Pollution used to be so bad that the Buffalo River burst into flames on the cold winter day of January 24, 1968.

"When first firefighters got here, right under the bridge, and everyone thought the bridge was on fire but it wasn't the bridge. It was the water that was burning," said radio newsman-turned-author John Zach.

But Zach explains that it wasn't exactly the water, it was the oil on the surface, that was set ablaze by sparks from the torch of a welder working on the South Park Bridge.

The fire made headlines, but the cause, the heavy pollution in the Buffalo River, Zach recalls, was nothing new.

"People would stop here and just admire the difference mosaic of colors but it was pollution was deadly pollution that virtually killed everything in this river," said Zach.

For a man named Stanley Spisiak, it was a low-point in his battle against the big industry polluters and the damage that they were doing to Western New York's waterways.

Spisiak called himself a jeweler by necessity but a conservationist at heart, according to Zach.

"He was a sportsman, the fisherman, and he noticed that the fish were dying everywhere, not only in the Niagara River, but especially on the Buffalo River," said Zach.

Zach explains in his new book "The Day The Buffalo River Burned" that Spisiak had been sounding the alarm for decades before that spark. Spisiak led a crusade for environmental change for 40 years, but no one would listen to him, according to Zach.

That changed in the mid 60's. Spisiak was able to give Senator Robert Kennedy a tour of the polluted waterways.

Then, it was when he was honored as water conservationist of the year and his efforts picked up steam. It was an honor that brought him to the nation's capitol. He was presented the honor by none-other-than the first lady herself, Lady Bird Johnson.

Spisiak quickly had her ear and explained what was happening in Buffalo. He convinced her to bring it to the attention of President Lyndon Johnson, and to bring LBJ to Buffalo.

President Johnson visited in 1966, and as part of the tour, Spisiak showed the president a bucket full of toxic muck scooped from the harbor, dumped there by the Army Corps of Engineers.

@WGRZpete shares Stanley Spisiak's role in pushing for the clean up of a polluted Buffalo River after it caught fire.

Today we are fortunate to have Spisiak's great niece, @BNWaterkeeper Jill Jedlicka, continue the tradition as a WNY waterway champion.https://t.co/lUac5205EF

Zach hopes that one day Spisiak's contributions will be immortalized with a plaque or statue along the waters that he fought for.

"This man, Stan Spisiak, this obscure east side Buffalo jeweler, in my opinion, is one of the most influential people of the 20th century. He ranks right up there with the best of them," Zach said.