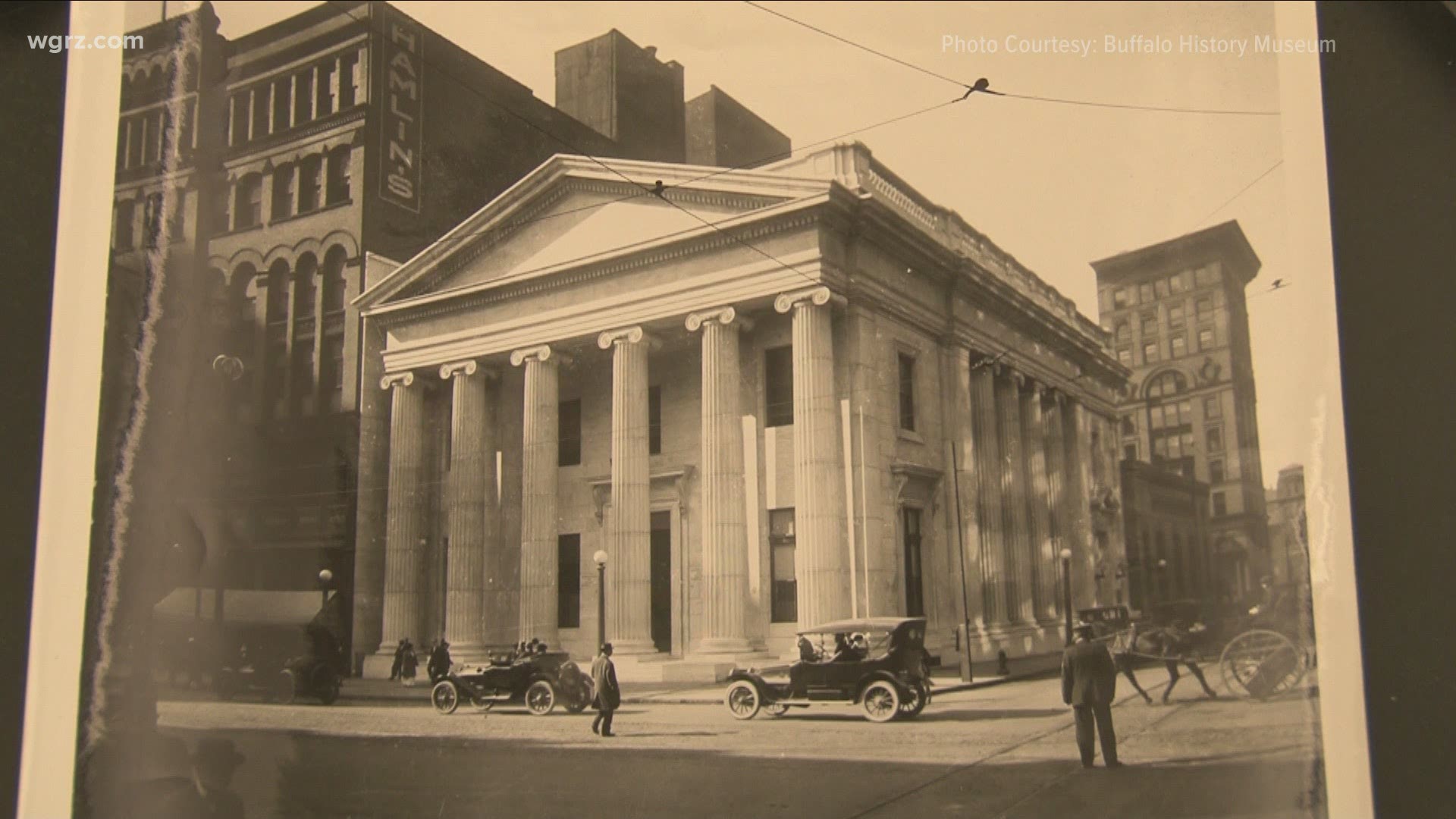 But Van Ness adds that it isn't the first architectural masterpiece the banking giant called home. "They wanted to send a message that we're trustworthy, we're solid, we're safe and protected and it were part of a long tradition, and that's why they often used various motifs in their building designs."

And so in 1913 they began construction on a spectacular Greek revival headquarters at 268 Main Street in Buffalo, at the corner of Swan. As the bank merged with others and rapidly grew, they moved out in 1928, selling the building known to many as "the marble temple" to the Federal Reserve. It was ultimately demolished as part of urban renewal in 1959.

Maybe you, or your dog, has noticed those huge marble pieces dotting the waterfront... ever wonder where they came from? This morning, the #UnknownStory of Buffalo's marble temple. #Daybreak @WGRZ pic.twitter.com/MKQ9KPoU24

But while it may be gone, it is not forgotten. All you need to do is head to Wilkeson Point on the waterfront. Huge chunks of gorgeous marble were uncovered in clearing the land for the park. What was once used as fill is now part of it's design. Now, in the shadow of M&T's newest offices in the Seneca One Tower, sits a gleaming reminder of what once was.

Van Ness loves the idea of people being able to interact with history like this. "It was great that the public can see those on and go right up and touch them and that there's something telling you what you're looking at, so you don't have to guess anymore, but I kind of wish we still had the original bank"

But the outer harbor is not the only place these pieces of buffalo history are hiding in plain. Marble columns, salvaged from the building, also stand next to Lake Lasalle at U.B. North and in Allentown in front of 469 Franklin Street, the former Tony Sisti Gallery.