Outer Harbor's Terminal "A" turned out 1.2 million Ford cars and trucks over 28 years. 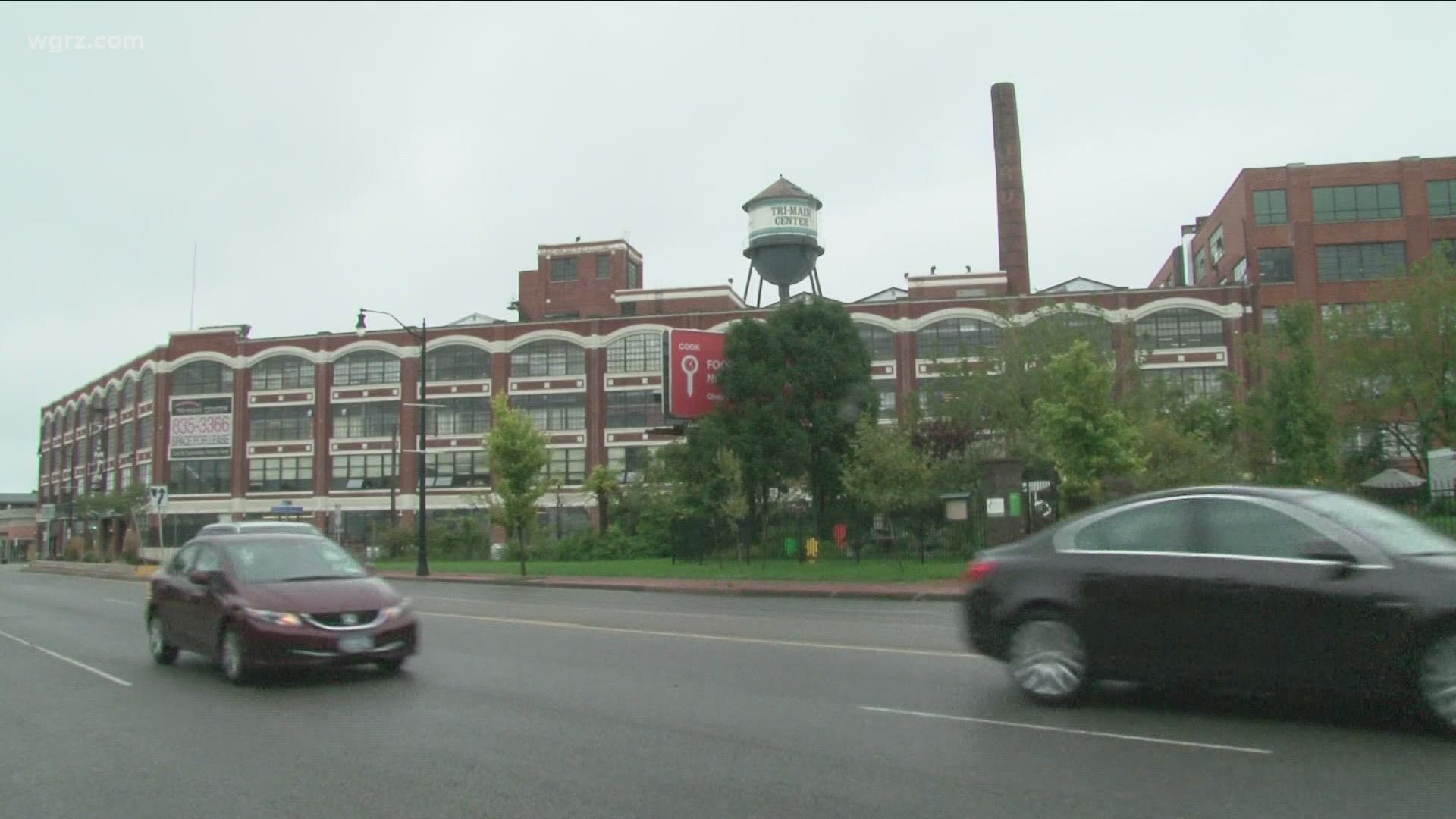 BUFFALO, N.Y. — For many years, there has been endless discussion of development on Buffalo's outer harbor, but nearly a century ago one of our nation's foremost innovators and industrialists saw its potential.

Henry Ford had a long relationship with Buffalo. In 1913, he began assembling cars on Kensington Avenue. 3 years later, he built a new factory in what is now the Tri-Main Building.

But his connections were also somewhat personal at times. He visited the Chautauqua Institution on a number of occasions with Thomas Edison, who was married to the institution founder's daughter, Mina Miller. Jim Sandoro, founder of the Buffalo Transportation Pierce Arrow Museum says Ford even made his first sale here, even before the Ford Motor Company was a thing.

"He actually sold his first car experimental car to a guy in Buffalo and the guy kept it for a few years and Henry Ford bought it back to a put it in the Henry Ford Museum."

In 1896 he sold the first functional automobile, the quadricycle, to Charles G. Ainsley of Buffalo for $200.

But it was 1931 that Henry Ford really expanded his industrial footprint here, on Buffalo's Outer Harbor.  "There were only 35 plants across the country at the time so Buffalo was a main spot for him it was all the shipping the Erie Canal it was a major major place and a lot of his top people came through Buffalo." adds Sandoro.

As talks continue about the future of the waterfront, one building stands as a testament to our link to one of the nation's greatest industrialists. The #UnknownStoryofWNY of Henry Ford's #QueenCity connections, this morning on #Daybreak @WGRZ . pic.twitter.com/TZBisiyiSd

By 1953 the plant had about 1,250 employees making 50,000 cars and trucks annually. at peak production, a new vehicle left the assembly line every two and a half minutes. The Fuhrmann plant became the last place in Buffalo where finished automobiles rolled off the line. More than 1.2 million Ford cars and trucks were made there.

In 1958 Ford opened the Hamburg Stamping Plant and moved on from their waterfront digs, but the building, known now as terminal a, may have an exciting future. The Buffalo Naval Park has looked at various sites on the Outer Harbor including the terminal a building as possible expansion sites.

As for what may be next, two years ago the Erie Canal Harbor Development Corporation put together an advisory committee to look into options. They also hired an advisor to conduct a market study to look at possible uses for the building, including light industrial, warehouse, cultural and maybe even residential. Recommendations from both are expected later this year.