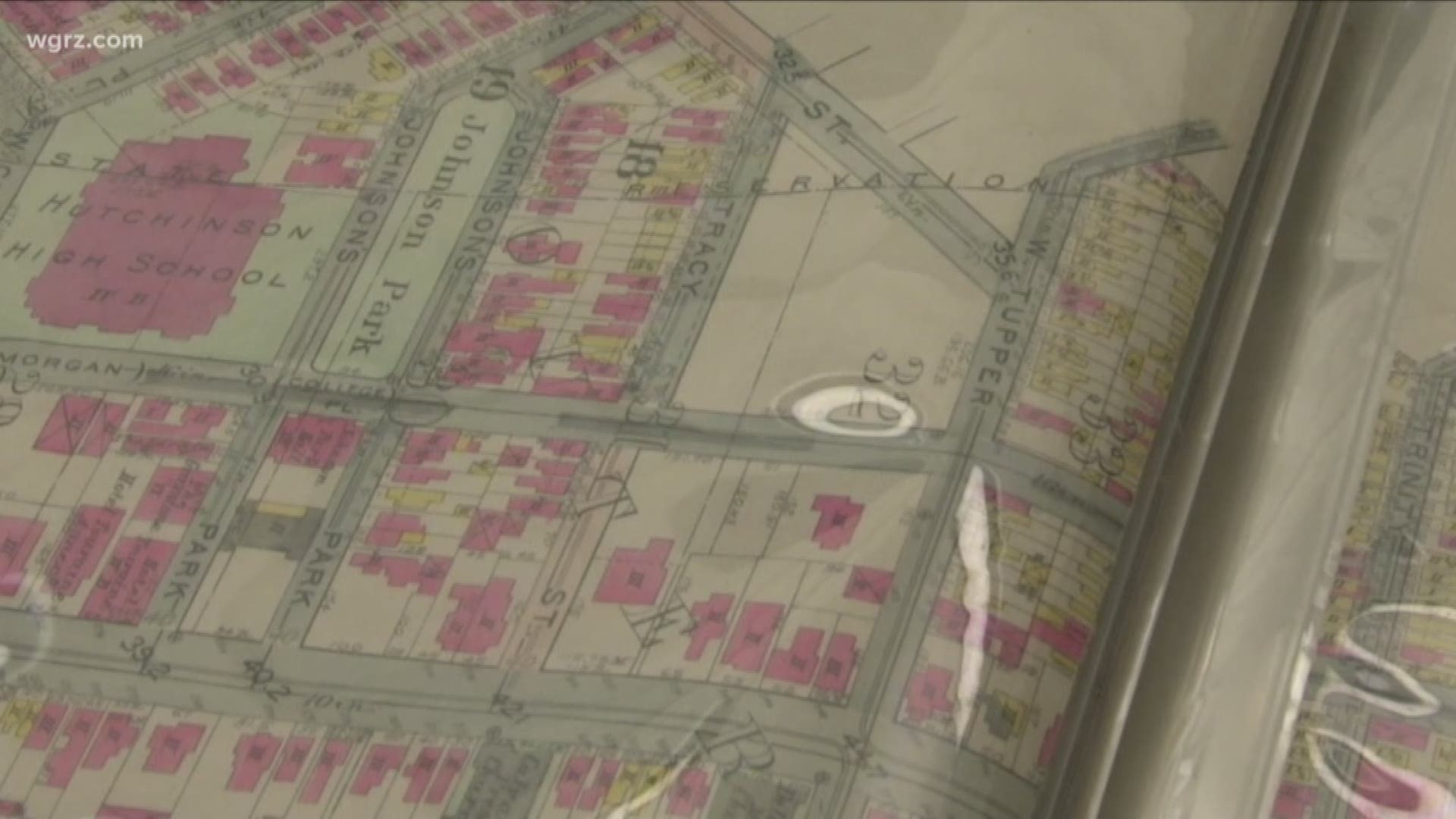 BUFFALO, N.Y. — We know Buffalo is a lakefront city, but did you know that there was at one time lakefront property right here near South Elmwood and West Tupper Street?  Cynthia Van Ness of the Buffalo History Museum says "once upon a time, if you had a home on Tracy or Tupper you might have been able to look across a lake that was in Rumsey Park." Rumsey Park sat on the property now occupied by the Herman Badillo School.

Van Ness says the property was a gem in the city. "A huge private estate along what is now south Elmwood Avenue, owned by Bronson Rumsey and they had a huge backyard, almost the size of a public park, where they had a pond, a boathouse, elaborate gardens, they had skating parties and some landscaping. It was really a spectacular estate in the center of the city. "

The Rumsey fortune came from the tannery business. In fact they were at one time the largest leather producer in the country. Bronson Rumsey helped found M&T Bank, and at one time he and his brother owned 22 of the 43 square miles that comprised the City of Buffalo.

So you might ask, what happened to the lake and all of that parkland? Well, at least in part, Elmwood Avenue happened. The city extended Elmwood from Virginia Street south to where City Hall is today, between 1911 and 1912, cutting the estate in two. It was later subdivided and sold off for commercial development. Other places in the city still do bear the Rumsey name, specifically, Rumsey Woods in Delaware Park.