The history of curling in the United States is due in large part to curlers from Buffalo. 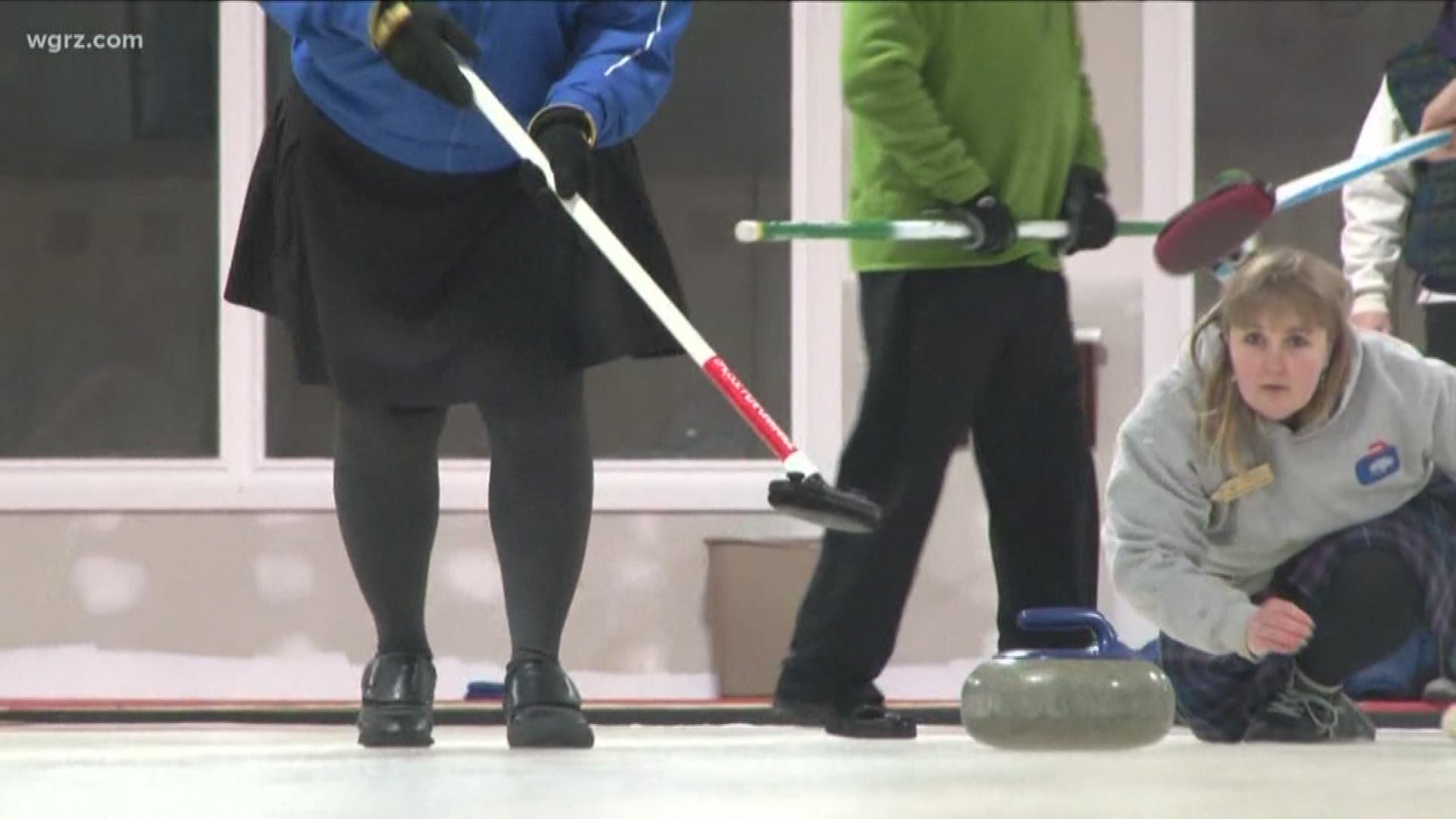 The new indoor facility for the Buffalo Curling Club has only been open for a few months, but they're already brushing up on a history of curling that’s gone on for more than 150 years.

Danielle Buchbinder had been curling in Niagara Falls when attendance numbers started dropping. She says she saw it as an opportunity.

“I just talked to enough people over time, saying ‘I think we should get a curling club in Buffalo.’ I knew that the numbers were there, based on the numbers we saw in Niagara Falls."

The previous Buffalo Curling Club had been shut down for 8 years, after a 50-year run dating back to 1960. A wave of new and returning members brought new stories of a rich Buffalo Curling History.

"I didn't realize quite so much about how, with as big as Buffalo was back in the 19th century, early 20th century, that there was big club presence then."

Dating back to 18-65... the Buffalo Caledonian Curling Club hosted an international tournament-- called a "bonspiel"-- lining the streets of Buffalo's Black Rock neighborhood. According to member David Stachura, they ended up with four different sheets around town.

"I think there were 50 teams that were here in Buffalo, and it was the first big international bonspiel, and it was here in Buffalo, at least in North America," Stachura said. "On top of that, the winner of that was a Buffalo club, and from there, the winner, David Bell and his team, helped to create the Grand National Curling Club, which is now the official club of the United States."

Now, the GNCC recognizes more than 70 clubs across 16 different states - including 12 here in New York. Buffalo wants to be next on that list. While the USA might still not be known as a powerhouse for curling...you won't hear Buffalo curlers complain. After the country's first gold medal, a sport that was once in the background is now front and center.