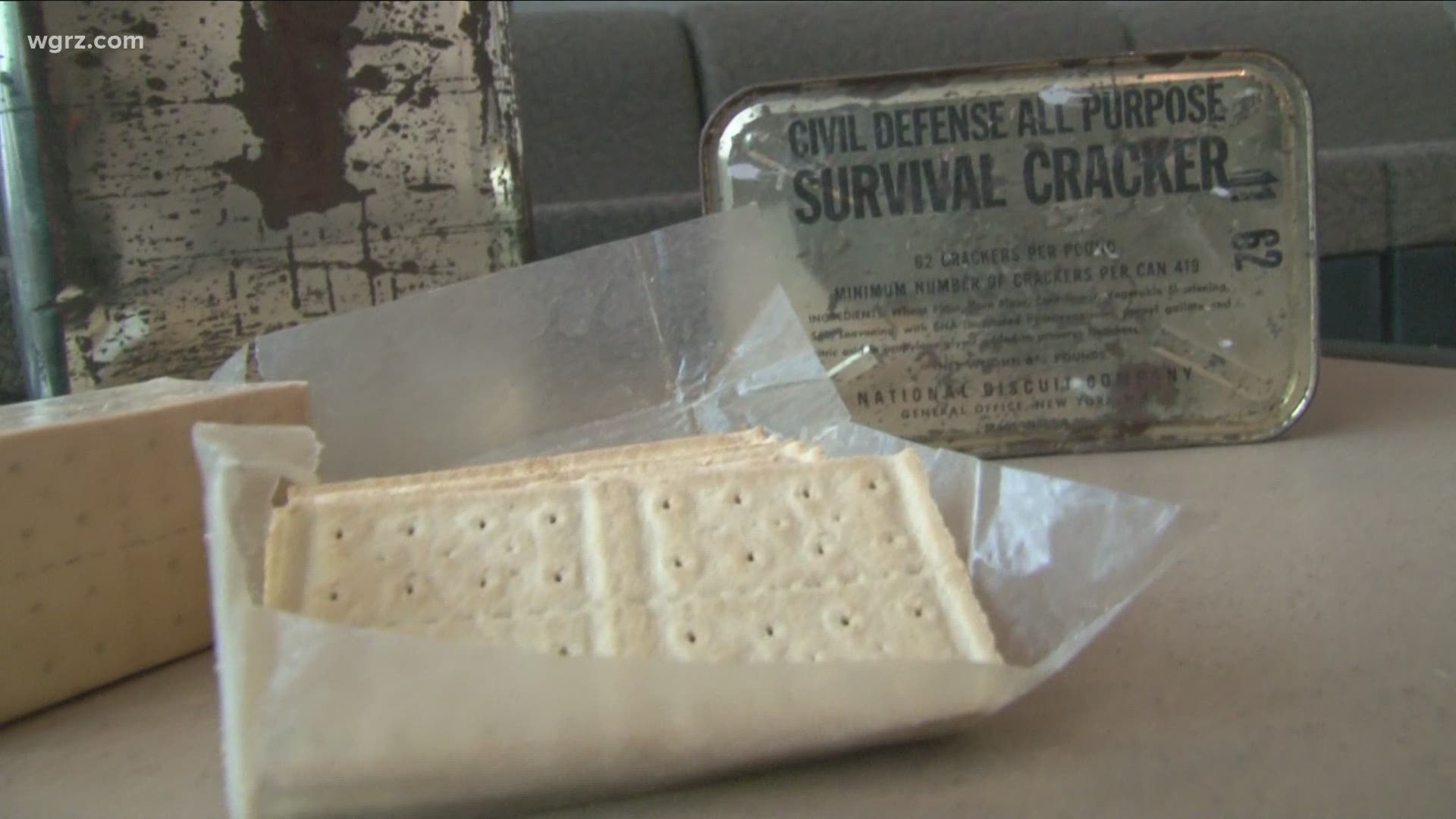 As a member of the class of '87, it was a story that certainly caught my attention. Meghan Finnerty who works in the College Communications office says it has peaked the interest of many alumni. "I think when you love your school you love learning about your school."

What I learned was that the old saying, that history is all around us, couldn't be more true. Dormitory buildings in which I spent three years of my life, are sitting directly above a Cold War era time capsule.

Benedict, Dobson and Mcfarland Halls each had fallout shelters installed beneath them when they were built in 1965. Those shelters are complete with 16 inch, rebar enforced concrete walls, 15-hundred gallon water tanks, and two bathrooms. They were forgotten about until a facilities worker brought a tin of survival crackers to someone in administration.

Finnerty says that even though a few people in buildings and operations were somewhat aware of the shelters, most people on campus were not.

"We simply just wanted to see them," Finnerty said. "Then we were like, we should try these crackers, they're very old. And so the first person that we were put in contact with from facilities and planning said, sure there's lots of crackers down there."

They are artifacts of preparation at the height of the Cold War, by 1964 companies like Keebler and Nabisco produced enough crackers to feed 50 million people, with a potential shelf life of centuries. But that wasn't all, there were also boxes of medical supplies and hard candy, although most of the supplies and cots were removed years ago after flooding issues.

Researchers believed  the Rochester area was a potential target due to its manufacturing and defense industries. Kodak for example produced a satellite camera, which was used to spy on the Soviet Union's nuclear and missile sites. The fallout shelters under Brockport had the capacity to hold more than 2,000 people. Now, this recently rediscovered dusty crawl space along with a full array of original blueprints stand as a living classroom for today's students about how close we came to the cold war, really heating up.

2 On Your Side reached out to Buffalo State and the University at Buffalo to see if they had similar facilities that may be time capsules just waiting to be discovered. I did not hear back from U.B., but Michael Canfield at Buff State said that he understands that Caudell Hall had a shelter built beneath, but any evidence of that was cleared out years ago.