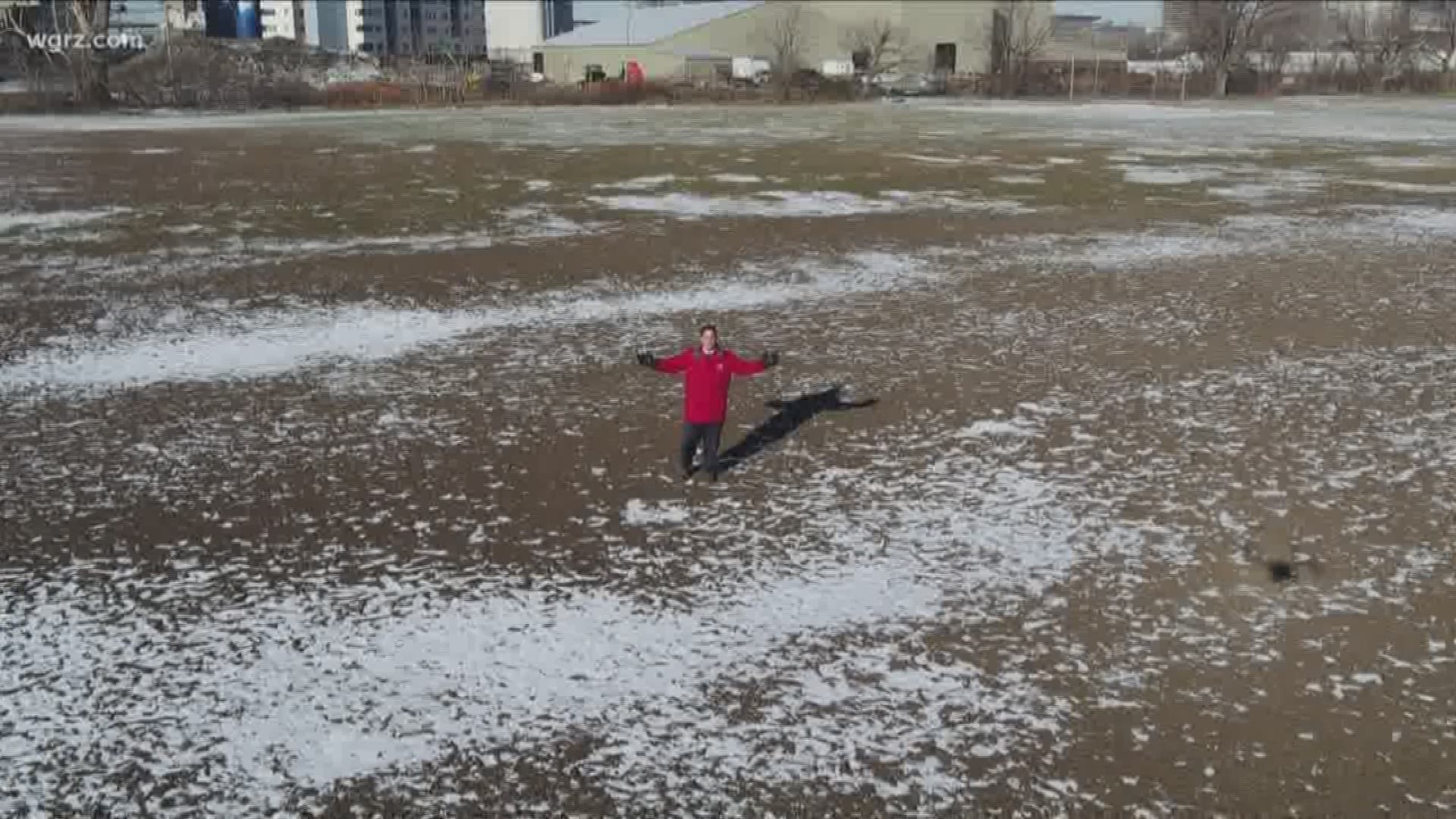 BUFFALO, N.Y. — In the decades after Clinton's ditch opened, Buffalo began to boom. More and more canals were dug to accommodate the increased shipping business and the Queen City's newfound prosperity as an important port town.

By 1849, plans were already in the works to add to the waterways with the Ohio Basin, a spot that would connect the waters and give ships a place to turn around.

The basin was completed around 1852, and it was huge. Ten acres or about a fifth of a mile long, connecting a number of canals here in the old First Ward.

You know it today as the site of Conway Park. The new Ohio Basin was a conduit for several canals, most notably, the Hamburg Canal. What they didn't take into account was that the Hamburg intersected several city sewer lines, sewers that were now flowing into the basin.

Historian Tim Tielman of the Campaign for Greater Buffalo says that the new basin created a host of problems that were never anticipated. "There's no natural flow so it gets dirty (and) stagnant. It is the source of a cholera outbreak. So five years after it was dug, the city declares it a public nuisance "

Buffalo suffered through two cholera epidemics. but the basin and the ward had become a very important area for Buffalo's industries, as a result, the neighborhood attracted a large Irish, workman's population. Or as many politicians saw it, a pool of new voters.

Tielman says Grover Cleveland targeted the demographic when he launched his political career. He announced his campaign for mayor in 1880 during a speech at an Old First Ward tavern along Ohio Street. "He says that a public office is a public trust, you should not tolerate the conditions here in the Ohio Basin."

He won in a landslide and went on to the Governor's office and ultimately the Oval Office. All the while, the Ohio Basin sat and continued to deteriorate and stagnate. It was filled in gradually, but not fully until two boys drowned in 1950. It was finally filled, incidentally with debris from the demolition of Frank Lloyd Wright's Larkin Administration building, topping off one Unknown Story, with another.