Parker was considered a hero after he punched in the neck, and then tackled, the anarchist who shot President William McKinley. 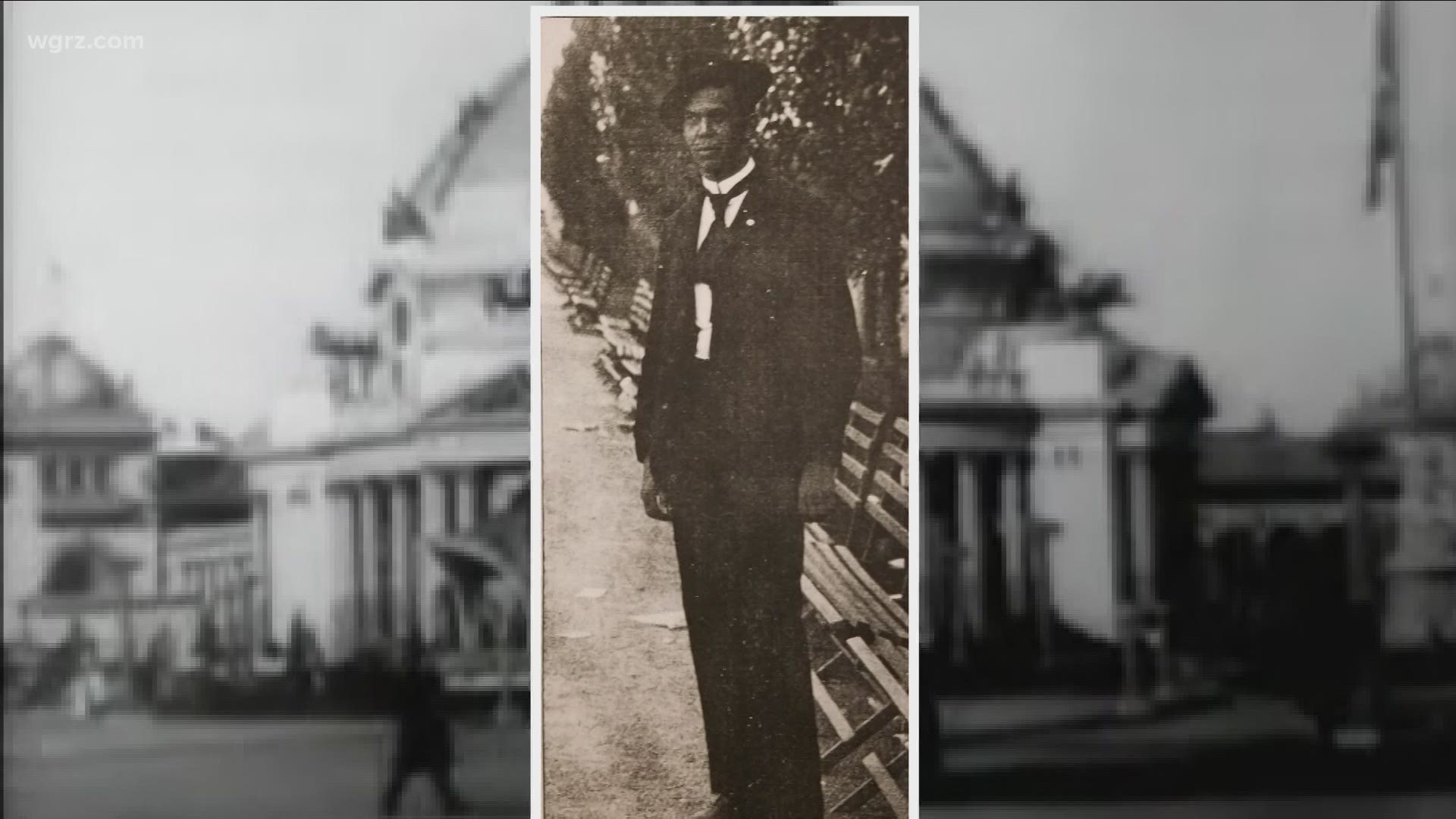 BUFFALO, N.Y. — The man who put himself in harm's way to try and save a president at the 1901 Pan American Exposition here in Buffalo made national headlines. However, many of them focused not only on his bravery, but also the color of his skin.

It was an event that attracted the world's attention and established Buffalo as the city of light, that is, until one of the darkest days in the city's history.

A memorial stone marks the spot on what is now Fordham Drive where, in 1901 during the expo, The Temple of Music stood. On September 6th, President William McKinley fell on the spot, shot by an anarchist named Leon Czolgosz.

Before that fateful day, people came from all over. Some came as tourists, others looking for work. That included a man named James Parker. Standing six-foot, six-inches, he was known to many as "Big Jim."

Cynthia Van Ness of the Buffalo History Museum says "the Pan-American Exposition was opening and there were lots of jobs to be had on the grounds so he came to Buffalo and took a job as a waiter."

Parker was born the son of slaves and had traveled to many parts of the country looking for work, but on that day, here in Buffalo, he went from waiter to hero.

Van Ness explains: "He had time off from waiting tables so he went to see the president like so many visitors did that day. He got in line and he was in a position to help subdue Czolgosz after he shot McKinley."

Czolgosz had snuck this revolver into the Temple of Music inside of a handkerchief. As Czolgosz approached McKinley, he fired the weapon twice, hitting the president at point-blank range.

After the second shot, Parker punched Czolgosz in the neck and then tackled him to the ground. Parker was quickly joined by one of the soldiers and a Buffalo policeman in restraining Czolgosz who was badly pummeled by more soldiers, police, and bystanders before McKinley could order the beating to stop.

Parker's actions drew national headlines. He went on speaking tours all around the country. He was celebrated at dinners and receptions. He even received fan mail from across the country. Parker was quoted in one paper as saying "just think, father Abe freed me, and now I saved his successor from death, provided that bullet he got into the president don't kill him."

Many newspapers of the day focused on the color of his skin as much as his actions, says Van Ness.

"There's some people who rejected the story, couldn't possibly believe it but Americans in a lot of places embraced him and celebrated," said Van Ness.

After McKinley had passed and Czolgosz was convicted and executed, Parker bounced around to several cities working various jobs until he was found acting erratically in Philadelphia.

He was examined and determined to be mentally unstable and committed to the Philadelphia State Hospital. He died a short time later, his body went unclaimed and was donated for medical research.

It was a sad ending to the life of a man once regarded a hero.