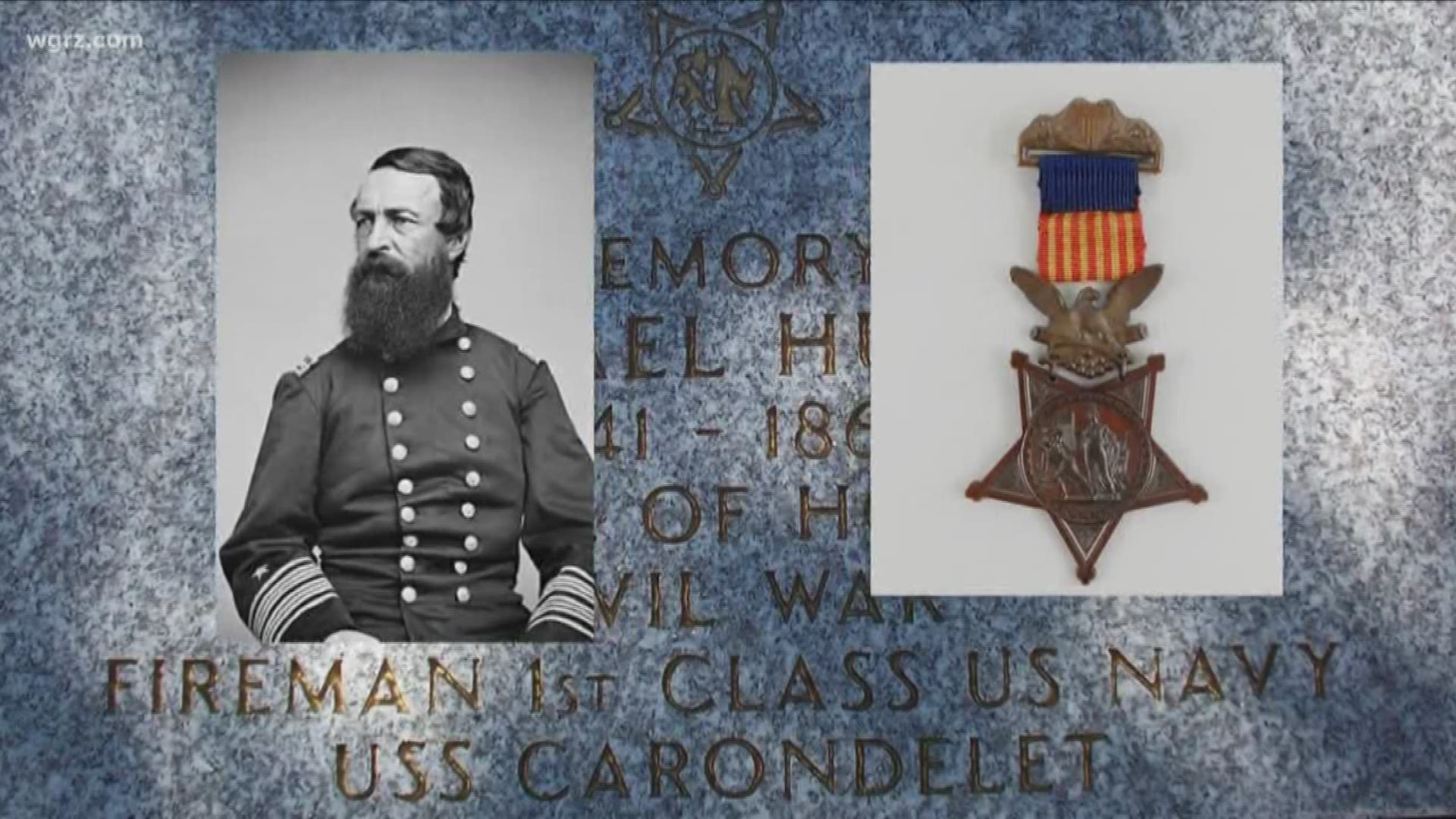 LOCKPORT, N.Y. — In Lockport's St. Patrick's Cemetery lies an ordinary granite marker, dedicated to a man who's heroics were anything but ordinary.

Michael Husky was born in Ireland, but he came over as a young boy and grew up in Lockport. He enlisted in the beginning of 1862 and within two weeks he is fighting at Fort Donelson and Fort Henry as part of the crew of The USS Carondelet, which was the first ironclad, predating the Monitor and the Merrimack by months.

This Irish immigrant- turned U.S. Navy sailor found himself quickly engaged in the Civil War of his adopted home country, in the bogs and bayous of Mississippi.

"Once it's flooded and to these bayous are very narrow they're only about a foot wider than the boats themselves." said Niagara County Historian Catherine Emerson. "They're very winding and because it's flooded they're bumping into stuff there's all sorts of animal falling out of trees like water moccasins and cockroaches and rats in the possums and panthers and you name it."

And, she adds, as this is all happening, they are also sitting ducks for the enemy.

But despite all of that, when the U.S.S. Ivy, the ship carrying the admiral became stuck, Huskey sprang to action. Huskey jumped from his boat to the Ivy, he helped save it. Eventually, General William Sherman makes it with his troops after a forced march of about 20 miles, and saved the day.

Huskey was approved for the Congressional Medal of Honor. Unfortunately, he never collected it, and never made it home to Niagara County. A few months after his heroics, Huskey died of infection at a Memphis hospital. He is believed to be buried in a grave of unknowns at the Memphis National Cemetery.

The medal was awarded, but never presented. The plaque at St. Patrick's remembers the achievement, and Michael Huskey's actions add another chapter to the Unknown Stories of Western New York.

RELATED: Unknown Stories of WNY: A legacy of Love, more than a century later