The midnight ride of Amos Callender 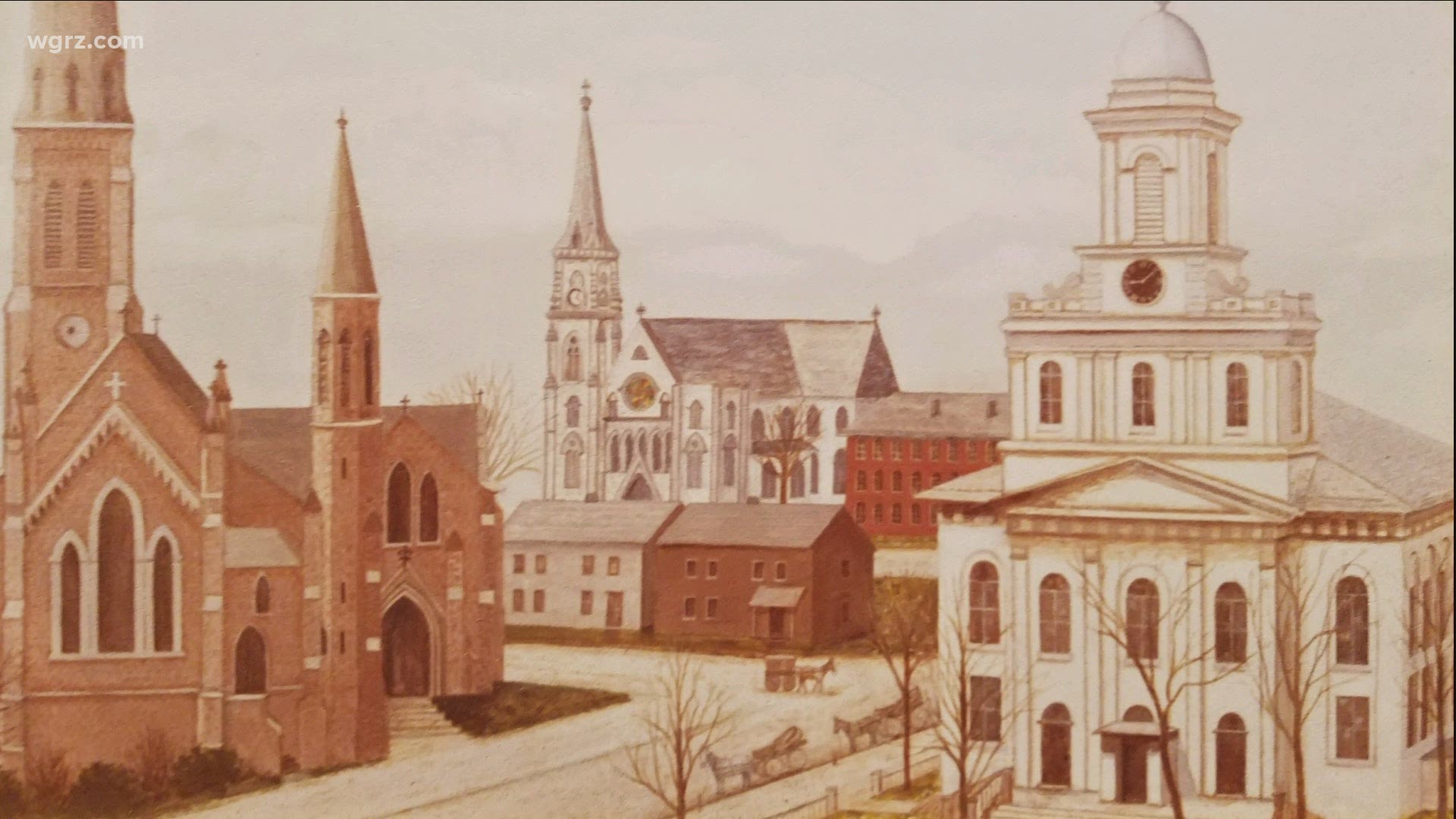 “December 1813 during the War of 1812 the British burned Buffalo,” said Christina Banas, of First Presbyterian Church in Buffalo.

But another thing that came to Buffalo in 1812 was the city-to-be’s first religious organization.

"A lot of people are familiar with our architectural gem building on Symphony Circle with the tall tower but may not realize that we were the first religious organization formed on February 2, 1812," Banas said.

The church has had several homes over its 2-plus centuries. But had it not been for the heroics of a man named Amos Callender, the memories of First Presbyterian may have blown away with the ashes as the British burned Buffalo to the ground.

Callendar, saw the importance of preserving the very short history and the mission of the church.

"[He] Put the original session minute books are our very early history in a pillowcase as he fled for his life to Batavia almost to Paul Revere style escape,” Banas said. "Religion and Faith were very important to him. He realized when the church was founded that it was something important that it was something that people needed. He was also the minute taker he was so he knew that that record was the only proof that the church existed that it had been founded."

Many say that Callender was instrumental in establishing both religion and education in the fledgling frontier village. Thanks to him, this record book is one of the few artifacts to survive from Buffalo's pre-fire existence and another very intriguing chapter of the Unknown Stories of WNY.