There's a place in Buffalo that takes complex concepts and inspires kids to be the engineers of tomorrow. It's called Engineering for Kids. 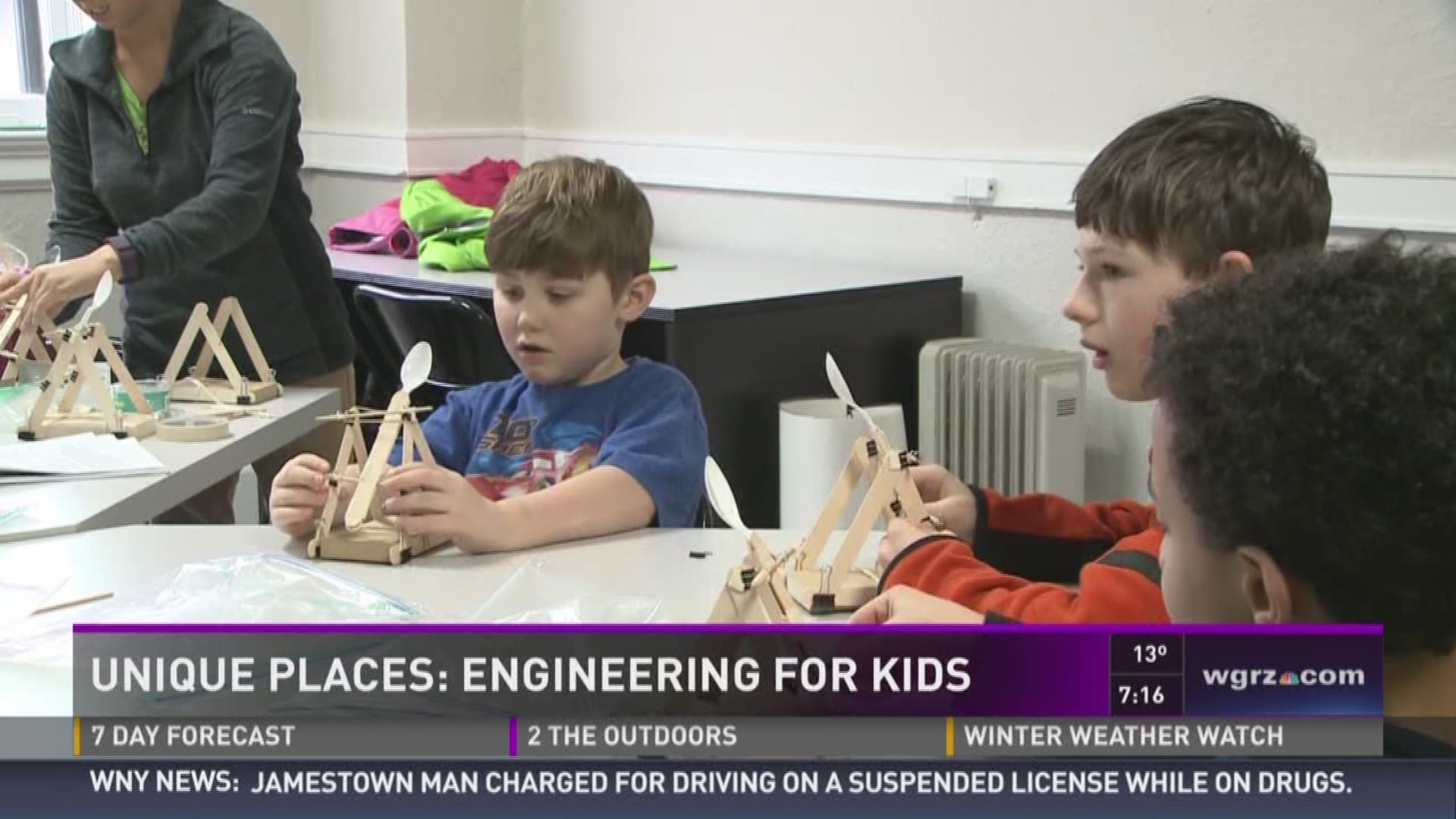 And there's a place in Buffalo that takes those complex concepts and inspires kids to be the engineers of tomorrow. It's called Engineering for Kids.

Maureen Miller, the Co-Owner of Engineering for Kids, says they aim to spark children's interests in the vital STEM (Science, Technology, Engineering and Math) fields in hands-on ways.

"Our big mission is to provide kids with hands-on project-based learning in STEM fields that they aren't exposed to enough," she said.

The program has been in Western New York for about two years, but it's part of a much larger project that spans the globe with 145 locations in 21 different countries. Kids ages 4 to 14 are welcome.

"Being parents, my husband and I saw that science was not there for the kids in school, as much as the kids look for it," Miller said. "It just made us kind of want to bring that to the kids outside of [the] school setting so that they're able to thrive in different ways other than ELA and Math."

Miller also said Engineering for Kids will work with schools, Parent Teacher Associations or individual teachers with an interest in its programs.

"We encourage them to try a bunch of different things because they really don't know what they're interested in until they try it," she says.

Those different things could include subjects ranging from robotics to aerospace engineering and video game design.

Engineering for Kids has 11 teachers on staff with backgrounds from early childhood education to engineering. But wherever they started, they have one thing in common: inspiring kids to be active in their own education.

Engineering for Kids' young scientists seem to agree that being hands-on is a much more fun way to tackle scientific problems.

"We just build," said Sama Wilbur, an Engineering for Kids student. "It's just fun to build things and to be creative."

Engineering for Kids offers programs throughout the Spring and they are also offering summer camps. To register, visit www.engineeringforkids.com/buffalo