Niagara Falls museum worked to serve as a resource for people during the Black Lives Matter protests and the coronavirus shut down. 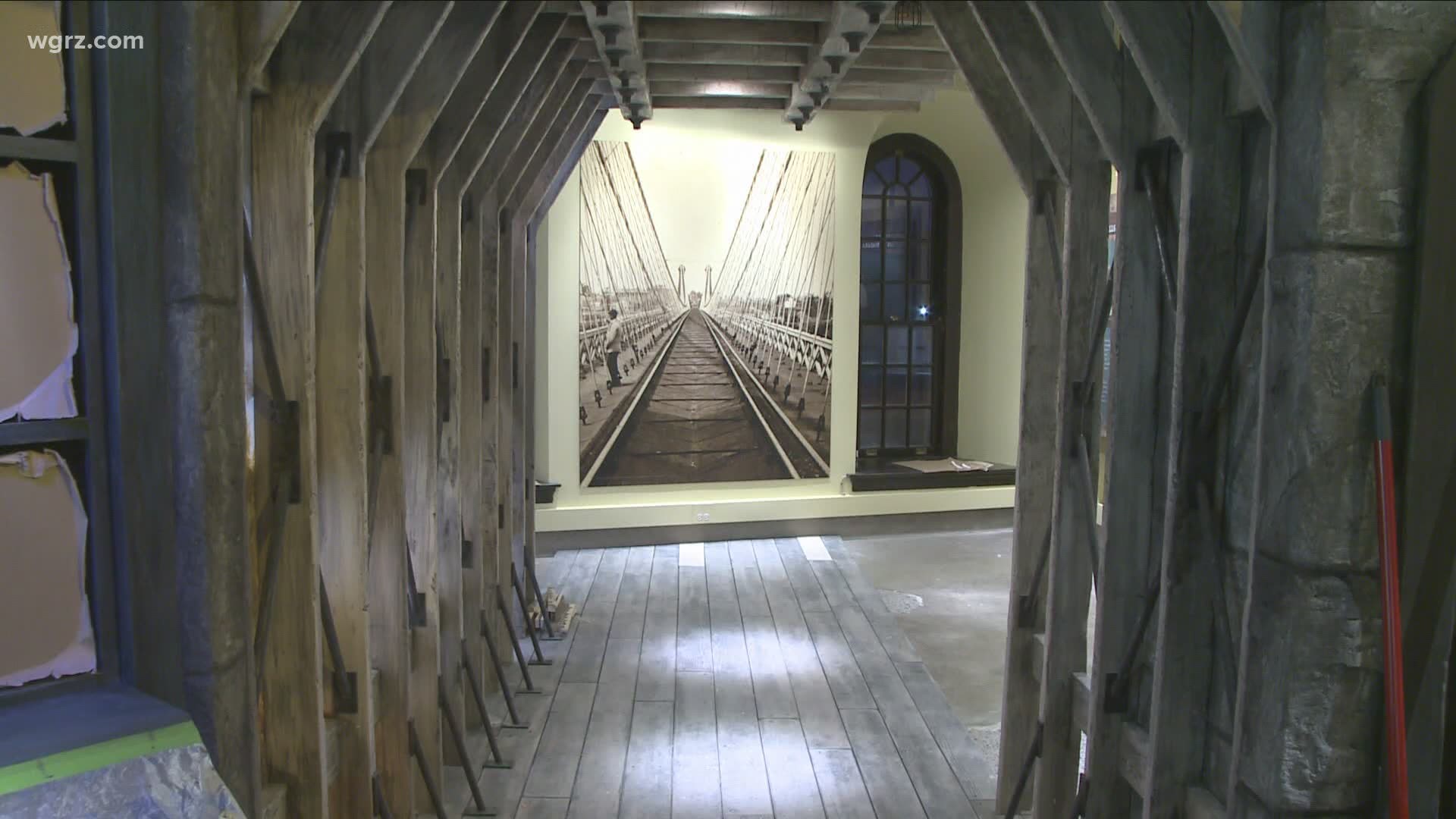 NIAGARA FALLS, N.Y. — During the resurgence of the Black Lives Matter movement, there has also been a resurgence in interest in the history of African Americans. This all comes as the Underground Railroad Heritage Center in Niagara Falls is getting ready to reopen for the first time in months.

Center Director Ally Spongr says "We have definitely seen an increase in people who want to learn more and connect with us."

Mark Twain once said, 'history doesn't repeat itself, but it often rhymes.' Even through a pandemic, the URHC has been using the past to provide context to the present says Visitor Experience Specialist Saladin Allah.

"We have been at the forefront of not only underground railroad interpretation, but also just facilitating dialogue around these issues of social injustice, racism and all these other isms."

He says what the Black Lives Matters movement has done is forced the uncomfortable conversation surrounding race relations, something that is within the core mission of the center itself.

"As an institution, we have created that safe space for people to actually unpack and process a lot of the things that we see are going on today."

Through interactive elements on the center's Facebook page, to handing out Black Lives Matter lawn signs and even commissioning the mural on a wall outside of the museum, Spongr says the staff here has tried to make a difference even while closed.

"We started to again receive outreach, people were reaching out to us wanting to know how they can help, how they can be involved."

Allah adds that, in a way, the pandemic has cleared many of the distractions of everyday life and allowed the message to echo louder.

"This type of conversation has been brought to the forefront which allows people to focus on the things that a lot of times have been hidden under the surface," Allah said. "We strive to tie in the events of the past and give context to the things that are going on today because they are directly related."

The center has had an active fundraising effort going on their website throughout the time they have been closed, which should be ending very soon. No official date has been set, but Spongr says they should be open in the coming days.

RELATED: Albright-Knox backs mural that will go up at Buffalo Zoo