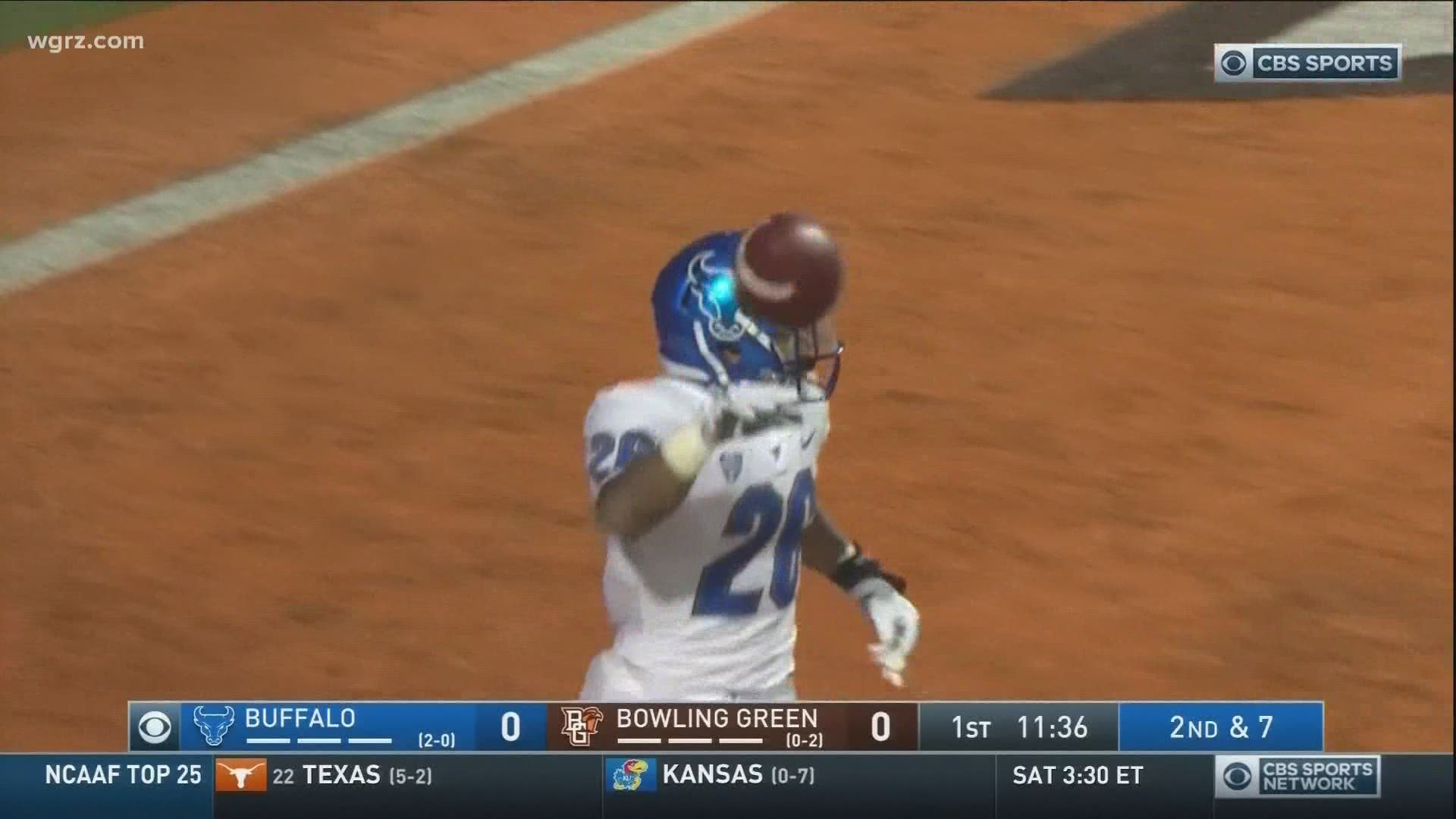 BOWLING GREEN, Ohio — It was the Jaret Patterson show on Tuesday night as UB rolled over Bowling Green 42-17 to remain undefeated at the halfway point of the abbreviated season.

Last week Bulls quarterback Kyle Vantrease got the job done, throwing for over 300 yards. But this week he only had to throw 12 passes as the team overwhelmed Bowling Green on the ground.

Patterson ran all over the Falcons defense, finishing with a school-record 301 yards and four touchdowns, breaking his own record set last year against Bowling Green. He also became the first running back in the nation to eclipse 300 yards rushing this season and moved into second place on UB's all-time rushing list in the process.

Kevin Marks Jr, had an impactful game as well, running for 90 yards on just 15 carries, adding a touchdown of his own. UB ended the night with 470 total yards, 396 of which came via the run.

The Bulls defense held the Falcons out of the end zone until the fourth quarter when the game was already well out of reach. The Bulls outscored the Falcons 35-3 in the first three quarters and the defense nabbed its seventh turnover of the short season.

The Bulls are 3-0 for just the second time since 2000 and are proving to be one of the top teams in the conference. UB's offense has been firing on all cylinders this year, scoring an average of 44.3 points per game, while the defense has only given up more than 17 points once this season.

UB hits the field again next Saturday as the team welcomes the 3-0 Kent State Golden Flashes to Amherst.