The team will ship two massive displays to Prague this summer, showing off a number of innovative concepts in the growing world of theatre 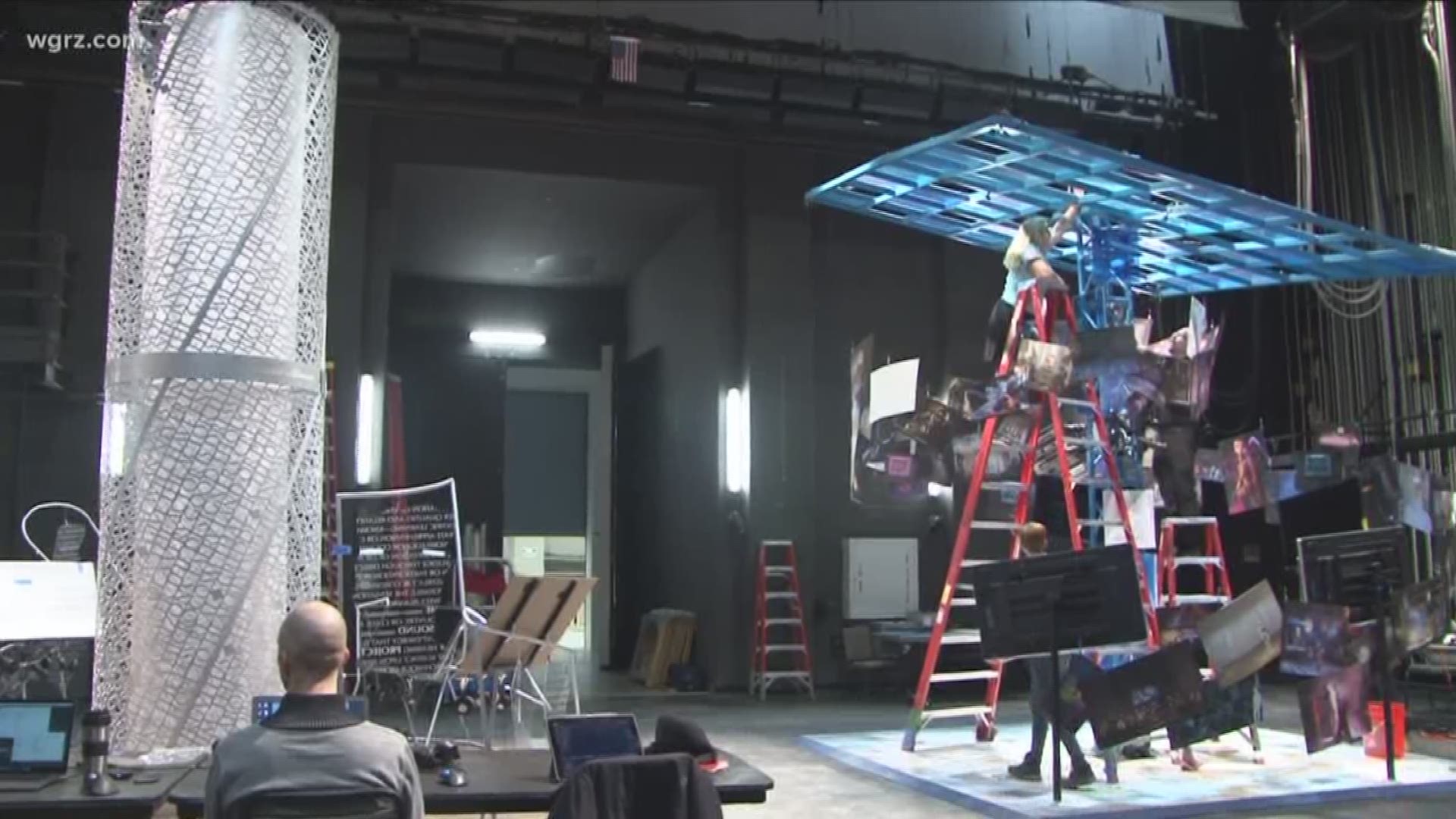 BUFFALO, N.Y. — The world of theatre is an ever-evolving, changing, and growing industry.

And one group of students, staff and faculty from University at Buffalo is preparing to show off their skills.

But for many on the team, it's a journey that's taken years to come full circle.

Jonathan Shimon-- an Assistant Professor of Theatre Technology at UB-- was tasked with creating two exhibits for the 2019 Prague Quadrennial, the largest global event in the field of competitive stage design.

The event covers everything from costume, stage, lighting, sound design, and theatre architecture for dance, opera, drama, site-specific, multi-media performances, and performance art; the New York Times has gone so far as to call it "the most important meeting of theatre people in the whole world."

So who would Shimon enlist?

One of those students, senior Katherine Metzler, has had a quiet passion for theatre since her days trying out for a middle school production of "Annie".

"I started as a performer, and I was just terrible at that," Metzler laughed, "but I got to stay after school to build and paint the sets, and that's what really caught my eye."

Little did she know her love of theatre would manifest itself later, in her final years at UB.

The civil engineering and architecture double-major said she never thought she'd find her way back to the stage in a professional capacity.

"I just kind of had a passion for theatre on the side, until I realized that a technical director was a real career that exists," Metzler smiled.

Metzler was joined by faculty, staff, and 8 other students with a diverse range of skills, experiences, and goals.

"Many of the students on the team came to UB with other majors in mind and have added on a theatre major or minor," said Shimon.

The two designs--following the theme of "Porous Borders"-- were created by two groups of designers: one made up of established national designers in Houston, and the other made up of emerging designers in Chicago.

Once the designs were approved, the team at UB started building around Thanksgiving.

"The level of detail--as well as the budgets--on this project is something well beyond what we typically do in theatre and dance," said Shimon, reflecting on months of work. But by mid-January, both pieces were complete. "They've risen to the challenge."

Now, the challenge will be breaking the two exhibits back down, and rebuilding them again at a National Convention in Louisville, Kentucky.

It'll be good practice, because the team has to ship the exhibits overseas to Prague in June, where they will display their creations to thousands of industry leaders.

"Every detail, somebody's going to look at and understand the implications of," reflected Metzler. "So you really have to bring your best to every little choice in the exhibit."