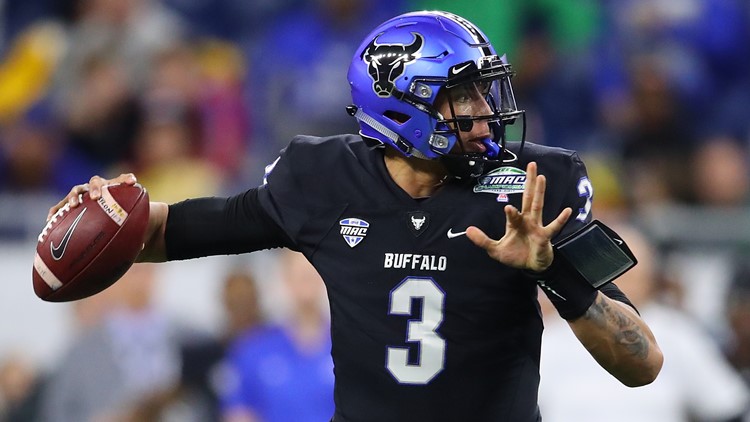 The University at Buffalo's star quarterback Tyree Jackson is chasing his dream to play for the NFL.

In an Instagram post Sunday, Jackson said he will forgo his senior season and declare for the 2019 NFL draft.

Jackson went on to say that he is excited about the journey and thanked his family, teammates, and coaches.

It seemed like Jackson would not return to UB after he entered his name in the NCAA's transfer portal after the season. He wanted to explore his options of playing somewhere else but ultimately, decided to turn pro.

Jackson was the Mid-American Conference offensive player of the year. The Bulls finished 10-4 on the season.

"Tyree and I have communicated throughout the process. As I previously stated, we support Tyree and always want what is best for him. Though we are disappointed he will not return for his fifth season in our program, we are proud of Tyree for earning his degree and happy and excited for him and his family as he enters this next chapter! He will always be a Bull.”

The Bulls lost to Troy 42-32 in the Dollar General Bowl. The score was fairly close throughout the game, but a fourth-quarter fumble ended things for the Bulls.

Jackson dropped the ball with over three minutes left in the quarter. Troy scored on the very next play and never looked back. It was a rough ending to an otherwise spectacular season for the Bulls.