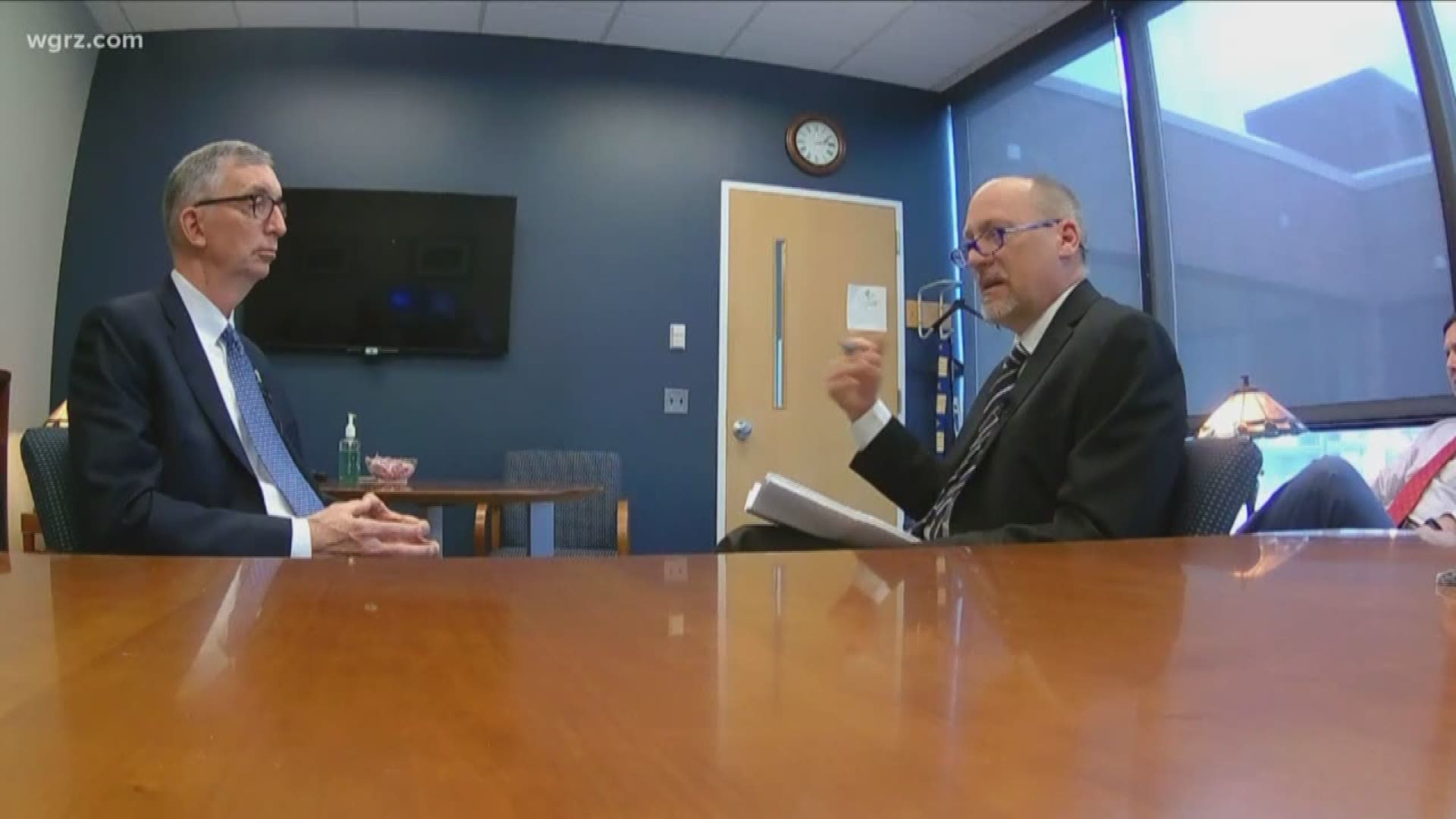 BUFFALO, N.Y. — An autopsy was scheduled to be conducted Thursday on the body of a University at Buffalo student who died on Wednesday, following a suspected off-campus hazing incident which occurred in the city’s University District in the early morning hours of Friday, April 12.

Sebastian Serafin-Bazan, 18, was a freshman from Port Chester, New York in Westchester County.

According to UB Vice President for Student Life Scott Weber, the school reached out to Bazan’s family once again to offer its support and condolence following his passing.

Weber also accompanied UB’s President Satish K. Tripathi on a visit to Buffalo General Hospital over the weekend to visit with Bazan’s family when their loved one was still on life support.

“I think it is very important that we were there,” said Weber, recalling the family appeared to be in a state of shock when he met with them.

While the investigation has yet to be completed, according to sources Bazan went into cardiac arrest during a suspected hazing activity at a home on Custer Street occupied by members of the Sigma Pi Fraternity.

Blake Miller, a member of Sigma Pi who has no relationship with UB, told 2 On Your Side, “there have been too many incidents now where there have been injuries or even deaths as a result of hazing.”

During a telephone interview from central Illinois, where he resides after graduating from Illinois State University last spring, Miller said fraternities need to make a push “to change the culture and get back to what fraternities are meant to do, which is to provide a positive experience for young men.”

In a Facebook posting Miller, who says he was never hazed or participated in any hazing as a member of the fraternity wrote: “While I do not believe reports are fully confirmed, it appears he was lost as a result of a hazing incident carried out by men who I am ashamed to call my fraternity brothers, members of the school’s Sigma Pi chapter. As fraternity men, we must do better. I am tired of the often empty words and condolences that come with every fraternity-related death…change will take all of us.”

“I just bring back that pain again,” said Kim Burch of Williamsville, who along with her husband T.J. lost their son Nolan M. Burch to hazing in 2014 when, as a first-semester freshman at the University of West Virginia, he has plied alcohol at an off-campus home while rushing a frat.

Like the most recent death of the U.B. student, Nolan was also was on life support for several days before passing away.

“We know what that family has gone through and are about to go through, “said Mr. Burch. “And it’s not fun.”

The couple has since formed the NMB Foundation in honor of their son and to raise awareness of the dangers of hazing.

“We all need to be educated and we all need to work together,” said Mrs. Burch. “It’s not just our problem, its society’s problem. Hazing has really become an epidemic.

The UB Spectrum - the university’s student-run newspaper, published a story on Thursday where a dorm mate of Bazan’s described him as a serious student, whose study habits inspired others. The roommate also reported that Bazan’s family came to the Ellicott Complex dormitory on Tuesday to collect his belongings.

The Future of Frats at UB

Immediately after the incident involving Bazan last Friday, UB suspended the official activities of all fraternities and sororities associated with its campus.

“It will be in effect until at least the beginning of the fall semester,” confirmed Weber, who says a panel including students will review the policies of the school and the activities of fraternities and sororities both on and off campus, and help determine their value to the university.

Asked if their conclusions might possibly lead UB to ban fraternities, Weber replied, “anything is possible.”