Clinton Singleton and Jeremy Felmet have been partners for about a year, as sanitation workers for Modern. 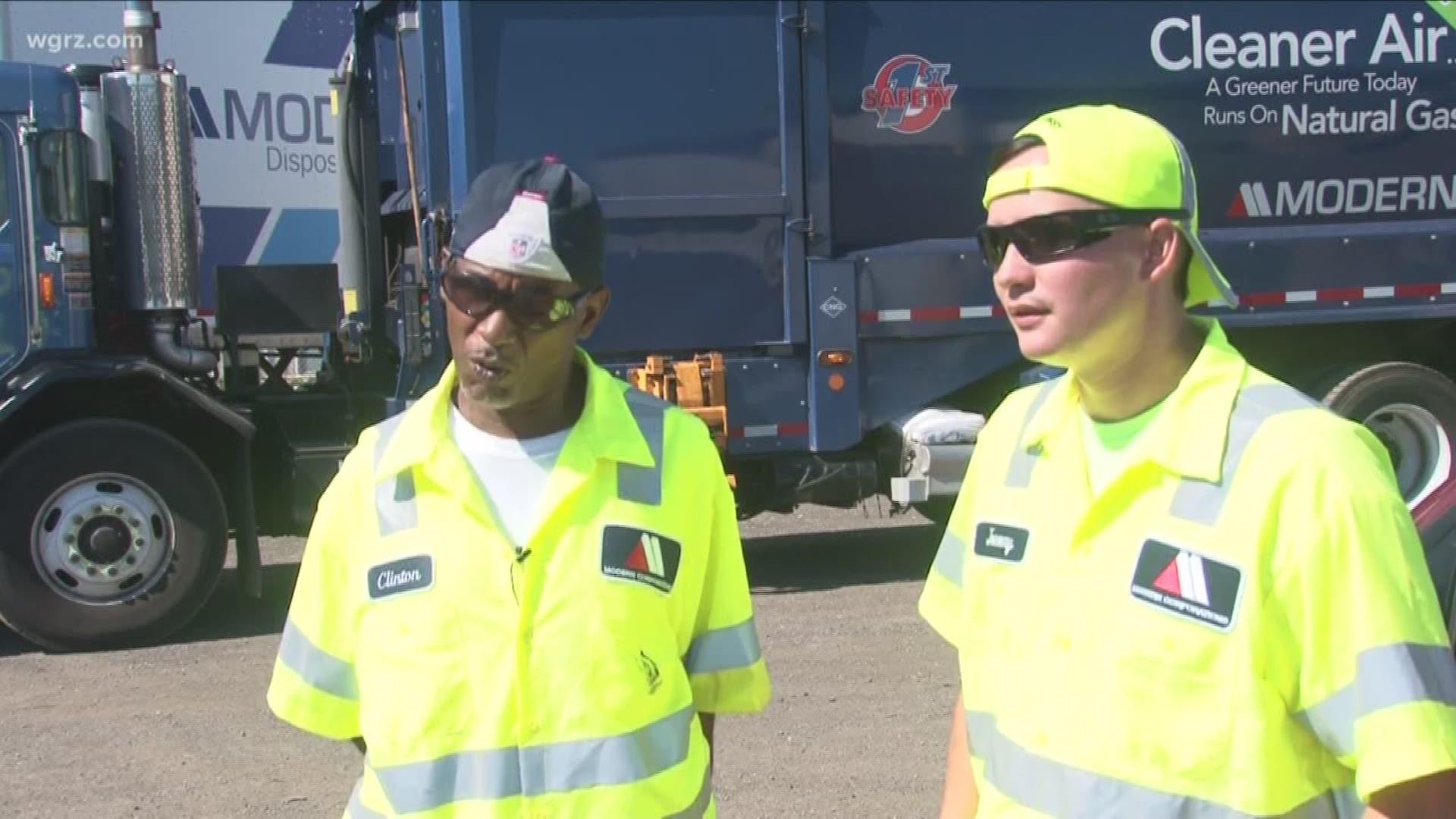 BUFFALO, NY - We're celebrating Western New York with one pretty awesome story. Two sanitation workers here in Buffalo turned into heroes on one of their daily routes earlier this month.

They saved two toddlers from walking into the middle of a busy roadway.

Clinton Singleton and Jeremy Felmet have been partners for about a year, as sanitation workers for Modern. They'll never forget what happened two weeks ago in Parkside, where they saw two kids in danger.

REPORTER: Let's be honest you guys have seen a lot, you guys see a lot on a daily basis.

"We see up and down the streets of Buffalo everything, we've witnessed everything," Felmet said.

"Well, we've seen kids sometimes right without their parents in front of the house, but not like this we just witnessed where it go like a whole block without no parent around," Singleton said.

Their route led them to the intersection of Crescent Ave. and West Oakwood.

Clinton and Jeremy say this is where they saw two toddlers heading towards Main Street, so what did they do? They used their truck block traffic in the intersection and raced down to Main Street to save the toddlers.

"The kids started to run a little bit," Felmet said.

They were just feet from speeding traffic.

"We caught the kids as fast as we could and we grabbed them, they were a little scared, but the most important thing was that we saved them," Felmet said.

It wasn't easy to find out where the kids lived.

"I just went door-to-door, 10-15 house radius to figure there got to be a parent somewhere around," Singleton said.

Clinton and Jeremy say they brought the kids -- who were brother and sister -- back to their mother at a home on Oakwood.

"She was very thankful and happy to see her kids, they just snuck out of the house," Singleton said.

Both men have been recognized by their employer. And both have kids of their own, Clinton with two adult children, Jeremy with three kids under 10.

REPORTER: I wonder if you are a little bit more protective of the little ones?

"Yeah I would say right now I am," Felmet said.