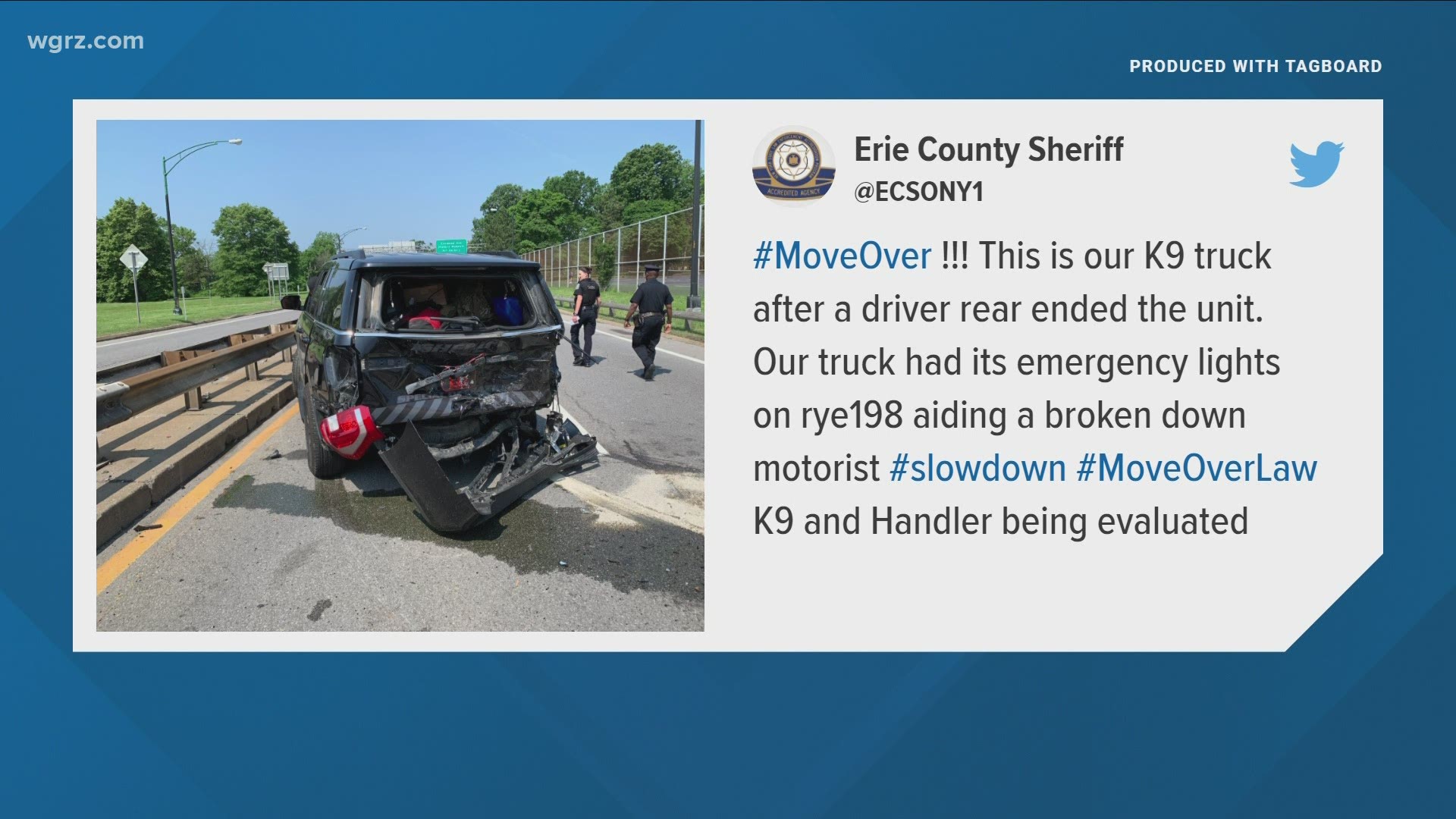 Investigators say a K9 united activated its emergency lights to aid a broken down vehicle in the westbound lanes of the 198 between the Delaware and Elmwood Avenue exits. Shortly after, another vehicle traveling westbound rear-ended the deputy's vehicle causing significant damage.

Both the deputy and his K9 partner were in the vehicle at the time and got medical attention. Their conditions are not known at this time.

While stopped at that accident, a sheriff's crash investigation vehicle was rear-ended in the eastbound lanes. It was stopped in the left lane with its emergency lights activated, according to the sheriff's office.

The driver who struck the sheriff's vehicle was evaluated by Buffalo Fire and paramedics.  That deputy was not in the vehicle at the time of the accident and not hurt.

Both accidents remain under investigation.